'As an investor, I feel Modi has done well during his tenure.'

'That said, some mistakes have happened like the demonetisation / cash ban.'

'As a foreigner who has been visiting India since 1973, I have to say in the last few years, there is a visible improvement in the Indian infrastructure and attitude of people, who have become much more commercial.'

'We foreigners would like to see him get re-elected.' 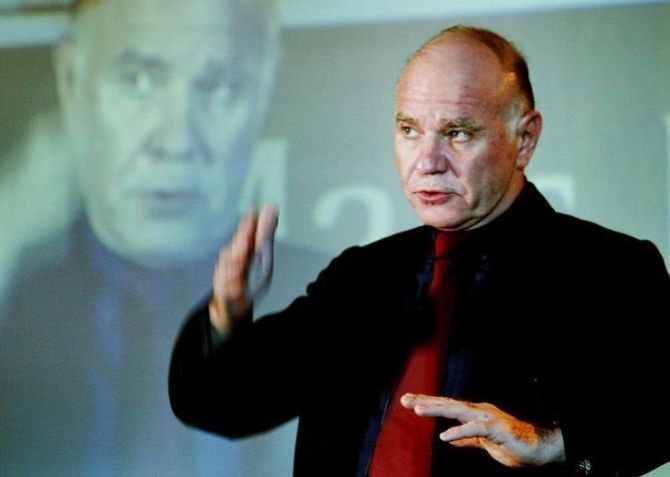 With the frontline Indian benchmark indices trading near all-time highs ahead of the general elections that begin later this week, Marc Faber, Editor and Publisher of “The Gloom, Boom & Doom Report” tells Puneet Wadhwa that the Indian stock market is relatively expensive, especially the index (large-cap) stocks. Edited excerpts:

What is your view on India as an investment destination ahead of the general elections?

I think Prime Minister Narendra Modi will be re-elected.

Economy-wise, that will be favourable.

As an investor, I feel Modi has done well during his tenure.

That said, some mistakes have happened like the demonetisation / cash ban.

Though Modi implemented it, it may originally not have been his idea and someone may have suggested it to him.

As a foreigner who has been visiting India since 1973, I have to say in the last few years, there is a visible improvement in the Indian infrastructure and attitude of people, who have become much more commercial.

We foreigners would like to see him get re-elected.

What if he doesn’t come back to power? Will you view India differently then?

Well, there may then be a different kind of quibbling in Congress and investment decisions may get postponed.

If he is re-elected and has a relatively strong mandate, things will be viewed differently.

How the political scenario plays out is a different ball-game.

We have seen this in the United States (US).

There are a lot of things going on behind the scenes, which we don’t know about.

How do you view India’s macro-economic situation?

We have to look at India relative to the rest of the world.

There is practically no growth in Europe and Japan.

Though the US economy is growing modestly, there is a huge build-up in government debt that is nearing $1 trillion a year.

The US and Chinese economies are likely to slow going ahead.

India, on the other hand, is a big economy where some sectors are growing and some are contracting.

If I have to choose between India and the US for investment, I will definitely invest in India.

There are companies, Nestle for instance, which are trading at a very high valuation.

I don’t see much value in Indian stocks right now.

Over the long term, however, India is an interesting story, provide there is peace and the whole world does not collapse.

Will you invest in Indian equities if Modi comes back to power?

I am not too interested at present in Indian equities.

As I said, the stocks are quite expensive.

India is a big country and I am sure there are some mid-or small companies that can grow rapidly over time.

So, if you look at the larger picture, the high price-to-earnings may be justified, but overall the index per se is not very attractive.

What do you expect from the new government in terms of policy action over the next five years?

The largest footprint of the Modi government has been infrastructure spending, which I think is very important.

This is one thing the new government must carry out.

If re-elected, Modi will carry this out more smoothly and speedily.

The other parties, however, have been talking about increasing the minimum wage.

Is this measure going to be helpful, and if so, who will pay for it? Who knows!

Globally, which markets are you investing in now?

I always prefer a diversified portfolio and look at which markets are inexpensive.

As compared to the rest of the world, the US markets seem expensive.

What strikes me is that the news has been very negative about Europe as well.

Globally, we have over $10 trillion worth of bonds that have a negative yield.

So, if there is a negative yield on the 10-year bond and one can find a company that is growing reasonably well, pays a dividend of 5 per cent, then such a company’s stock is more attractive than the bonds.

However, some insurance companies and pension funds do buy bonds with negative interest rate.

This is the first time in my life that I own European stocks in my portfolio.

I have owned them now for almost two-three years now.

Another reason to hold them are the large oil companies in Europe - Total, Royal Dutch Shell, British Petroleum and ENI in Italy.

I am not in love with these companies, but it is okay to hold them in my portfolio.

The dividend yield from these stocks is around 5 per cent, which is good.

I also hold insurance companies in Europe, which also have a dividend yield of 4-5 per cent.

I also own REITS (Real Estate Investment Trusts) in Singapore, which also have a yield of around 6 per cent.

Can the US head into a recession over the next 12-18 months?

I believe the next move by the US Federal Reserve (US Fed) will be to lower rates.

If that happens, the Singapore REITS will still do okay.

The US economic growth has been decelerating. Home sales are still far below their 2007 levels; consumption is not very strong and car sales are down.

Real estate market in the US, Canada and Australia is weakening. In some cases, real estate prices are down nearly 10 per cent.

In India, too, I understand the real estate market has been relatively weak.

The biggest investment of most households is in the property market.

While the stock market indicators suggest that all is well with the economy, the strong bond markets suggest otherwise.

Though the US economy can slip into recession, there is a political aspect to it as well.

Donald Trump is determined to get re-elected in 2020.

He will do whatever it takes to get back to power. And for that, he needs to have a relatively good economy.

Therefore, the US Fed may print money going ahead.

How big a threat is Brexit to the stability in global financial markets?

Brexit is an irrelevant issue. British economy is very small in the context of the world economy, especially the industrial production.

Brexit or no Brexit, it doesn’t matter to the world.

What matters is the huge global debt we have, the outlook for global interest rates and how the inflation will play out.

As of now, there is very little inflation in the system.

Oil prices are nearing $70 a barrel again. How high can we go from here?

Since we have a problem in Libya, oil prices could continue to go up in the near term.

The hardliners in the US would like to have a war with Iran.

This again is a political issue.

Economically speaking, the oil prices would rather come down simply because the global economy is weakening.

Also, oil conservation of oil and alternate energy sources have increased over time.

Ideally, oil prices should trade between $40-60 a barrel. 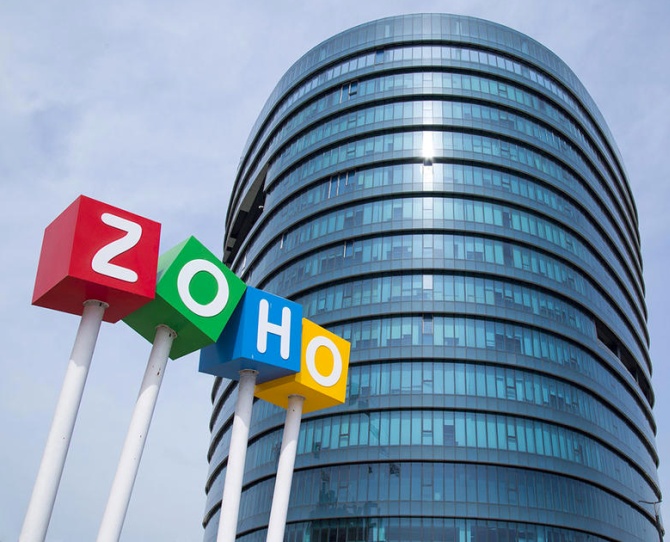