'2021 is the year of capital preservation' IMAGE: Celebrations at the Bombay Stock Exchange after the Sensex crossed the 50,000 mark for the first time, January 21, 2021. Photograph: Mitesh Bhuvad/PTI Photo

Independent stock market guru Ambareesh Baliga cautions investors who are sitting on 50 to 60 per cent profits on their capital and also reveals the presence of Robin Hood investors in the Indian stock markets.

"If I'm not wrong, then on an average, each of these investors must have brought in at least a lakh-and-a-half, or two lakh and this could easily add up to Rs 2 lakh crore, which is a huge amount. This force is bigger than the FIIs," Baliga tells Prasanna D Zore/Rediff.com about these Robin Hood investors.

Which proposals in the Budget brought cheers for the bulls? The market has been in frenzy since Budget day...

The biggest cheer was no proposal. In fact no (new tax) proposal or any introduction of COVID cess was the biggest sentiment booster.

Most market participants were expecting some sort of cess or increase in taxes. Other than that, the capital expenditure that the government intends to undertake in terms of infra is expected to kick-start the economy. That spend is another big sentiment booster.

On the tax terrorism side of it, the reduction in the duration of opening tax files from six years to three years is another positive move.

The increase in FDI limit to 74 per cent in the insurance industry will help the sector in a huge way and so companies in this sector did get a leg up from this move.

The finality on the scrappage policy which has been due for the last two years has come, the fine print of which will be released in the next 10-15 days. That is a booster for the auto sector.

Is there no negative in the Budget that could spoil the party for the bulls after one gets to read the fine print of the entire Budget?

There is nothing majorly negative as such, and now that we know there is no COVID cess, one can say that the Budget was a pretty decent Budget.

There were no major surprises, nothing which is completely out of the world, in the sense that it is not a game-changing Budget. It's not a 1995 Budget.

The major booster, of course, was not having a cess.

The market seems to have taken the 9.5 per cent fiscal deficit in its stride and doesn't seem to be too worried about it ballooning to 6.8 per cent the next year.

The market should get worried about the fiscal deficit (for the next year).

One can understand a fiscal deficit of 9.5 per cent this year because of the COVID (-related stimulus packages announced by the finance minister).

We need to get back to fiscal prudence at the earliest.

Looking at the targets they have given looking at fiscal prudence may take couple of years. That is a medium to long-term negative. But I think people are clearly ignoring that for the time being.

The reason why we are ignoring it is because they are saying that this is what has happened across all the countries; it's a global phenomenon and nothing that is India-specific.

Which sectors will be the biggest beneficiaries of this Budget?

The biggest beneficiary will obviously be the infrastructure sector, and everything related to infrastructure which includes the automobile sector as well as cement. The auto sector will have the double benefit of rthe scrappage policy as well.

Would say that the proposals tabled by the finance ministers were worth a 2300 point Sensex rally on Budget day?

The reason for that one day move was that after we have had a stupendous move in the last so many months (since the COVID low in March), the last one week we saw a five per cent crash in expectation of higher taxes or the additional burden of COVID cess.

Since that did not happen, it was more of a kneejerk reaction on Budget day. It looks like because of the good sentiment it will continue for a couple of days.

But has this Budget started a new bull run? I don't think so.

The valuations are already stretched and I think we (the current valuations) are already discounting the next six to eight quarter (earnings of companies).

Do you see the markets consolidating post this Budget rally or will they crack under the weight of overstretched valuations?

The way I see it is it has to correct and if the correction is more than six-seven per cent, which I've been saying for a while, then after that the crack will be much deeper because that will be the time when these Robin Hood investors will start panicking.

Is the Robin Hood investor phenomenon (external link) also playing out in India?

That is playing out very well in India because all those guys who are sitting on cash, or who had the cash (during the pandemic are invested into the markets).

If you look at the mix of these new investors, either they are businessmen, whose businesses were not doing too well (during the pandemic) and they got into the markets and they have made money out here; or, they were unemployed (during the pandemic) or they were partially employed or homemakers, even students have got in (are invested into the market).

If I'm not wrong, then on average, each of these investors must have brought in at least a lakh-and-half, or two lakh and this could easily add up to Rs 2 lakh crore, which is a huge amount. This force is bigger than the FIIs.

The only difference is they are not visible in the sense that they don't work in unison just like what we have possibly seen in GameStock, which is what may not happen in India because of the regulations and measures put in place by Sebi (the Securities and Exchange Board of India, the stock market regulator).

But we are seeing that (the impact of investments made by Robin Hood investors) in terms of major stocks that have moved.

These guys have been investing in the mid-caps and the small-caps. And quite a few of them are into F&O (futures and options -- derivative market trading which is considered riskier than investing into equity markets) also.

The best part is all of them have made money and that brings to us to the question how will they react when they start losing money.

One only hopes that they have not entered the markets on borrowed money or playing leveraged bets. They will really start panicking when they start losing money.

That is normal investor psychology. You put in first 50,000 bucks, you made money on that and because you have made money you are pulling out your FDs, or borrowing from elsewhere and investing more in the market.

Someone who has invested a lakh in the market in last March and April and has made money may have invested Rs 5 lakh or more today.

Now, when you lose money (if the market cracks now) you are losing money on a higher amount, higher base. Once you lose around five-seven per cent out of this invested amount you start panicking.

Is the PSU bank privatisation theme also playing out in the market?

To an extent it is playing out (PSU banks are rallying in anticipation) on the two days beginning from February 1, but we don't know which banks (the government would put on the block for privatisation).

My assumption is it would be one of the smaller banks. They will surely not privatise a PNB or a BoB.

The government's intent is clear; the only question is the execution.

We have been hearing about (privatisation of) BPCL for a while now, but that's not happened. LIC (IPO) was on for more than a year now and it will happen only now (fiscal year 2021-2022).

Execution is a major issue out here. Even for the current year, they have fallen short (out of the intended divestment proceeds of Rs 2.1 lakh crore the government could manage only Rs 20,000 crore in financial year 2020-2021).

What was the boldest announcement according to you in the Budget that has helped the markets to skyrocket?

I don't think there was any bold announcement as such, but the bold measure was to not tax people further.

Where do you see the Sensex on the eve of the next Budget?

I will not be surprised if the Sensex is a bit lower than where we are today.

It could move up in the meanwhile, but then since we have already discounted (earnings of) at least next six to eight quarters we would have the Sensex around the same level or may be bit lower.

Your advice to investors...

I have been advising investors since the last couple of months to at least take their capital out.

Most of the people have made 50-60 per cent in the market, if not more, they must at least take their capital out (If one has invested Rs one lakh in the market and made 50 per cent profits on that capital then take out the one lakh they have invested).

The year 2020 was, especially post June-July rally, the time to make supernormal profits in the market. But 2021 is the year of capital preservation.

And for mutual fund investors...

MF investors having SIPs should continue as it is a long-term investment methodology which evens out market cycles.

However, those who had invested lumpsum in equity MFs in the last two-three years should look to book out partially.

Stocks or sectors that you would bet your money on...

Sectors that would outperform will possibly be old economy sectors like cement, infrastructure, automobiles. But we should remember that they have already moved quite decently in the past year and so I would advise caution. 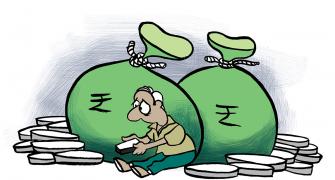 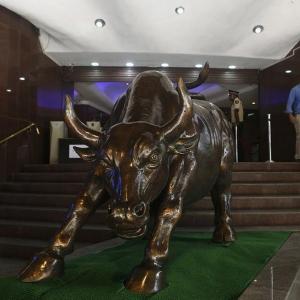