India beats even China and US in groundwater extraction, which is perhaps why the rate of groundwater depletion in the country has increased by 23 per cent between 2000 and 2010.
A recent experience of a Jal Chaupal, water budgeting meeting, in Mahuee, a village in UP’s Banda district, made me realise that every drop counts after all, says Geetanjali Krishna. 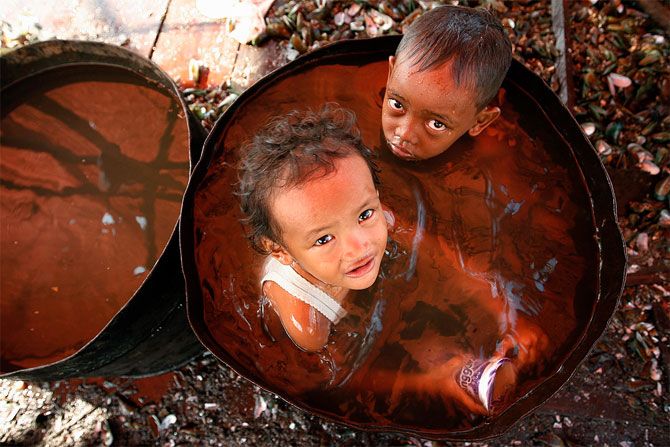 Recent reports have calculated that the almost a quarter of all groundwater extracted globally is extracted in India.

India beats even China and US in groundwater extraction, which is perhaps why the rate of groundwater depletion in the country has increased by 23 per cent between 2000 and 2010.

Many people react to such news with a shrug - after all, isolated individual efforts would be little more than drops in the ocean.

But a recent experience of a Jal Chaupal, water budgeting meeting, in Mahuee, a village in UP’s Banda district, made me realise that every drop counts after all.

As the monsoon clouds rumbled ominously overhead, a group of 50-odd people gathered in a government school classroom where Sadashiv and Prashansa Gupta of Akhil Bhartiya Samaj Sewa Sansthan were waiting to kick off the meeting.

Using a tool developed by WaterAid, they asked the group to estimate their individual water usage by activity - bathing, laundry, toilet, kitchen, livestock and more.

Amid good-natured ribbing and a lot of laughter, the group collectively estimated exactly how many buckets of water they used daily for different tasks while Sadashiv painstakingly entered the figures on a water consumption table on the wall.

By now, the entire group was involved in the water budgeting exercise.

Everyone wanted to speak in the next part of the activity - water availability.

They enumerated every single water source in Mahuee while the facilitators estimated how much water each is capable of providing, highlighting the gap between the demand for water and its actual availability.

Then the group collectively estimated groundwater depletion in their village by comparing the depth of new and old wells and tube wells.

Using the example of a bank account which would run out of money if there are more withdrawals than deposits, the two facilitators ended the meeting by driving home the importance of recharging groundwater aquifers to ensure continued availability of water.

As the numbers kept adding up on the table, many in the room started looking visibly uneasy.

For Munni Devi, as for others in the group, the meeting was eye-opening.

“It has made me realise that even though we are drought-stricken every summer, we use so much water,” exclaimed Munni Devi, 40 years old and heavily veiled.

A young wag sitting behind her declared that the best way for him to help save water was to bathe once in 10 days.

Everyone laughed but seriousness returned when an older man in the group pointed out that earlier, when their village pond had water, they’d bathe their animals there.

“Since the pond dried up about three years ago, we’ve been using fresh tube well water for this purpose,” she said.

“The Jal Chaupal has made me realise that even people like me who live in a state of acute water shortage can cut down on water usage by becoming more conscious about it.”

As the meeting ended, I realised that collectively making their own water budget had perhaps brought home the urgency of the water crisis that’s looming over us all today.

Back in Delhi where my neighbours were having their driveway hosed down with as much fresh water as Munni Devi uses in a day, it struck me that perhaps what we need is Jal Chaupals in our water-greedy cities too - not just in villages like Mahuee. 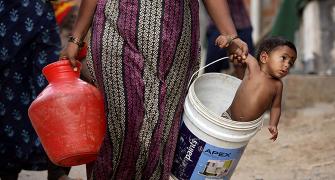 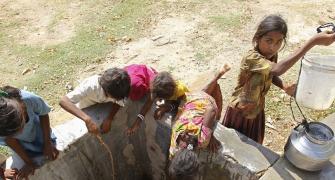 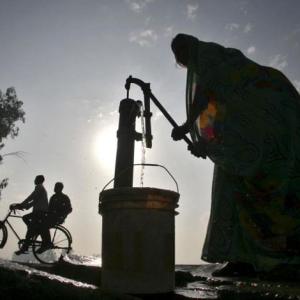