What is unusual about the current period of slow growth is that it has come without an external driver -- high oil prices and/or successive monsoon failures -- as was the case with all previous periods of slowdown, going back 50 years, notes T N Ninan. 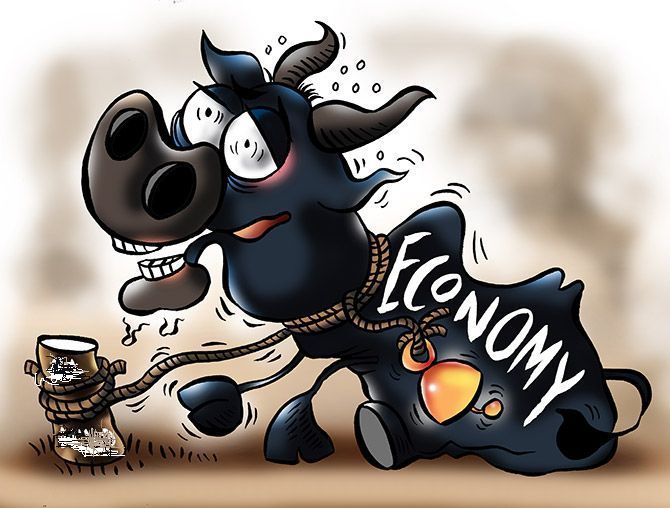 The narrative preferred by many if not most economic commentators is that the Modi government has not done well by the economy.

The near-consensus is that the promises Prime Minister Narendra Damodardas Modi made during the 2014 election campaign have not been delivered, and the prospects for the immediate future are not bright.

Certainly, there is no gainsaying that the government has bungled with key economic initiatives, regressed to protectionism, and done poorly on the jobs and trade fronts.

Most importantly, if one assumes that growth this year is 5 per cent, and next year will be 6 per cent, growth over the three years to 2020-2021 would have averaged barely 5.7 per cent.

That number is worse than the one for the much-derided final three years of the Manmohan Singh government (6.2 per cent), and not seen since the earliest years of the new century.

The critics have been given enough grist for their mills to keep grinding.

You wouldn't have guessed this from Nirmala Sitharaman's evasive Budget speech, which was textually shorter than many of her predecessors' speeches, and lengthened only by Ms Sitharaman's tendency to repeat sentences for emphasis.

She could have been forthright with an acknowledgement of the slowdown by highlighting the Modi government's full record.

After all, its first four years averaged 7.7 per cent growth, and the two periods combined would average 6.9 per cent for seven years.

This up and down continues a pattern of the last quarter century and more.

Low growth in the Singh government's final three years was preceded by three years that averaged a creditable 7.5 per cent, belying the global financial crisis of that period.

Similarly, the low point of 2000-2003, averaging 4.2 per cent, was preceded by a triennium averaging 6.3 per cent, and succeeded by rapid acceleration.

In short, growth can be slow, fast, and then slow again -- and there could well be causative links.

What is unusual about the current period of slow growth is that it has come without an exogenous driver -- high oil prices and/or successive monsoon failures -- as was the case with all previous periods of slowdown, going back 50 years.

That is what makes the current phase a more serious issue than earlier slowdowns.

If the seas are mostly calm, and yet the Indian economy performs poorly, there must be something wrong with the ship of state.

Before going further, it is worth noting the socio-economic changes that Mr Modi has wrought: Dramatic improvements in access to financial services, clean cooking fuel, toilets, electricity, digital transactions, and now free medical insurance, not to mention cash handouts for farmers.

In addition, as Ms Sitharaman mentioned, macro-economic balances are comfortable, including on core inflation.

Her reference to the fiscal challenge fell short of an explanation and therefore offered no answers.

Still, the transport infrastructure has improved, as has the digital one.

There is striking growth in data consumption, and improved access to higher education.

In another few years the metrics on all of the above should improve further. Many lives are being transformed.

Mr Modi's critics often fail to acknowledge these changes and their importance.

This may well be because the failures are both manifest and urgent: The worsening picture on employment, the loss of momentum in consumption, its downstream impact on investment, the stagnation in exports, legislative inaction on key aspects of policy reform, the many challenges confronting farmers, and much else.

To that list you could add the fear factor and institutional erosion.

Mr Modi and his Cabinet colleagues need to get over their hostility to any and all criticism on such issues, and frontally address the jobs problem because it is central to tackling the growing inequality and uneven sharing of the benefits of growth.

Ms Sitharaman has tried to address some of these in her speech, but the general impact after 160 minutes has been underwhelming.

More needs to be done on more fronts, and sometimes differently, than is now the case.

If that effort is mounted and growth revives, the Modi government's economic record could still shine.

If not, the next phase of rapid growth will be some time coming. 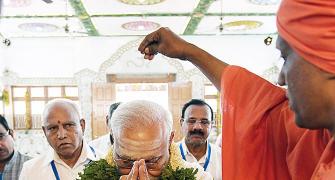