'A buoyant market economy is one which is led by the innovation and imagination of private persons,' notes Ajay Shah. 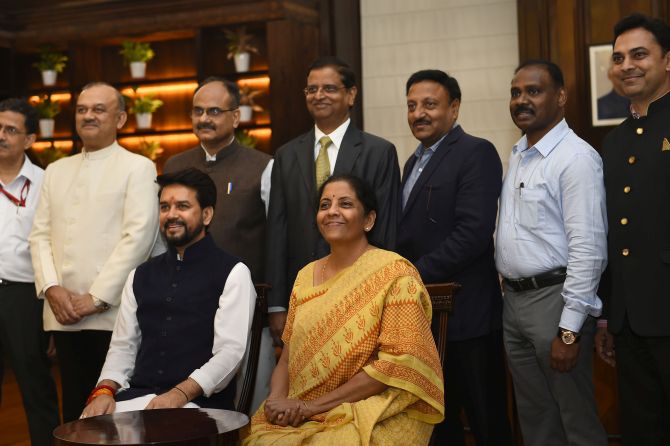 The first Budget speech after the general election gives us a window into the strategy for economic policy for five years.

The prime focus in the July 2019 Budget speech seems to be on schemes, and on enlarging the government.

There are concerns about the extent to which this is compatible with the evidence of an economic slowdown in the last year.

Conceptually, we need to fuel buoyancy of the market economy, which will yield the tax revenues for welfare programmes.

The first Budget speech of a new government is a particularly important one.

Sometimes, immediately after the election, there is a new team that has yet to find its feet.

This year, there was continuity in the team, so the Budget speech reflects a thought out strategy statement by an established team.

Some observers have criticised the Budget speech as being low on specifics, on promising to evaluate something instead of actually announcing it, on announcing expenditure plans and not backing them up with precise or adequate magnitudes of resourcing.

However, once we see the Budget speech as a strategy statement for five years, these approximate statements are perfectly admissible and in fact rather useful.

We should read the Budget speech as giving us insights into the worldview of economic policy-makers, of the policy pipeline for five years.

The Bharatiya Janata Party has pushed many welfare programmes in its previous period, and has argued that successful delivery of welfare was key to its electoral success.

Reflecting this, the main emphasis of the speech is on the expansion of existing programmes and the initiation of new programmes.

This raises the question of resourcing.

In the international experience, welfarist governments have worked when the engine of the market economy works well.

Welfarism has worked poorly when the foundation -- a rapidly growing private economy -- is not in fact present.

The key lever to obtain higher tax revenues is not a few per cent here and there of higher tax rates.

In order to make welfarism work, we have to nurture the foundations.

In the recent year, we have seen some concerning economic data.

The engine of the market economy is not faring so well.

This has adversely affected tax revenues.

When GDP is lower, metrics such as the deficit/GDP ratio and the debt/GDP ratio become higher, which impacts upon the cost of government borrowing.

From the viewpoint of fiscal soundness, the most important metric is the primary deficit.

The simple rule which yields fiscal soundness is a country that achieves a small primary surplus in most years (for instance, eight to nine years out of each 10) is in good shape on fiscal soundness.

The Budget data released show we are running at a primary deficit of about a half trillion rupees a year.

While this is not as good as running a small primary surplus every year, it is not a big shortfall.

It is not hard to achieve a fiscal correction of a half trillion rupees.

By this reasoning, we are not far from a sound fiscal position.

This sanguine assessment must be adjusted by fiscal data experts who would need to carefully bring in adjustments to the reported Indian fiscal data.

Another effective way to watch for incipient fiscal stress is rising interest payments.

These are high growth rates, potentially higher than GDP growth, in which case the interest/GDP ratio would rise.

These facts would also need to be adjusted to reflect interest payments on off-balance-sheet debt.

A key feature that emerges from the Budget data is the size of the government.

A dynamic and successful market economy is one in which government is small.

The most important metric of the size of the Union government is non-interest government expenditure.

If we subtract out 4% inflation, then this involves real growth rates of about 12% and 10%.

These are fairly high growth rates.

This will interfere with the engine of a buoyant market economy.

A buoyant market economy is one which is led by the innovation and imagination of private persons.

Is it the strategy of the government to achieve a large expansion of the Union government, relative to the economy, over the coming five years? There may be another explanation.

From 2015 onwards, however, inflation has dropped substantially.

We used to have a thumb rule of 8% inflation in India, but the RBI Act now embeds a 4% inflation target for RBI.

The full power of the central bank, as an institution, is now devoted to achieving 4% CPI inflation.

Once we get used to 4% inflation, our thumb rules about nominal changes need to shift in favour of lower values.

As an example, 12% nominal growth was once quite normal and acceptable in fiscal planning.

With the traditional 8% inflation, this corresponded to about 4% real growth.

But with inflation down to 4%, a 12% nominal growth implies an 8% real growth, or a doubling every nine years in real terms. 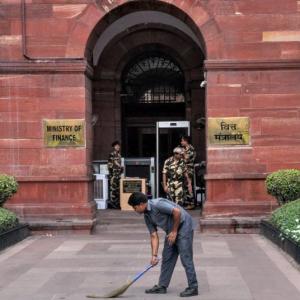 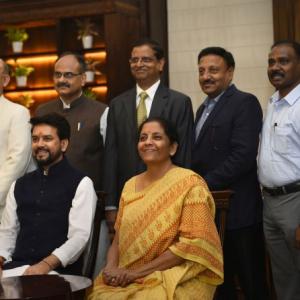