The rise of India's Silver Generation

The seniors are no longer just being used as props in happy family photographs in ads. They are being wooed by multiple categories, ranging from travel to automobiles to investments to diapers, says Ambi Parameswaran. 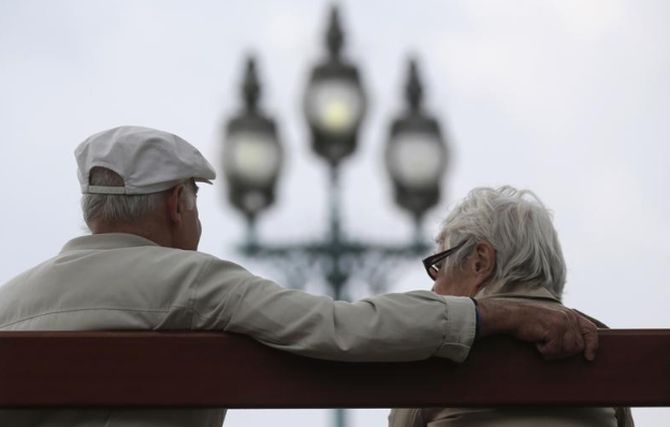 In the late 1980s there was a rather popular ad on Indian television for Bajaj Bulbs that had a highly hummable jingle which went something like this -- ‘When I was a young boy I was a naughty little brat, but now I am a boodha  and I live on tablets, but Bajaj still fills my life with light’.

I wonder if the ad in its original form will get a positive reaction today; or will it get critiqued for being so derogatory about the aged.

The aged in India were shown to be consumers of pills potions and Chyawanprash, who went on pilgrimages. And prayed through the day. That was then when the aged were called the boodhas.

But that definition went through its first change two or three decades ago when they were renamed a more respectable “senior citizens”, now in marketing lexicon they have developed an even better name, “silver generation”.

The seniors are no longer just being used as props in happy family photographs in ads.

They are being wooed by multiple categories, ranging from travel to automobiles to investments to diapers.

It may come as a surprise to some of the readers that the magazine Modern Maturity was once among the largest circulated magazines in the US.

So the western markets discovered the Silver or should I say Gold in the senior citizen segment many years before they were spotted in India.

Demographers tell us that we have around 130 million senior citizens in India, roughly 10 per cent of the overall population.

The growth in the number of elderly is being driven by increased life expectancy (moving from 68.35 to 75.9).

Interestingly, the gender ratio is highly skewed towards women (63:37) today and this may undergo some change in the next three decades.

The Aegon Retirement Readiness survey (2018) says that nearly 49 per cent of Indians are confident of their healthcare expenses after quitting full time work.

The Orb Media study that tracked attitude towards elderly across the world showed that there was no meaningful correlation between average GDP and respect towards the elderly.

May be that explains the Indian “readiness” score.

There could be many factors helping the rise of the “Silver Generation” in India.

For one many of them, at least in the upper- and upper-middle classes in urban India own the home they live in.

The Agewell Foundation study puts the number at 70 per cent.

This is a big contrast to the previous generation who may have lived in rented houses all their lives.

Moving into their children’s homes (mostly sons) when they retired.

With that one big expense handled, they do have a lot more stability in their lives.

The second factor leading to readiness could be the bigger roles daughters are playing in the well-being of their ageing parents.

So there is a Plan B, in case of trouble.

The “Silver Generation” today have managed to save enough to take care of their daily needs and the occasional  treat.

The more affluent are indeed splurging on multiple luxuries.

I know of friends who have decided that they will holiday at least once a month in India and at least, once a quarter outside India.

I suspect a large number of Indians cheering the Indian team in the ICC World Cup are the “Silver Generation” cohorts.

The growth in numbers and the growth in their affluence is opening new markets for products and services.

There is of course the growth of managed care homes in key cities like Pune and Coimbatore.

There is also going to be a boom in packaged tours for the Silver Generation.

This has been a big market in countries like the US and Japan.

We will start seeing this boom in India; I submit there will be multiple segments in this too.

The ultra luxury, the mid-market and the economy travel segment.

Even products that could be classified as unmentionable such as adult diapers are taking wings and beaming their messages on national television.

The success of Saregama Carvaan is directly correlated to the rise of the “Silver Generation”.

I feel this is just the tip of the iceberg. We will soon start seeing other products being tailored for the Indian Sliver Generation.

Curated nutrition products are waiting to hit the mainstream and I think they will find ready takers.

In fact, “Silver Generation” also need their own fashion labels, dresses that are easy to wear, easy to wash and great looking.

Why should my aged mom be dressed only in a dowdy nightie? Why can’t someone create a modified sari that can be worn by the elderly?

More and more ads on television and digital media will start presenting interesting products and services for the “Silver Generation”.

And then we can truly say that they are no longer ‘Goli Khake Jeeta Hoon’ but are the ‘Masti Karke Hasta Hoon’ generation. 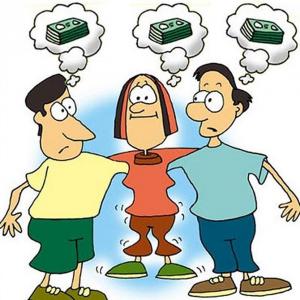