It is mystifying how the NSE, a near-monopoly, gets protection, as the February 24 episode shows, when it is competition and accountability that should be the regulatory objective, says Debashis Basu. 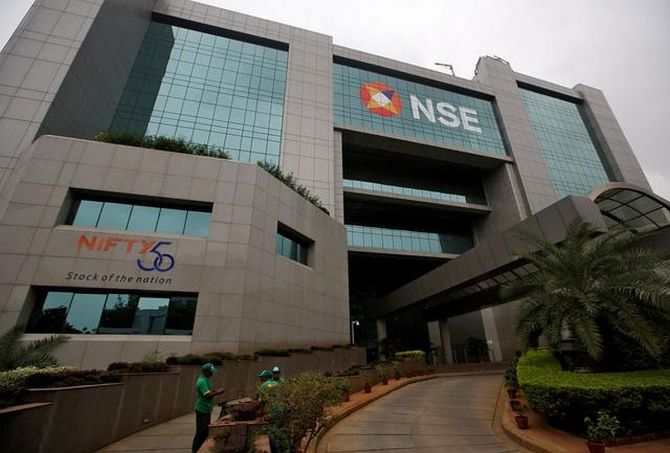 At 10.06 am the live ticks for the NSE indices stopped. But the NSE kept the market open.

Then at 11.40 am, the NSE shut the derivatives market and, after three minutes, the equities market. There was no prior notice.

Then, NSE Clearing Ltd, a wholly-owned subsidiary of the NSE, responsible for clearing and settling all trades executed on the NSE, and its risk management function, shut. The market remained shut for the next four hours.

There was no communication from the NSE. Brokers and investors assumed that the market would not reopen.

At around 2.30 pm, Zerodha, India's largest broker, messaged its customers that it would exit the intraday equity NSE positions on the BSE.

Since there were no further updates from the NSE, around 3.10 pm, Zerodha and other big brokers squared off certain types of positions to reduce risk for customers.

However, suddenly around 3.17 pm, after all intraday equity positions were squared off, the NSE 'abruptly informed' (according to Zerodha) that there would be an extended trading session from 3.45 pm to 5 pm.

Had the NSE 'informed brokers of a potential reopening or extension of trading hours, at least by 3 pm, we, along with many other brokers, would not have had to take risk mitigation measures and square off positions on the BSE. Unfortunately, because there were no updates given to brokers, we had no other choice,' said Zerodha.

This caused losses for many investors.

This highly mismanaged episode was the 10th serious glitch suffered by the NSE since July 2017, that is, in the last three-and-a-half years.

This time, the NSE blamed its problems on two telecom service providers. Their links were unstable, said the NSE, and that resulted in 'an impact (on) the online risk management system of NSE Clearing'.

While the NSE's trades are cleared by NCL, trades on the BSE are cleared through Indian Clearing Corporation Ltd.

The biggest issue in this episode was the failure of the interoperability of these two clearing houses, which are mandated by the Securities and Exchange of Board of India.

More than two years ago, on November 27, 2018, Sebi announced inter-operability between these two to help brokers consolidate their clearing and settlement functions at a single clearing house, irrespective of the stock exchange on which the trade is executed.

If Sebi had ensured this, the situation of February 24 could have been easily tackled. All NSE trades would be moved seamlessly to the BSE.

Strangely, a press release from Sebi claimed that inter-operability worked fine since the 'trading turnover at the BSE in the equity segment jumped to Rs 40,600 crore ... compared to an average daily trading turnover of approximately Rs 5,200 crore during the previous 30 days'.

There is just one problem with this. This Rs 40,600 crore includes over Rs 29,000 crore of block deals done in the Bosch scrip at 8.57.44 am half an hour before even the normal market opened!

Stripped of that, the figure is slightly more than Rs 11,000 crore -- less than double the BSE's daily market volume.

The NSE itself admits that it closed because NCL's online risk management system did not work. So, brokers and their investors couldn't trade on the BSE and became prisoners in the NSE system.

"All noble intentions of Sebi and the ministry of finance have been brought down to earth by the NSE and NCL breaking down at the same time," said a source.

The BSE has complained to Sebi, saying it was 'anti-competitive and unethical on (the) part of NCL to stop its operations to preserve NSE monopoly and hold the market to ransom'.

But with Sebi batting for the NSE and insisting that inter-operability worked (despite the NSE itself admitting NCL had stopped working) the BSE's complaints may fall on deaf ears.

Sebi's press release also asserts that trading outages are an area of concern all over the world. Nevertheless, the glitch, its subsequent mismanagement, and poor communication to traders, causing losses, raise too many serious questions.

One, the NSE should have restarted from the disaster recovery site after 45 minutes, but it decided not to. It hasn't explained why and Sebi is fine with it.

Two, why did the NSE announce reopening the market as late as 3.18 pm, when brokers had squared off almost all intraday positions on the BSE?

Three, the NSE itself admitted that NCL wasn't working properly and brokers could not upload collateral on the NCL site. So, how did Sebi claim inter-operability worked?

Shouldn't Sebi's technical advisory committee have gone into this issue before the regulator gave the NSE and NCL the clean chit?

In 1992, when the NSE was conceived, the idea was to offer strong competition to the unruly BSE. The situation has long reversed.

Over the last two decades, the NSE came to dominate the system so much that it has repeatedly got away very lightly for a series of wrongdoings such as allowing tax evasion through client-code modifications (2011), handling the fat-finger crash of (2012), irregular appointments to the top (2012), trying to crush competition (2008-13), bypassing Sebi rules, pulling off lucrative acquisitions in unrelated businesses (2009-12), and then the monumental algo scam (2010-14).

All this was odious but somewhat understandable when the NSE management was backed by powerful political connections.

Now the NSE has a new team at the top after the algo scam.

It is mystifying how the NSE, a near-monopoly, gets protection, as the February 24 episode shows, when it is competition and accountability that should be the regulatory objective. 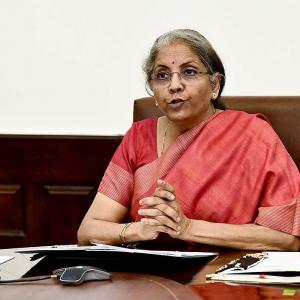 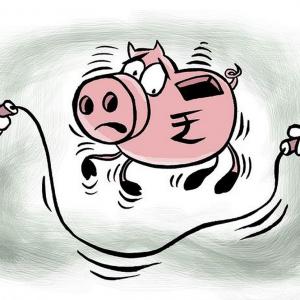