News
Business
Movies
Sports
Cricket
Get Ahead
Money Tips
Shopping
Sign in  |  Create a Rediffmail account
Rediff.com  » Business » Is our money in the banks safe?

Till Infrastructure Leasing & Financial Services Ltd and Diwan Housing Finance Corp Ltd stole the limelight in the second half of 2018 for all the wrong reasons, ballooning bad loans in the Indian banking system held centre stage.

The mis-governance of a multi-state urban cooperative bank, which was run by a real estate developer, leading to its collapse, has changed the narrative.

Since the Reserve Bank of India clamped down on the bank and restricted withdrawal of deposits (capped at Rs 50,000 now), at least six depositors have died because of stress and the fear of losing their life's savings.

There is panic all around and everyone seems to be wondering how safe is depositors's money in the Indian banking system.

All deposits are insured, but not for the entire amount.

If a bank fails, a depositor (irrespective of the number of deposits) can get up to Rs 1 lakh from the Deposit Insurance and Credit Guarantee Corporation, a wholly-owned subsidiary of the RBI.

The post-Independence banking crisis in West Bengal had set the ball rolling, but the deposit insurance scheme came into force in 1962 after the collapse of the Palai Central Bank, triggering a run on all banks in Kerala.

Since then, the amount has not changed.

The insurance cover in most other countries is far higher.

In developed markets such as the UK, the first £85,000 of one's savings is protected if a bank/building society goes bust; for a joint account, the limit doubles.

The banks in Europe offer €100,000 compensation to the savers and the Federal Deposit Insurance Corporation in the US insures up to $250,000 per depositor.

In neighbouring nation Sri Lanka, the cover is for Rs 2 lakh per depositor; in Bangladesh, it's Rs 1 lakh.

The Rs 1 lakh limit covers at least 90% of the accounts (barring government deposits, all other accounts are mandatorily covered) and 29% of the deposits, but it is pretty low vis-à-vis most other countries in relation to per capita income.

In 2008, when the collapse of Lehman Brothers Holdings Inc. plunged a large part of the world into recession, there were discussions on raising the insurance cover, but the RBI refrained from doing so as it did not want to create an impression that the Indian banking system was unsafe.

Indeed, not a single commercial bank has been allowed to fail ever since India embraced economic liberalisation in 1991.

There have been cases of a few banks teetering on the verge of collapse, but on every occasion the RBI stepped in and stitched together mergers of the weak banks with the stronger peers to protect depositors.

Between 1963 and 1992, DICGC offered full insurance cover to the depositors of seven commercial banks and another 20 banks's depositors got part of their money.

Cooperative banks started coming under the cover in the late 1960s.

Since then the depositors of 351 such banks have received Rs 5,118 crore (Rs 51.18 billion) as full or part payment from the DICGC which takes care of depositors when a bank goes bust or when a bank gets merged or reconstructed by the regulator.

Clearly, the depositors of cooperative banks need the maximum protection.

There are 1,545 urban cooperative banks with a Rs 4.7 trillion deposit portfolio and 44 of them are present in more than one state.

How does DICGC raise the cover?

DICGC's reserve ratio or money available with it as a percentage of insured deposits is just 2.7%.

Should it be raised for all or DICGC should opt for risk-based premiums -- the more vulnerable the bank, the higher the premium?

There could be a hybrid model too where after a certain limit, the graded system kicks in.

While the high street banks may not like the idea of subsidising the urban cooperative banks forever, there is a flip side to the risk-based premium arrangement.

The riskier banks will have to pay more and this will affect their already fragile health.

Also, even though the premium will be based on the confidential rating of a particular bank, people will know how much the bank is spending for the insurance cover from its balance sheet and other regulatory filings and this will affect its deposit flow.

Incidentally, Bangladesh has opted for risk-based premia -- 0.10% for the so-called problem banks, 0.09% for early warning banks and 0.08% for others.

Certainly, a depositor's full exposure to a bank should not be guaranteed as there is a moral hazard-- once the full amount enjoys insurance cover, a bank will not be meticulous in its health care.

The FDIC, an independent federal agency insuring deposits in at least 5,400 US banks and thrifts, also examines and supervises certain financial institutions for safety and soundness, performs certain consumer-protection functions, and even manages receiverships of failed banks.

DICGC does not do anything beyond offering the cover.

An independent resolution corporation can take care of all this.

In fact, the Financial Sector Legislative Reforms Commission has recommended creation of such a body but this has been kept on hold.

The Financial Resolution and Deposit Insurance Bill, which has envisaged this, is pending before a Joint Parliamentary Committee.

The objective of the Bill is resolution of deposit-taking bankrupt financial intermediaries, while the Insolvency and Bankruptcy Code takes care of the resolution process for ailing non-financial firms.

Media reports suggest that the finance ministry has started work on reviving the Bill more than a year after the proposed insolvency law for financial institutions was withdrawn by the government. 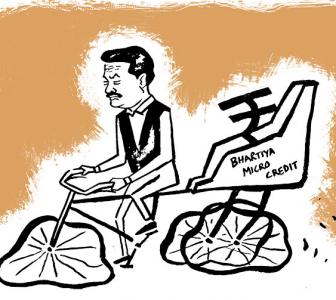 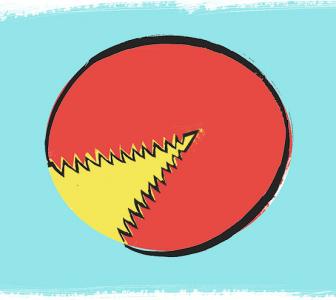