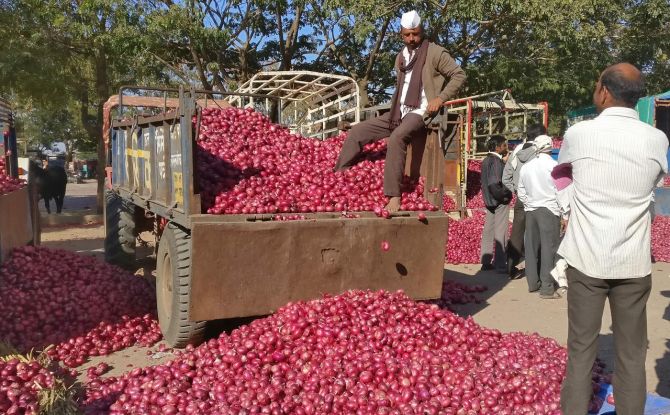 Economist Ashok Desai has a marvellous little book that provides insight into the workings of the Indian economy and the crafting of effective economic policy.

He calls it The Price of Onions.

Mr Desai shows that a relatively small fall in the onion crop leads to a huge surge in the price of onions.

Every student of economics learns in her very first class that supply curves slope up, and demand curves slope down.

So when supply falls, the price rises until demand matches supply.

Mr Desai explains that for an item like onion, which is widely consumed but makes up a tiny part of the family budget, we need a very large rise (10 times) in the price before we reduce consumption enough (10%).

Economists like their language to be as opaque as their theories, so they call this 'inelastic demand'.

A typical year will see onion prices range from Rs 3 to Rs 30 per kg as crop patterns change supply against reasonably constant demand.

Mr Desai continues: 'Suppose now that you are the minister of civil supplies in the BJP government.

'The newspapers carry news every day of rocketing onion prices.

'The Congress is organising demonstrations which draw housewives by the thousand.

'Coalition partners are threatening to withdraw support unless onion prices are brought down.

'The prime minister is on the phone asking you to do something fast. What would you do?

'Whatever you might do, you cannot increase the output of onions till the next crop comes in.

'You call in the secretary. He tells you about your secret weapon -- the Essential Commodities Act.

'This Act gives the government power to compel traders to declare their stocks, to lay down maximum stocks that can be held, and to sequester stocks…. Force is essential; traders would not do these things willingly.

'Its effectiveness must be doubtful... the consequences must make one pause.

'For if these measures make traders disgorge stocks, the fall in price that this brings must be temporary.

'As long as stocks cannot be increased, scarcity can only be relieved now by making it worse later.

'Supplies can only be shuffled across time, and price rise can only be reduced now by raising it later.'

I am quoting at length from Mr Desai's Price of Onions because he wrote not this month, as we might think from reading our current headlines, but in 1999, inspired by the rise in onion prices of September-October 1998.

India has progressed in these last 20 years.

Economic policy-making, and our agricultural policy, must also move on. How?

What caused the current shortage?

Many insightful recent articles, by Ashok Gulati, Harish Damodaran, Shreekant Sambrani and others, tell us what caused the problem: First, very low onion prices (Rs 3 in January) led some farmers to switch away from onions for their rabi crop.

Second, the absence of a seasonal price rise last September-October (prices remained at Rs 6-7 per kg) reduced the stocking of onions by farmers and traders.

Finally, large-scale flooding this monsoon lessened the onion crop in the three states of Maharashtra, Karnataka and Madhya Pradesh which produce over half of India's onions.

Prices soared as a result.

I ask this question with great hesitation.

As a concerned Indian citizen, I worry that we constantly look to the government for solutions to all our problems.

The monsoon fails. What is the government doing?

And if my worry is that we look too much to the government for solutions, my great fear is that they might actually respond and Do Something.

Unless one has solid theoretical and empirical evidence that an action by government will actually help, the right action is inaction.

Governments should and can enforce the rule of law, ensure it is fairly applied to every citizen, protect us from our enemies, and invest in widespread health and education for a better future.

A government cannot make markets, and when it tries to control how they move, it almost always makes things worse.

So in the short-run, the right action by the government is to do nothing.

Let the high price of onions clear the market, matching supply with demand.

Let onion growers keep exporting -- we are the world's largest onion exporter, export 10% of our production, and must retain the markets we have developed.

By banning the export of onions, we also risk damaging relations with our neighbours in Sri Lanka and Bangladesh. Our prime ministers surely have more important things to discuss than onions.

Equally, encourage traders to import onions from overseas if they can get them cheaper.

In the long-run, the government -- and institutions like the Confederation of Indian Industry's Centre of Excellence for Food and Agriculture -- can help the market for onions work better.

Efficient markets rest on an assumption of full and equal information being available to all.

FACE could help by sharing information on crop yields and expected shortages.

When prices for onions fall to Rs 3-4 per kg (as they did in January this year), below the cost of producing them, that is the time to prompt creating a buffer stock - at a price slightly above production cost.

Mr Desai, again: 'The way to stabilise prices is not by punishing hoarders, but by making them hoard more'.

If we do nothing, this year's bonanza profits will make farmers grow more and traders stock much more next year -- thus keeping prices low.

If onion supply-chains seem inefficient (Ashok Gulati and Harsha Wardhan tell us that farmers get only 29% of the consumer's rupee), the solution is not to intervene in pricing but foster greater competition and reduce uncertainty to make supply more efficient.

The Lasalgaon mandi near Nashik dominates the onion trade in the country.

If this concentrates too much power in too few traders, encourage other mandis across the country to trade in onions, connecting all mandis with networks to transparently share price information.

Improved and large-scale cold-storage facilities can make it cheaper to store onions and so reduce price volatility.

In other words, make markets work better instead of trying to control how they move.

And if such interventions seem too difficult, then do only one thing: Read Ashok Desai's The Price of Onions -- and Do Nothing. 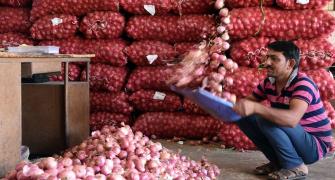 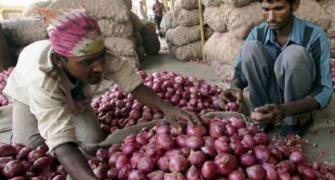 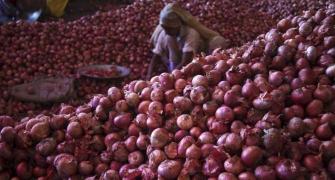 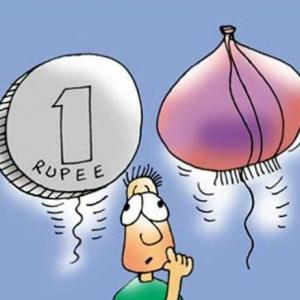 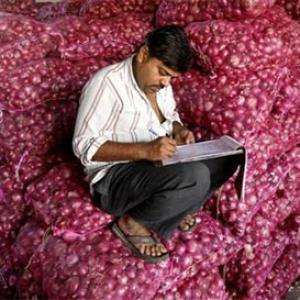