'The digital economy will generate 60 to 65 million jobs by 2025, 20 million more than the 40 to 45 million existing jobs that are in danger of disappearing or getting automated,' points out T N Ninan. 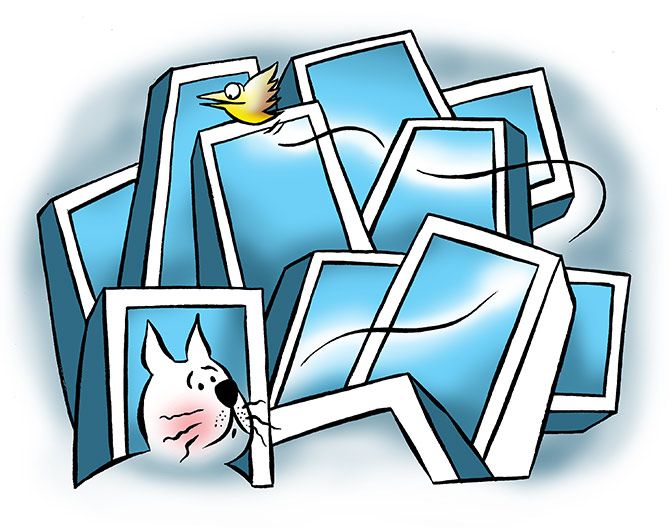 In an election season that has plumbed the depths in many ways, and is notable also for the pushing of sundry false narratives that are demonstrably divorced from the reality, an unqualified success that the Modi government can lay claim to is the significant advances made towards what in short can be termed a digitally connected country.

This is captured neatly and imaginatively by a report put out by the McKinsey Global Institute, Digital India: Technology to transform a connected nation.

Indians also spend more time on social media than the people of any other country.

India happens to be digitising faster than any country other than Indonesia (90% growth since 2014), with plenty of headroom for more growth.

No country at a comparable level of per capita income would seem to be in the same ballpark on these metrics.

What has brought this about? The short answer is Aadhaar, Jio, Jan Dhan, and the goods and services tax. The last of these has led to 10.3 million businesses getting on to a tax-paying digital platform.

McKinsey outlines some developments that are well known: Data costs have plummeted 95% since 2013, while fixed-line download speeds have quadrupled. The result, it seems, is that mobile data consumption per user has increased 152% annually!

There is more: The poorer states are closing the digital gap with the wealthier states. UP alone has added some 36 million to its online population.

Millions of ordinary people in towns and even villages can now go online and read the news, chat with friends, send money, watch movies, order food, and shop. All of it put together is nothing short of transformative -- a word that the Modi government likes to use in many other, less convincing contexts.

The macroeconomic consequences are said to be substantial -- including on jobs. But it's a good news story, for the report says the digital economy will generate 60 to 65 million jobs by 2025, 20 million more than the 40 to 45 million existing jobs that are in danger of disappearing or getting automated.

Farming costs could go down by 20% through more efficient use of inputs, and income could go up by 15% through better product prices attained on online networks, while post-harvest waste could be cut significantly.

Logistics costs -- 14% of GDP in India, nearly twice what it is in some other economies -- could be pared through more efficient tracking and use of truck movement (fleet turnaround times could reduce by 50% or more).

The health industry could benefit enormously from digital technologies, so perhaps could education. Indeed, some of the disadvantages that small businesses face vis-à-vis large businesses in terms of the relative speeds with which they move to digital functioning may get reduced over time.

While large companies will be able to take greater advantage of artificial intelligence and the Internet of Things, better connectivity and falling data costs could reduce that advantage.

None of this will happen automatically.

As McKinsey points out, governments, businesses and individuals will all have to embrace change and figure out the best ways to move towards digitisation -- including on such basics as land records and business transparency (which could improve access to bank credit).

There are also many aspects of this wave of digitisation that are not to the good including the impact of toxic social media, the loss of privacy, and so on.

The rules for this new world will have to be framed carefully to prevent business capture as well as political misuse, and to protect citizens from predatory action.

What is required is to minimise the costs as much as to maximise the benefits. Still, the over-riding message is clear: The prospects of digitisation are so overwhelmingly advantageous, if not also inevitable, that those who become laggards in adapting to the new reality are the ones that will be left behind. 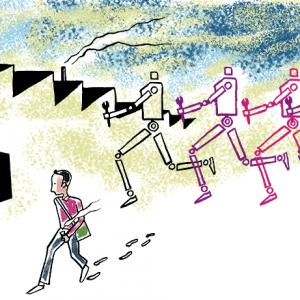 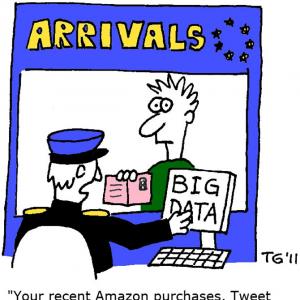