Under the Atal Pension Yojana, contributors would get a fixed pension of Rs 1,000-5,000 a month, from the age of 60 years until they die. 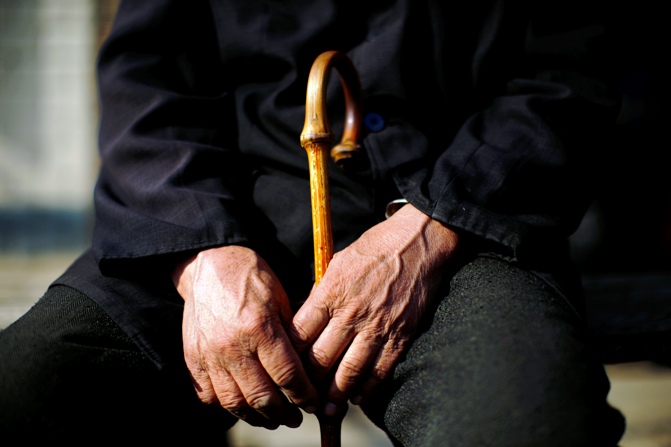 The Union government is keen to ensure financial security for unorganised sector workers, numbering over 410 million, in their old age.

So it has created the Atal Pension Yojana (APY). Under the APY, contributors would get a fixed pension of Rs 1,000-5,000 a month, from the age of 60 years until they die.

In order to qualify for it, they will have to invest some money every month for at least 20 years. In effect, the scheme is available for only those who are 40 or below.

The government will contribute almost nothing - 50 per cent of the subscriber's contribution or Rs 1,000 a year, whichever is lower, for only five years.

The National Pension System (NPS) will manage the money.

The amount of contribution would vary depending on age. Will this scheme work?

Unlikely, because at its core, it is not even better than a simple recurring deposit scheme.

Any regular investment scheme has to negotiate multiple invisible barriers that lie within investors themselves. One, the low desire to sift through a plethora of choices.

This is why investment schemes need to be pushed; they lack inherent pull.

Two, procrastination and laziness. Investors find it hard to invest regularly month after month for years together.

If these two factors were not a challenge, we would have seen everybody opening recurring deposit schemes in banks and post offices, or investing in existing pension schemes and continuing with them for years.

Three, investors are also unable to see far into the future and visualise how much money a long-term plan can create under different scenarios.

Four, they cannot calculate returns in post-inflation terms, which allows insurance companies and banks to attract them with fixed-return schemes.

Five, they hate volatility of returns, which is why so few people invest in stocks and funds even though these offer a chance to generate higher returns.

If the accumulation stage poses so much of a problem, the post-retirement stage or post-corpus creates as many challenges. That leads us to the next two points.

Six, a large one-time corpus in hand can lead to money being frittered away.

Seven, if the money is not wasted, it has to be invested carefully so as to create a steady stream of earnings and at the same time ensure the corpus lasts till one is alive.

The APY addresses most of these issues well.

But it relies too much on the first two factors - the eagerness of investors to embrace the scheme and be regular with their investments, something that even highly-educated people fail to do.

The government's initial advertising blitzkrieg will take the scheme only so far.

The best investment schemes fail if they don't offer incentives to intermediaries to push investors, not only to start investing but to continue with it.

In the nine-page document that details the APY, this is all I could find about the all-important issue of marketing: "All Points of Presence (service providers) and Aggregators under Swavalamban Scheme would enrol subscribers.

The banks, as POP or aggregators, may employ BCs/Existing non-banking aggregators, micro insurance agents and mutual fund agents as enablers for operational activities.

The banks may share the incentives received by them from PFRDA/government, as deemed appropriate."

What incentive? In fact, the Centre has been progressively reducing incentives on its schemes.

In November 2011, the commission on a bunch of post office schemes was cut to 0.5 per cent. The commission for selling NPS schemes is just 0.25 per cent.

Nobody will take ownership of selling the APY. Government goading can only achieve so much.

This is too onerous and is probably the weakest link of the scheme.

The basic feature of informal workers is that they do not have a fixed income and so cannot pay a periodic and fixed contribution to a pension fund.

This is why the NPS has failed. Some 85 per cent of rural workers earn much below the minimum wage; more than 300 million people survive on less than $1 a day.

To freeze, deactivate and close their accounts unilaterally is foolish.

There are four other problems with the APY. One, the interest rate on the APY during the accumulation stage is 7.94 per cent a month.

That is below the current bank deposit rate.

Two, at the withdrawal stage, the interest rate is insultingly low - just 7.06 per cent.

This scheme is far worse than a bank recurring deposit scheme, even though the NPS will invest in higher-yielding products like corporate bonds and a bit in equities.

Four, the average life expectancy in India is 67. It's worse among the poor. How long will someone enjoy his or her pension after 60? Who has designed this scheme?

May not be the experts who understand investor behaviour (established by research and studies), the role of incentives and the challenges of micro pension.

The earlier government had started what is called the Swavalamban Yojana in 2010-11, which was supported by a Rs 1,000 contribution by the government for several years.

This has failed badly, as did the Rajiv Gandhi Equity Savings Scheme (RGESS).

Instead of learning from the failure of Swavalamban and RGESS, the babus have come out with another flawed idea in the APY. What could have been done to make the APY more attractive?

It must earn a higher rate of return, so that there is enough to go around for intermediaries as well as contributors.

This is possible by tweaking just one aspect: investing a larger part of the money in index stocks.

This, along with a sensible policy of allowing withdrawals and loans, exactly like the Public Provident Fund, may work better than a lock-in. In an article here in March, I outlined such a scheme.

Pity that Narendra Modi's well-meaning idea fails to go the extra bit that could mean a difference of success and failure.

Debashish Basu is the editor of www.moneylife.in 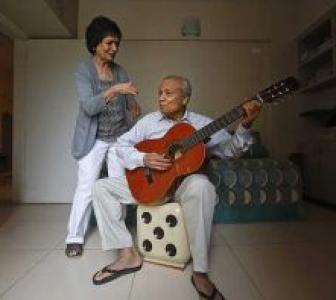 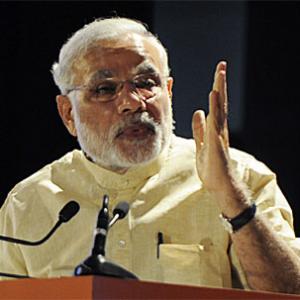 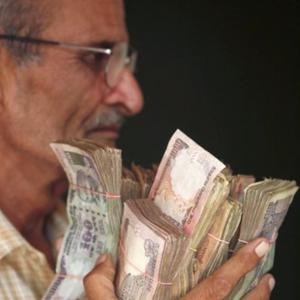