News
Business
Movies
Sports
Cricket
Get Ahead
Money Tips
Shopping
Sign in  |  Create a Rediffmail account
Rediff.com  » Business » What can be done to boost the depressed steel sector

What can be done to boost the depressed steel sector

The official concern for the steel industry is based on two reported facts: that some steel companies have slipped into the red because of falling prices, and that steel imports have grown, with much of it coming from China, says TN Ninan. 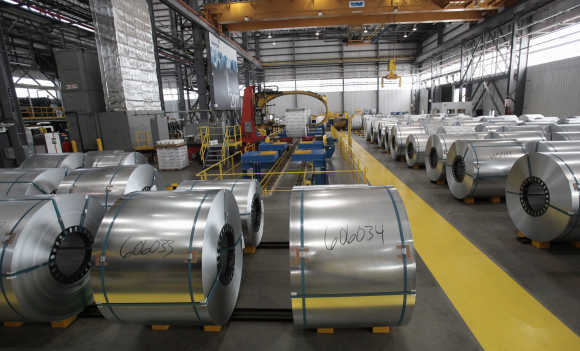 Steel companies have been lobbying for many months, asking the government to impose higher tariffs and thereby reduce steel imports.

The government has obliged, and seems ready to do more. An anti-dumping duty was imposed on some stainless steel from China in June, and the basic customs tariff for mild steel raised (from five per cent to 7.5 per cent for some steel products, and on others from 7.5 per cent to 10 per cent).

Now it is proposed that a safeguards duty of 20 per cent be imposed. This is after the rupee has dipped by about six per cent against the dollar in the last six months, which has the same effect as a six per cent import duty.

Take it all together and the increase in total protection since March will add up to 30 per cent.

How much protection does the steel industry need?!

The official concern for the steel industry is based on two reported facts: that some steel companies have slipped into the red because of falling prices, and that steel imports have grown, with much of it coming from China.

Meanwhile, imports from China are reported to have grown "232 per cent" in 2014-15; that's a big number, but it means an actual increase of just over two million tonnes.

Safeguards duty is to be imposed when there is injury to domestic producers. Where's the injury? That brings up the second argument, about price pressure.

Steel prices have fallen sharply, but so have costs.

Most of the major steel producers reported a profit for 2014-15, including Steel Authority of India.

One private producer reported its highest profits in five years.

Some reported losses, of course - more so in the June quarter.

But let's not forget that many steel companies are over-leveraged and they should not get a government bail-out on that account.

In one loss-making firm, the materials bill has shown an increase when iron ore and other inputs have got much cheaper.

Steel is a basic input for the entire engineering industry (cars, household goods, machinery of all kinds), and for the infrastructure sector (roads, railways, power, real estate, etc).

Raise the cost of steel and you raise the cost of a whole set of downstream products - at a time when demand is slack and producers may not be able to pass on cost increases.

Higher import duties on steel improve the bottom lines of steel-makers, but depress those of downstream users of steel.

Should the government be playing favourites among different sets of producers?

This kind of protective intervention used to be standard policy in the 1980s and earlier, and it didn't work.

Instead, India became a high-cost economy.

The whole point of the reform introduced in the 1990s was that the economy would be made more open, and exposed to international competition so that domestic producers would be under pressure to cut costs and improve efficiency.

Many did; for example, Tata Steel managed a dramatic cut in the size of its bloated workforce.

The oft-stated intention, including by finance ministers in the Vajpayee government, was that tariff levels should be brought down to the levels of East Asia.

What is now proposed to be done flies in the face of this goal, is a step back in time, and a step away from openness.

On the evidence so far, the idea of a safeguards duty should be dumped. 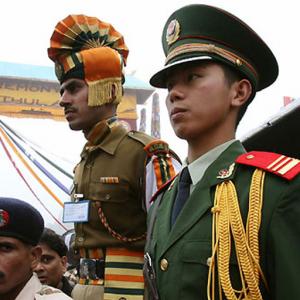