The new government must not undermine PSU independence

While the promptness with which the decision on disinvestment has been taken is laudable, some larger concerns over the exercise still remain to be addressed. The National Democratic Alliance government deserves a great deal of credit for moving quickly towards disinvestment of central public-sector enterprises.

The Union Cabinet on Wednesday decided that 10 per cent of the government’s stake in Coal India Ltd would be sold.

Similarly, the sale of five per cent of its stake in ONGC and 11.4 per cent in the hydropower public-sector unit, NHPC, has been cleared.

At a maximum, given current market prices for the PSUs’ shares, this could bring in Rs 45,800 crore (Rs 458 billion), though some estimates put the total likely proceeds at a little lower than that figure.

This will help the government meet its fiscal-deficit target for the current financial year -- the Budget had set aside Rs 39,925 crore (Rs 399.25 billion) as income from disinvestment.

The speed with which the Narendra Modi-led government has moved to put some of the Centre’s PSUs on the market compares favourably with the dilatoriness displayed under the last United Progressive Alliance government.

On that occasion, stake sales were frequently postponed so late in the financial year -- presumably in the hope of a more buoyant market -- and so targets were continually revised downwards, and finally never met.

That is a heritage that the new government is doing well to avoid.

It is, of course, aided in its efforts by a particularly ebullient equity market, just as it would be argued that the last government’s tardiness on this issue was influenced by the stock market’s lacklustre performance.

While the promptness with which the decision on disinvestment has been taken is laudable, some larger concerns over the exercise still remain to be addressed.

Disinvestment should not become a sham exercise, in which its primary purpose is reduced to meeting fiscal-deficit

There are many more important objectives of disinvestment: ensuring that PSU managements have greater autonomy, because they are now answerable to a more diverse set of shareholders.

The presence of market discipline will make management more efficient.

Even if the government is to stop short of genuine privatisation -- which appears to be the case, born of the prime minister’s conviction that the state sector can be turned around -- it must recognise that a vibrant public sector will require it to focus on managing PSUs with the minimum of interference.

However, some recent developments suggest that the government is yet to give priority to the idea of ensuring minimum interference in managing the PSUs.

As this newspaper reported on Thursday, at least eight independent directors in major central PSUs, including in Coal India itself and in Oil India, have been removed by the new government.

Eight more in ONGC and one of its subsidiaries are similarly in the firing line.

This is not likely to give minority shareholders in central PSUs the impression that their interests will be protected.

Nor is it the case that the government -- in other words, the respective line ministry -- is transparently following procedures while replacing the independent directors.

Shareholders are not being told why the previous directors were not representing their interests, or why they are being replaced in violation of the spirit of the new Companies Act, which prescribes a 10-year tenure for independent directors.

Instead, the government is using a loophole in the Act to fire the directors, by simply not submitting their names for ratification to the annual general meeting.

If the government is truly serious about PSU health and wants a good valuation of its enterprises, then it should correct this mistake as speedily as it has acted on disinvestment.
BS Bureau in New Delhi
Source: 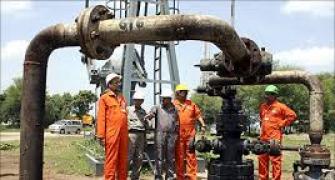 Surplus cash of PSUs may be used to revive sick units 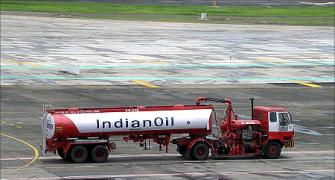 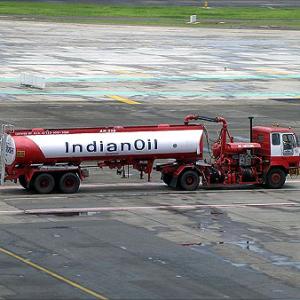