Smart strategies that India Inc adopted to beat slowdown in 2014

India's troubled economy seems to be slowly gathering some strength. 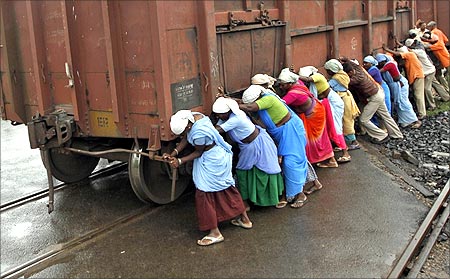 After two years of growth in the 4 per cent to 5 per cent range, the gross domestic product is expected to increase more robustly in 2015, growing to an expected 6.4 per cent.

Undoubtedly, it has been a rough ride across many sectors of India Inc, and even the recent economic recovery - aided by a few months of falling oil prices - has been bumpy. But certain companies manage to flourish in any situation.

As India's economy continues to improve, it is time to look at what companies did differently to thrive during the slowdown - and to position themselves for growth in the revived economy.

Conventional wisdom advises us to conserve resources to ride out the downturn.

The situation is not unlike a racetrack: Curves in the road provide an opportunity to break away from the pack. 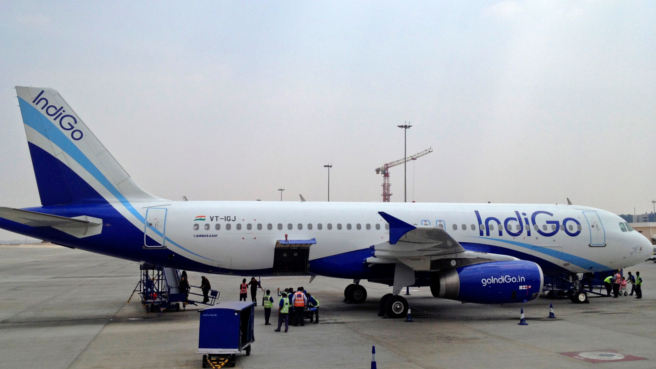 Image:In 2014, IndiGo managed to be profitable in a sluggish industry.. Photograph: Reuters

By making strategic investments during downturns, companies position themselves well to outpace the competition when the economy improves.

In the US, Southwest Airlines is a well-known example of a company that used a sour economy to gain momentum.

During the 2001 recession, Southwest surged ahead of its rivals.

With a clean balance sheet, a clear cost advantage over its competitors and adroitly hedged fuel costs, the discount carrier grew at the expense of rivals.

As others eliminated capacity and jobs, Southwest lowered its fares to gain market share.

It also increased advertising to trumpet its price advantage and built solid relations with labour by avoiding layoffs.

Similarly, a number of Indian companies steered themselves through the last three years of economic turbulence into a position of strength.

IndiGo airlines, for instance, increased its market share from 12.5 per cent to a market leading 32 per cent over the past five years - an impressive feat. 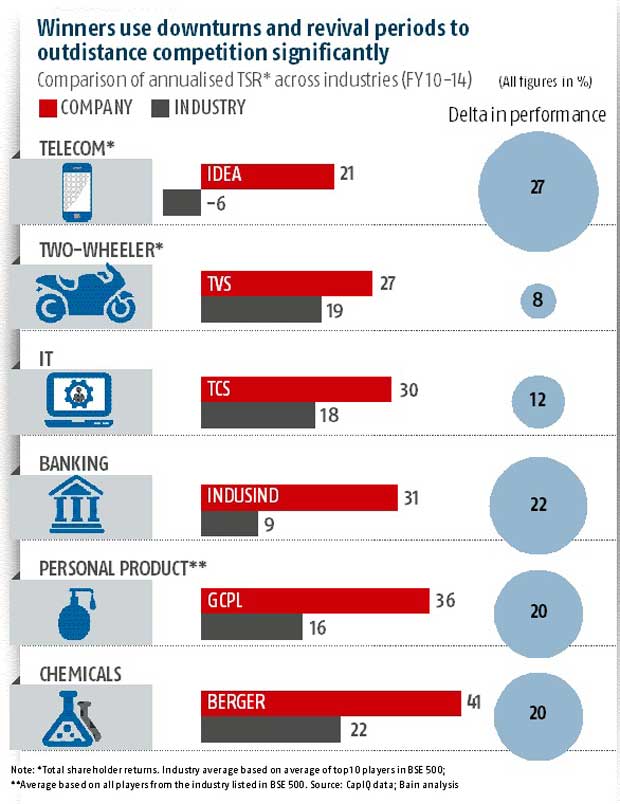 When we analysed total shareholder returns in six diverse industries, in each sector we saw one player beating the market by a wide margin, even during the slowdown period.

Interestingly, this positions such players even better to race ahead, when the slowdown comes to an end.

While these companies thrived, one leading real estate player in India didn't handle the downturn well.

It invested heavily in non-core segments, a move that failed to pay off and led to significant debt for the company.

Even after selling its stake in the non-core businesses, the company is still recovering from the impact: Its stock price has dropped nearly 75 per cent over the past five years.

So the question is what does one need to do and avoid doing, to capture this strategic advantage?

Why do some companies get it wrong? From our experience with clients in India and the rest of the world, we see executives making common mistakes when managing their companies through economic turbulence and slowing markets: 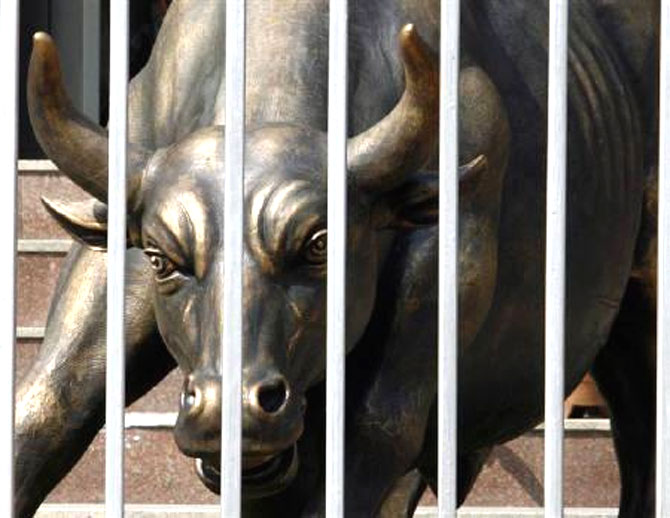 They struggle to differentiate between core activities and the less vital functions.

Managers look inward rather than outward, and miss the early signs of consumer-sentiment revival.

Decisions are hampered by a loss of concentration, diminished creativity and an inability to learn from new information.

What do winners do differently?

A better way to navigate a downturn is the "slow in, fast out" approach.

The best companies set up early warning systems to get indications of the road ahead.

These systems enable them to plan and then enter the curves of the "racetrack" in such a way that they come out roaring and poised to take full advantage of emerging opportunities.

Based on our experience, winners make a few specific moves both before and during the downturn:

They clarify strategies and shift resources to core activities - they choose where to play and how to win, protect and grow customer loyalty and seek to strengthen the organisation.

They increase revenues and margins - they turbocharge sales and pricing for both today and tomorrow. 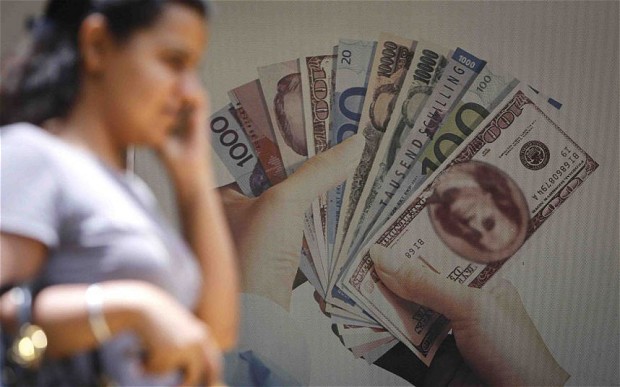 They aggressively manage costs and cash flow - they manage internal complexity, streamline general and administrative costs to cut out flab and closely manage cash flow even as they conserve fuel for the investments that matter.

They don't lose sight of bold moves and pursue game-changing acquisitions and partnerships domestically and abroad.

Let's look at some winners that emerged stronger from India's downturn of the past three years and examine their actions.

IndusInd Bank is one company that used a focused strategy to ride the downturn and come out stronger.

It concentrated on its core businesses, such as commercial vehicle financing, while partnering with others to distribute a diverse product line.

For example, due to its relative lack of scale, IndusInd decided to market home loans from HDFC Bank rather than launch a competing product.

Even while pursuing its growth objective, IndusInd stayed targeted, concentrating on establishing a high-density network in 20 to 25 cities.

The bank also aimed to increase its share of low-cost segments - such as current accounts and savings accounts - to bring down the interest pay-outs. 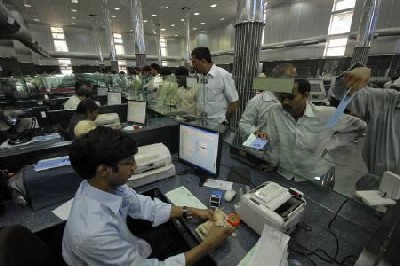 Additionally, IndusInd kept an eye out for strategic investments and purchased Deutsche Bank's credit card business in India in 2011.

This enabled it to provide a complete product offering for the consumer segment.

Through these initiatives, IndusInd was able to achieve strong growth over the last few years, as reflected in its stock price. Hovering around Rs 180 in March 2010, the company's stock price rose more than fourfold to approximately Rs 770 in November 2014 - and the company delivered industry-leading total shareholder returns over the FY10-14 period.

The past four years have also been a period of substantial revenue and margin gains for IndusInd: revenue grew at an average annual rate of 36 per cent over the FY10-14 period, while net income grew 42 per cent annually in the same period.

Meanwhile, the company's market share in the vehicle-finance space increased from 7 per cent in FY10 to 9.7 per cent today, according to a research by Ambit Capital.

For its part, IndiGo airlines managed complexity to help it thrive in the downturn.

The airlines single-minded focus on delivering market-leading on-time performance and running a no-fuss, low-cost-carrier model helped it rise to the top of an industry at a time of great turbulence for everyone.

IndiGo has grown its fleet size to around 100 aircraft, and it operates a single-fleet model (Airbus A320) in order to optimise its spare-parts inventory and training expenses, as well as to generate additional efficiencies.

All this has helped IndiGo increase its market share from 12.5 per cent to nearly 32 per cent in five years.

And even in turbulent times, IndiGo is making money, with margins of 3 per cent in FY14.

No surprise, then, it is popular both with business and leisure travellers and seen as a benchmark for its industry.

Another great example is Godrej Consumer Products (GCPL), which aggressively pursued growth through acquisitions and partnerships throughout a turbulent economy since 2011.

The growth is evidenced by the 3.5-fold increase in its share price over the FY10-14 period. Additionally, GCPL has increased its topline around 27 per cent annually in each of the last three years. 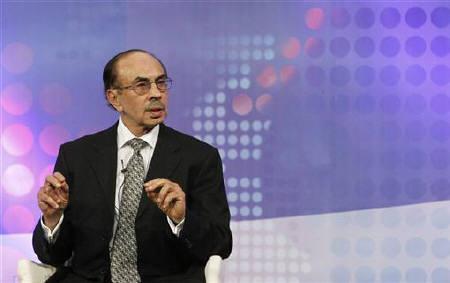 Its international business, which contributes about 47 per cent to the company's topline, up from 15 per cent in 2010, has grown mostly through acquisitions.

Among others, these acquisitions include Issue Group in Latin America, PT Megasari Makmur Group in Indonesia and four acquisitions across the African continent.

The growth has been achieved following the "3x3" strategy - focusing on three business categories in three geographies.

GCPL has also made a concerted effort to cross-pollinate ideas and innovations across borders.

One example of a recent innovation by the company is the Good knight Fast Card, which is nothing more than a piece of paper that when burnt is an effective format for repelling mosquitoes.

As these companies show, it is important to press the gas a few seconds before the competition when shifting out of a downturn.

Most companies tend to wait for certainty, but leaders will take an educated guess, and act quickly and decisively.

Companies that are thoughtful and consistent in their investments during the downturn can gain from a run of breakaway growth once the market revives.

In India today the question is not about when to upshift; we believe impending winners have already stocked up on fuel and are pressing the accelerator as we speak. 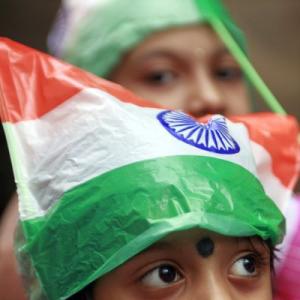