Inflation in India is indeed a complex subject. Interest rate hike (or cuts) alone are not the solution to tackle inflation, writes M R Venkatesh.

Arguments made out by some economists baffle me. For the last year or so some of them have consistently blamed higher interest rates (triggered by a consistent yet hawkish RBI policy stance) for the economic slowdown witnessed in our economy. In the process most of them seem to have forgotten another dimension in the macro-economic equation - inflation. 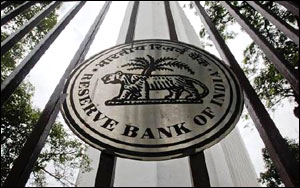 Let me elaborate. Higher interest rate theoretically works in two different ways. One, it induces higher savings and two; it acts as a deterrent to further borrowals. Either way higher interest rates are aimed at suppressing demand, easing supply pressures and finally driving down prices.

But can inflation be controlled through monetary policies alone - read higher interest rates? Consider these facts: The Wholesale Price Index (WPI) - the official barometer of inflation in India - rose by 8.1 per cent in 2008-09, fell to a modest 3.8 per cent next year in 2009-10, rose to a stagerring 9.6 per cent in 2010-11, 8.8 per cent during 2011-12 and in the first five months of the current fiscal has remain elevated at well above 7.5 per cent.(Source: Government of India). All this implies that the RBI is obviously right at-least in its diagnosis.

However what is interesting is the overall growth rate of manufacturing sector. From a robust 9.7 per cent in 2009-10 in the aftermath of the global financial crisis, it has been going down hill since then to 7.6 per cent in 2010-11 and an abysmal 2.5 per cent in 2011-12 and almost zero growth in this year till date.

Is then higher interest rate impacting domestic manufacturing? Does this dramatic fall in manufacturing growth rate make a case for a rate cut? Experts are divided. Crucially can interest rates be lowered to provide as an incentive to revive our manufacturing? What about other sectors of the Indian economy. Let us explore.

One need not be an economist (from Cambridge or Harward) to understand that high or low interest rate cannot fashion the consumption of say rice, sugar, wheat or for that matter any primary articles. But a higher rate of interest may deter a consumer from taking a car loan. And that is the crux of the issue.

Interest rate hikes effected by the RBI seems to have some desired effect on manufactured goods. However the same cannot be in any manner stated to have a significant impact on the prices of primary articles. Prices of primary articles can be controlled only by improving supplies - not otherwise - a fact lost on most economists, analysts and commentators.

With monsoon playing truant in the current year, it is expected that the prices of primary articles especially food-grains could possibly harden further in the coming months. More interestingly, the Government is reportedly holding food grain stocks aggregating to in excess of 80 MT as buffer stocks, ostensibly for distribution through the Public Distribution System.

All these imply that Government is the largest hoarder of food grains leading to supply side constraints. That coupled with the fear of an erratic, or worse still, a failed monsoon is sufficient for people to indulge in panic buying. This in turn leads to higher prices of primary articles.

It may not be out of place to mention that manipulation in futures market has indentified as a primary cause of inflation by experts in some countries. India too is believed to be a victim of manipulation in such markets. What is galling to note here is that government policies in effect aids and abets manipulators in futures markets thereby leading to higher food grain prices in India.

In one of my previous column in rediff titled "If UPA government tackles inflation, it will collapse" I had argued how vested interests continue to manipulate our system.  What we need to do is to eliminate manipulation of primary articles through futures market, look at alternatives to PDS mechanism and ensure steady supplies of primary articles to our consumers by improving our infrastructure.

And for all these RBI and interest rates are no solutions.

There is another dimension to this entire issue - fuel price. In real life fuel price hike has a much larger impact on inflation. Nevertheless, despite a suppressed fuel price (through an elaborate subsidy system) fuel prices have gone up by 12.3 per cent in 2010-11, 13.7 per cent in 2011-12 and exceed 10 per cent in the first five months of the current fiscal.

It may be noted that the diesel price increases have been carried out by the government only in September 2012. Its impact will be definitely be felt in the coming months.

It may not be out of place to mention that the weighted average price of Indian crude imports was approximately $22 a barrel in 2001-02. A decade later in 2011-12 this was well in excess of $110 - a 400 per cent increase. Put differently, the USD had significantly depreciated against crude oil - a fact that is missed in this debate.

That is not all. The rupee was approximately Rs 48 to a USD in 2001-02. Over the decade it has depreciated by close to 12 per cent. Put pithily, the Indian consumer faces a double whammy when it comes to the diesel price increase - a massive depreciation of the USD against crude oil and on top of it, a depreciation of the rupee against the dollar. Hence, in rupee terms crude has increased close to 500 per cent in the past decade.

Nevertheless, the price of diesel to consumers in Chennai has increased from approximately Rs 20 in 2001-02 to a shade lower than Rs 50 now - an increase of a "whopping" 150 per cent. Despite such massive hike in prices, the fact remains that it has not kept pace with the international prices of crude expressed in Rupee terms. The reason? Diesel has been substantially subsidized in domestic markets.

The net effect - subsidy on account of diesel alone works out to Rs 29,000 crore (Rs 290 billion) for the first quarter ending June 2012 (i.e. well in excess of Rs 100,000 crore (Rs 1,000 billion) for the entire year). Readers will appreciate that this huge borrowing by government to finance diesel subsidy crowds out private investment. In the process it increases the cost of capital.

One way to deal with the situation is possibly to cut the Excise Duty (ED). But there is a catch - the ED on diesel works out to be a mere Rs 2.06 per litre leaving very little headroom to manoeuvre.  Let us also not forget that the petroleum sector is the largest revenue earner for the Government. Hence, any cut on ED could possibly be counter-productive.

The increase in international price of crude is an outcome of the weakness of USD. One option is to facilitate rupee appreciation against USD to counter the USD depreciation against crude oil. Inexplicably, Indian policy framers have been wedded to a weak Rupee without exploring any alternatives. Again this is a policy prescription that is beyond the scope of RBI.

Inflation in India is indeed a complex subject. Interest rate hike (or cuts) alone are not the solution to tackle inflation. As it could be seen above in the case involving our manufacturing sector, rate cuts are possibly becoming counterproductive.

In case of primary articles, it may be noted that monetary policy has a much lower impact and requires a totally different solution. As regards fuel, let us not forget that India imports approximately 80 per cent of her import needs. Mathematically, a stronger rupee is the solution to deal with the increase in fuel prices.

That explains why given such a complex scenario, pregnant with several imponderables, RBI has "paused" in its latest quarter review of its monetary policy on September 17 2012.

PS: Writing a foreword to a book authored by former Governor of Reserve Bank Y V Reddy, Andrew Sheng, the former Chairman of Hong Kong Securities and Futures Commission explains why Asians instinctively "freeze" when they encounter a crisis. Has RBI made a calculated pause or sensing a crisis has it frozen? Watch this space.