Inflation targeting can be a game changer

Continuing the debate, retired banker P Balagopala Kurup says one of the reasons he favours inflation targeting is that its first priority is to insulate the lesser fortunate citizens from adversity and in the process to ensure that the economy retains its inherent vibrancy and strength. 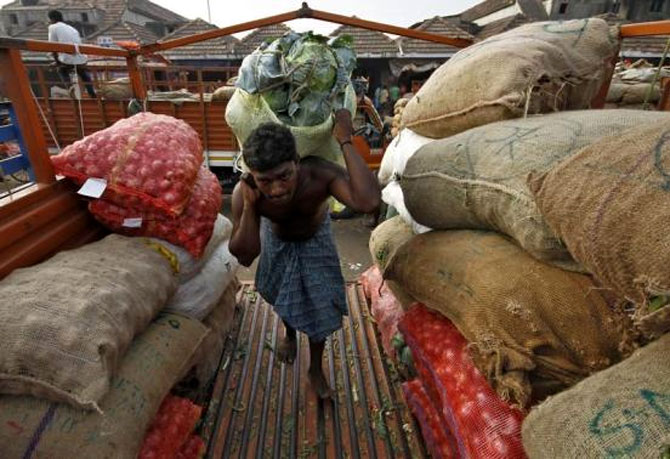 Image: A labourer at a vegetable wholesale market in Chennai. One demerit of inflation targeting is that it stresses too much on the demand side, while in a country like India, the focus should be on the supply side, says P Balagopala Kurup. Photograph: Babu/Reuters.

As an interested and concerned observer of the Indian financial world, let me join several other voices in welcoming the joint initiative of the central government and the Reserve Bank of India to target specific rates to be achieved for inflation, first, by January 2016 and, later, by the end of the next financial year.

Without getting too bogged down in the numbers game (whether six per cent is adequate by December 2015 or whether the tolerable deviation is +/- 1 per cent etc…), I would like to focus on what this agreement means to the people of India.

So, let me try to give two reasons why I feel this step is a game-changer.

It is but natural that the priorities may change when issues are looked at from the point of view of the owner of the financial system (the Government of India) and from that of the regulator (Reserve Bank of India). While the former would like to design policies to enhance value creation for the citizens, the latter would stress on anticipating the threats ahead and ensuring that our economy does not fall into dire straits. In other words, the former would prioritise GROWTH whereas the latter would lend greater importance to taming the PRICE SPIRAL.

These two concerns are not mutually exclusive. Both growth and reasonable inflation rate are necessary; the difference being that in the case of a robust growth rate, the benefit first accrues to the more affluent sections of the society and then slowly trickles down to the middle and lower income groups.  On the other hand, the adverse impact of spiraling prices first makes life miserable for the lower and middle income strata; the higher economic layers have more shock absorbing capacity and therefore it takes longer before they get hurt by price rise.

When seen from this point of view, it is not difficult to see the genesis of the agreement, whose first priority is to insulate the less fortunate citizens from adversity and in the process ensure that the economy retains its inherent vibrancy and strength. In tune with the guidelines set by the founding fathers of our nation’s independence movement, we have got our priorities right.

The second reason for hailing this initiative is that it comes to us not as a blueprint, but as a road map.  As we know, a blueprint sets out the silhouette of a dream, a desire; whereas the road map crystallises the direction and the pace of the journey towards this goal. In this agreement, the direction of change is clearly spelt out and it is time-bound. We have the advantage of predictability here. At any given point of time in the future, we can measure how we are progressing viv-a-vis the objective we had set out with.

Now, in case the pace is not at the expected level, there is no need to resort to blame game. The reasons for variance may be intrinsic to our economy (for example, a lower-than-expected-monsoon) or may be due to global reasons over which we may have no control. In either case, remedial measures can be initiated without mutual acrimony, because both the government and the RBI own this roadmap and are accountable for the same.

However, before we go overboard about the advantages accruing from this decision, let me also sound a word of caution.

If we look at the experiences in New Zealand and certain European countries where this method was tried earlier, we see that inflation targeting stresses too much on the demand side. The tools are fiscal, policy rates, credit liberalisation (or control, as the case may be), keeping money supply under control and so on.

But for a country like India, I feel our focus should be on the supply side. How can we optimise the agricultural output and immunise it from the vagaries of monsoon? How can we cash in on the innovation expressed by our new generation start-ups? How can we ensure that the SMEs take their rightful place in the industrial hierarchy? How can we ensure that our exporters are not left at the mercy of zigzagging foreign exchange rates?

I am sure these and such other questions would be exercising the minds of the financial experts who manage our policies. If such is not the case, then perhaps it is time we spent more attention in tackling these questions. 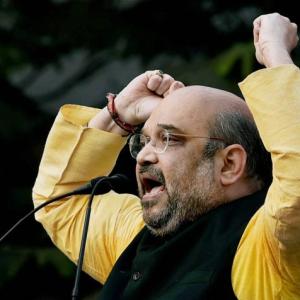 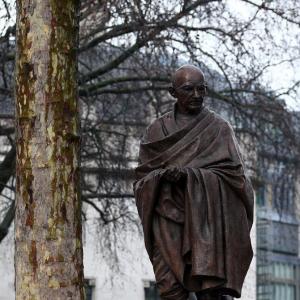