Whilst substantive public allocations have been made in the infrastructure sector, this strategy is plateauing due to the fiscal deficit constraint, capacity limitation of statal implementing agencies, the declining ability of PSUs, and the precarious situation of the Railways’ operating ratio.

It is, thus, high time to get the policy compass to point at rejuvenating private sector investments in infrastructure, says Vinayak Chatterjee. 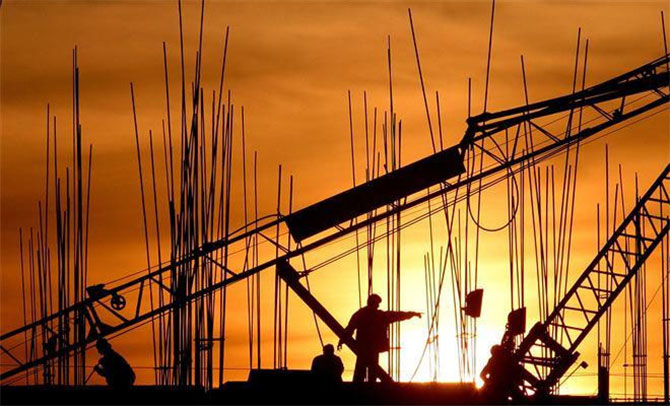 The busy winter season for policies, a la the Economic Survey and the Union Budget, and all the discussions surrounding the economy lead to but one conclusion for the infrastructure sector. And that is to refresh and reset ground conditions for the rejuvenation of private investments.

Clearly, the emphasis on public expenditure driving infra investments was strategically correct in the summer of 2014 when this government assumed power.

Left with the dying embers of private sector enthusiasm and the sulking withdrawal of the banking sector, the National Democratic Alliance (NDA) government really had no choice.

Whilst substantive public allocations have thus been made, this strategy is plateauing due to the fiscal deficit constraint, capacity limitation of statal implementing agencies, the declining ability of public sector undertakings (PSUs), and the precarious situation of the Railways’ operating ratio.

The finance minister has possibly done the maximum possible with about 18.5 per cent of the budgetary capacity (Rs 3.96 lakh crore out of Rs 21.47 lakh crore) earmarked for the infra sector. But, will the continuance of this public-led strategy deliver?

The total infra sector investment in the 2017-18 Union Budget is Rs 3.96 lakh crore. Let us assume that this is matched 100 per cent by “off-budgetary sources” available to states, ministries, PSUs and departments. That then increases the public funding capacity to about Rs 8 lakh crore.

But then this is only half the requirement. The balance Rs 7 lakh crore per annum (or Rs 35 lakh crore over the next five years) needs to be supplemented by private capital.

Unfortunately, the current environment is quite inimical to attracting this volume of private investment. The Economic Survey candidly postulates “…a political dynamic that would banish the ambivalence towards embracing the private sector” (Page 5, para 1.15) as one of the major challenges.

Here are nine suggestions whose implementation could once again embrace the private sector.

A solution has been suggested - PARA (Public Sector Asset Rehabilitation Agency) - to set right this debilitating roadblock. The suggestion, either in the format suggested or some variant thereof, needs immediate political attention at the highest levels.

The state is the largest owner of operating utilities. States and public sector undertakings could be incentivised through tax and other measures, to recycle the funds from such asset-sales into fresh projects.

Modifying the Prevention of Corruption Act: Relevant commercial decisions are sometimes not taken by even seasoned bureaucrats (now even public sector bankers!) as they are afraid of investigative agencies questioning their decisions and the impact they might have on their careers and retirement.

It is imperative to amend the Prevention of Corruption Act, 1988, so that points of view argued logically are not subjected to investigative harassment and penal actions.

Dispute resolution: According to the Public Contracts (Resolution of Disputes) Bill, 2015, an empowered tribunal is envisaged to be set up to settle disputes that plague government contracts.

An expert committee, set up to examine modifications to the Specific Relief Act, 1963, has also submitted its report on June 20, 2016. The finance minister’s Budget speech alluded to taking this initiative forward.

The process has been hamstrung by bureaucratic procedures, including onerous conditions of bank guarantees. It would be worthwhile for the government to consider 100 per cent unconditional release without any further recourse provided to statal entities, who anyway have lost the round to the arbitration award decision.

3P India: This is the NDA government’s own idea for a world-class institution to “provide support to mainstream PPP projects”. This was announced in the finance minister’s first Budget in July 2014 and provided an allocation of Rs 500 crore (Rs 5 billion). It is widely acknowledged as a key initiative for public-private partnership (PPP) revival.

National Investment and Infrastructure Fund (NIIF): The NIIF has certainly been an innovative move for channelising big-ticket private funding. With its CEO now in place, the NIIF should be a driving force in 2017-18 for reviving private capital inflows into infrastructure.

Smart cities and municipal bonds: The key to delivery has been identified as the mobilisation of private capital.

If this is to happen, a slew of measures are needed to galvanise the municipal bonds market. The Prime Minister, in one of his recent public addresses, lamented the fact that Indian capital market players had not addressed this area sufficiently.

Independent regulation: The NITI Aayog had been asked to give finishing touches to the Regulatory Reforms Bill, following the finance minister’s announcement in the 2015 Budget.

Independent regulation is a necessary precursor to reviving PPP. Regulatory uncertainty and unpredictability continue to remain a major risk perception.

With these measures, the infra compass on Raisina Hill could be made to point true north again - viz. rejuvenating private investments in Indian infra.

Vinayak Chatterjee is chairman, Feedback Infra.
He can be reached at vinayak.chatterjee@feedbackinfra.com; Twitter: @Infra_VinayakCh