When Nirmala Sitharaman announced her privatisation policy, there were serious doubts if the move had the BJP's full political backing.
All those doubts were dispelled when her initiatives were endorsed by Modi in Parliament, observes A K Bhattacharya. In the last couple of years, the Union government's Budgets have suffered from at least two basic problems.

One, the Budgets have tried to hide the actual extent of the government's fiscal deficit.

Two, they have made unrealistic projections for the government's revenue receipts.

The combination of these two problems has undermined the sanctity of the Budget numbers and, therefore, has made a travesty of the principles that should underlie prudent and responsible budgeting.

Take a look at how the Budget's fiscal consolidation achievements have been misrepresented in the last few years.

The culprit here has been the tendency to seek recourse to off-Budget borrowings, which do not get captured in the headline fiscal deficit numbers.

Thus, data on off-Budget borrowings, available from 2016-2017 onwards, show that the Union government's fiscal deficit has been suppressed at least by over half a per cent of GDP in the last few years.

The problem of hiding the actual size of the fiscal deficit through such off-Budget borrowings has been highlighted in the past.

Indeed, Finance Minister Nirmala Sitharaman has made commendable progress in eliminating the gap between the government's headline fiscal deficit number and the actual figure.

In all her three Budgets so far, the number has seen a decline and there is greater transparency on this front.

As for the second problem with the Budget of recent years, there has been little discussion on its implications.

This problem has two layers. At one level, the gap between the revenue numbers projected during the presentation of the Budget (or Budget estimates) and those that are shown as actuals later has been widening.

At another level, the gap between the revised estimates and the actuals has also widened.

And the shortfalls in these two years were huge -- by over 11 per cent and 18 per cent, respectively.

This was a huge slippage and reflected poorly on those in the finance ministry who made those projections.

A far more serious slippage was with respect to the widening gap between the revised estimates and the actuals for the government's net tax revenue collections in these two years.

In 2018-2019, the actuals for net tax revenues were estimated at Rs 13.17 trillion, almost 11 per cent lower than the figure given in the revised estimates.

In 2019-2020 also, the problem remained unaddressed. Against the revised estimates for net tax collections at Rs 15 trillion, the actuals turned out to be 10 per cent lower at Rs 13.57 trillion.

It is possible to argue that some shortfall in the actuals, when compared to the Budget estimates, should be acceptable.

After all, the Budget estimates are only projections, based on certain conditions that should prevail in the coming years.

But there is no justification for large shortfalls between the revised estimates and the actuals of the net tax collections.

The revised estimates are presented with only two months of the year in question to go.

If the actuals are less than 10-11 per cent of the revised estimates, as they were for 2018-2019 and 2019-2020, there is something seriously wrong with the way the Budget team in the finance ministry is functioning.

In light of what happened in the last two years, the recent developments with regard to the estimates for the Centre's tax revenue collections are promising.

Of course, the Budget estimates on revenues went completely awry, thanks to the impact of Covid and the lockdown.

That became evident when the revised estimates for 2020-2021 were presented early last month.

But the big relief now is that these revised estimates are not expected to meet the same fate as in the past two years.

But, according to the provisional actuals released by the government, the net tax revenue collections in the first 10 months of 2020-2021 were estimated at Rs 11 trillion, about 10 per cent more than the Rs 9.98 trillion collected in the same period of 2019-2020.

Collecting another Rs 2.24 trillion in the remaining two months of the current year would be a relatively easy task.

Remember that in the last two months of 2019-20, net tax collections were about Rs 3.6 trillion.

It is quite likely, therefore, that the actuals for net tax collections during 2020-21 would be more than the revised estimates released in the Budget last February.

This would suggest that 2020-21 is likely to depart from the trend of shortfalls witnessed in the previous two years.

Such a scenario is endorsed also by the latest numbers on direct tax collections till March 15, 2021, which show that the full year's revised estimates have already been exceeded.

Collections under excise and goods and services tax (GST) also are maintaining decent growth rates and would be no less than what has been provided in the revised estimates.

Getting the revised estimates for net tax collections right is an achievement as it comes in the backdrop of COVID-19.

Underestimating the revenue numbers also gives the government an added advantage in terms of managing the impact of the fiscal deficit on the economy.

But the larger message of a new team at work in the finance ministry can hardly be ignored.

Getting the revenue numbers right reflects a certain maturity and purposeful thinking of the top secretaries team, currently at the helm in the finance ministry.

No less important is the transformation in the way the finance minister has gone about handling the Budget numbers and its policy formulations.

Making a clean breast of the actual size of the fiscal deficit is only one aspect of that transformation.

The other change is the way Sitharaman has ensured the full support of her prime minister to the policy moves she made through the Budget.

When Sitharaman announced her new privatisation policy, there were serious doubts if the move had the full political backing of the Bharatiya Janata Party.

But all those doubts were dispelled when her bold initiatives on privatisation were followed up by the prime minister endorsing it wholeheartedly on the floor of Parliament.

This too is a change that has given the Budget a new flavour and thrust to help it face the Covid challenges for the economy. 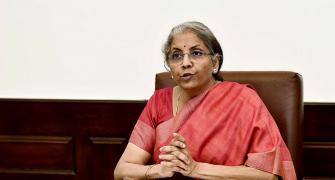 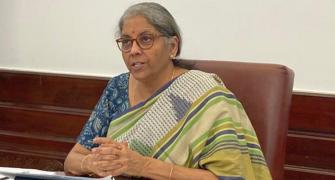 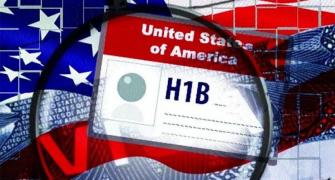 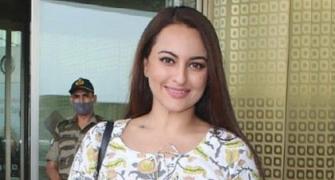 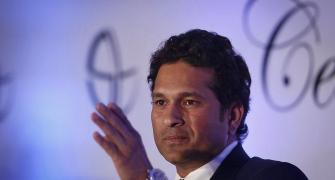 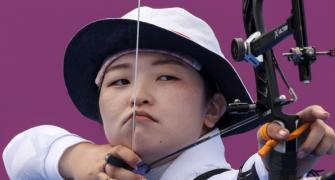