The focus in public diplomacy is on the 'public.'

When a country -- let's call it country A -- practises public diplomacy with the rest of the world, it is engaging the global public by sharing with them information, explanation of major policy decisions, replying to their genuine queries; it makes an effort to win global public opinion.

So does country B when it practises public diplomacy.

As a whole, the world becomes a better place with various countries engaging citizens across the world. Public diplomacy promotes people's global understanding about each other.

At the heart of public diplomacy is a commitment on the part of nation-states to open up, reach out and engage people globally. People are the ultimate beneficiaries of all public diplomacy efforts being made by a few key countries.

But what about others who are yet to join the fray?

It is worth investing in public diplomacy -- opening digital channels of communication which are not only democratic and global but also free, inviting students, scholars, media people and diplomats to visit one's country so that long lasting bonds can be built.

Now contrast this with propaganda -- one way bombardment of information to shape public opinion in certain quarters of the planet.

The world as a whole would be a worse place with propaganda. Public diplomacy is a two-way street, while propaganda is one way highway.

Public diplomacy has a positive impact, while propaganda has a negative impact.

Wouldn't be it amazing if key security and financial international institutions such as United Nations Security Council, the World Bank and the International Monetary Fund open accounts on Twitter or Facebook and listen to ordinary people in the streets of New York , Kochi or Perth, before making decisions which affect the lives of people across the world? They could then explain reasons behind those decisions.

Multinational companies could also follow suit and engage people in the countries they operate.

We would be better off as a planet if we practice more public diplomacy.

In the capital of India, New Delhi, there is a place called Delhi Haat where one can take a walk and enjoy food or purchase art, craft, apparel or jewellery made India's different states or regions.

Delhi Haat is a treat not only for the people of Delhi, but also for the large number of foreign tourists who visit Delhi. The stalls at Delhi Haat are rented by exhibitors from different parts of India for 15 days or so. Thus, visitors always find something new when they visit the Haat again.

On certain occasions, the administration of Delhi Haat organises festivals of dance, music or art that offers visitors an extra incentive to visit.

Delhi Haat is a multicultural space. The same idea could be experimented on at a planetary scale, by creating a Global or Cosmopolitan Haat in different parts of the planet, where food, music, art, craft and apparel from different nations and continents would be available for sale.

Such multinational, multicultural spaces will help people familiarise themselves with other cultures. It would be a great step in public diplomacy on a planetary scale, as it would combine the finest elements of cultural and gastro-diplomacy.

Public diplomacy is, above all, an area of imagination. People are themselves key actors in this emerging area, alongside governments, media, think tanks, universities and the global civil society. The whole planet is their playground.

The writer is an author, artist and diplomat; the views expressed here are his own. 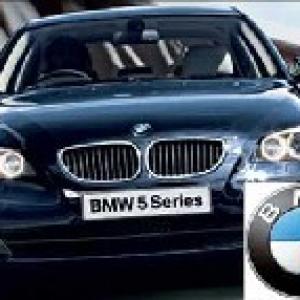