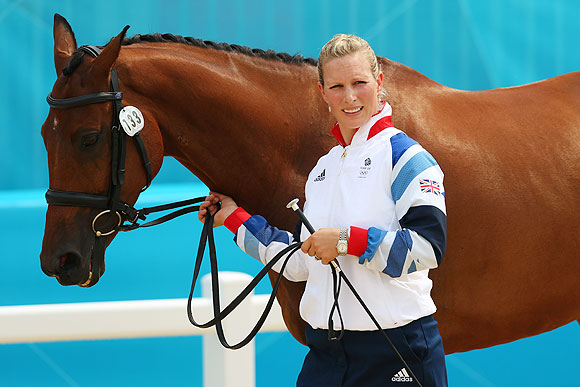 Zara Phillips is making her Olympic debut in equestrian eventing, and the gold-medal question is whether her grandmother, Queen Elizabeth II, will head out to Greenwich Park on Sunday to watch her compete in the dressage portion of the competition.

Aside from her grandmother, Phillips may count on other royals in the stands to cheer her on as she puts her horse High Kingdom through the paces of the standard test designed to demonstrate a horse's obedience. First cousins Princes William and Harry and William's wife Kate are expected to attend at least some portion of the competition.

And Phillips' mother, Princess Anne, is not only president of the British Olympic committee but a member of the International Olympic Committee and a former equestrian eventing Olympian herself. 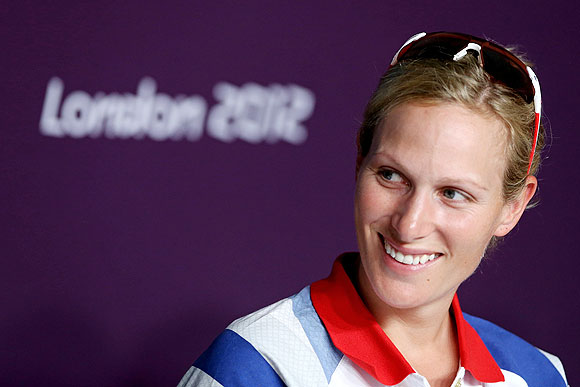 Anne competed in the 1976 Montreal Olympics but fell off her horse. Phillips father, Capt. Mark Phillips, fared better in his Olympic endeavors, winning team gold at Munich in 1972 and silver in Seoul 16 years later. He's now a top coach of the US equestrian team and is in London with the Americans.

In a recent BBC interview, Anne acknowledged the pressure British athletes were under competing on home turf.

But her 31-year-old daughter downplayed the pressure, telling reporters earlier in the week she would have no trouble competing with other royals in the stands.

"They're my family. It's not weird," she quipped. But she shied from the question of whether she had received any advice from her grandmother the queen, herself an equestrian enthusiast.

"Do you think I would tell you that?" she said.
Tags: BBC , Royal Zara Phillips , Mark Phillips , Anne , Munich 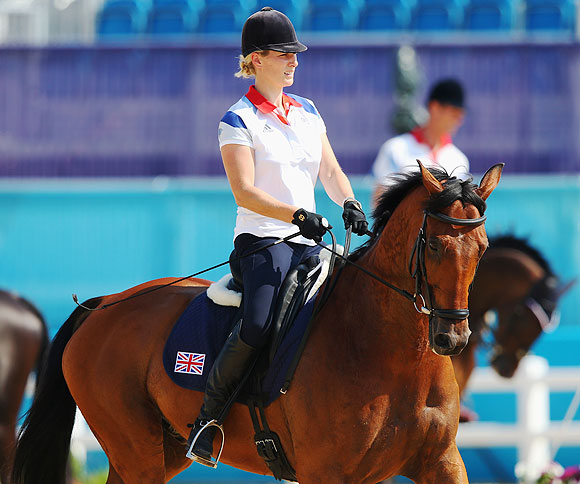 Phillips had qualified for the 2008 Beijing Games but had to pull out after her horse Toytown got injured. British equestrian officials have stressed that Phillips is on the team because she's an excellent athlete, not because she's royal.

Phillips is 14th in line for the British throne but she and her older brother, Peter, have very low profiles in the royal family. They hold no royal titles -- unique among the queen's eight grandchildren -- after their mother turned down the monarch's offer of honors. 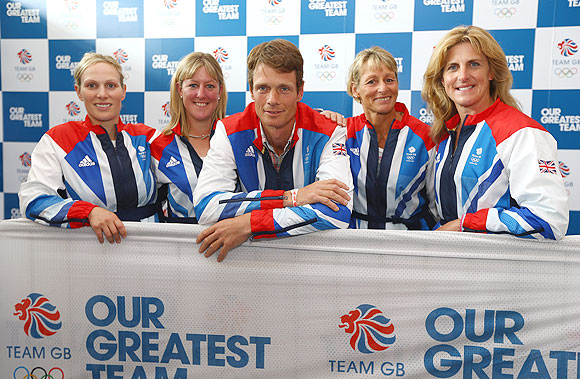 In the first day of the dressage competition Saturday, Australia took the early lead with Germany and the United States close behind.

In the individual competition, Germany's Ingrid Klimke had a sparkling dressage test to score 39.3 penalty points, followed by teammate Dirk Schrade on King Artus with 39.8 and Mary King of Britain with 40.9 on Imperial Cavalier.

"I didn't think about the score," said Klimke. "That's up to the judges. My job was to ride a supple test."

Medals in both team and individual competitions will be presented Tuesday after the show jumping phase.
Tags: Ingrid Klimke , Royal Zara Phillips , Mary King , Dirk Schrade , Germany
More
Copyright © 2022 The Associated Press. All rights reserved. The information contained in the AP News report may not be published, broadcast, rewritten or redistributed without the prior written authority of The Associated Press.
Write a
Comment
Print this
article