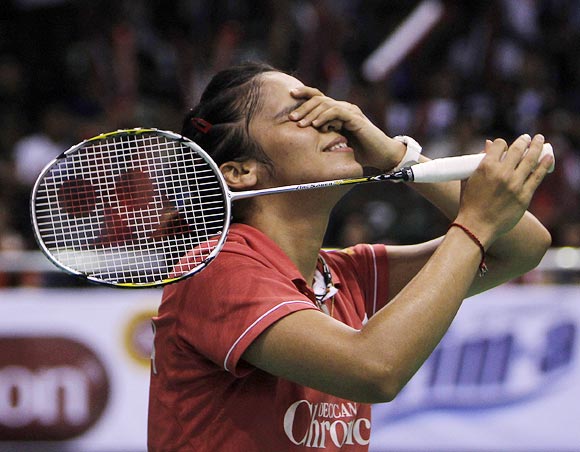 Every defeat, often at the hands of a Chinese shuttler, would sap her confidence and Saina Nehwal at times would break into tears wondering what went wrong.

But after 12 months of desperate searching for her lost rhythm, India's top shuttler is now ready to break the Chinese stranglehold and win a dream Olympic gold in London.

"It happens to all players. Sometimes you don't play well and there are injuries. It takes time to get your confidence back," Nehwal said.

"People start criticising you and it starts playing on your mind."

'It's more than once that I cried' 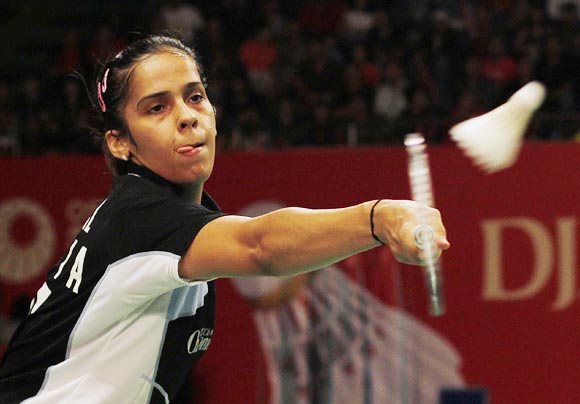 An ankle injury did not help either for the 2010 Commonwealth Games gold medallist. "I am a human being. When you are frustrated you do cry. It's more than once that I cried," she said.

"I would ask myself 'why I am not getting my confidence back?'

"But I always had the belief that I can do well and my parents and my coach also supported me. They used to tell me 'You are a champion for us and you can do well'. 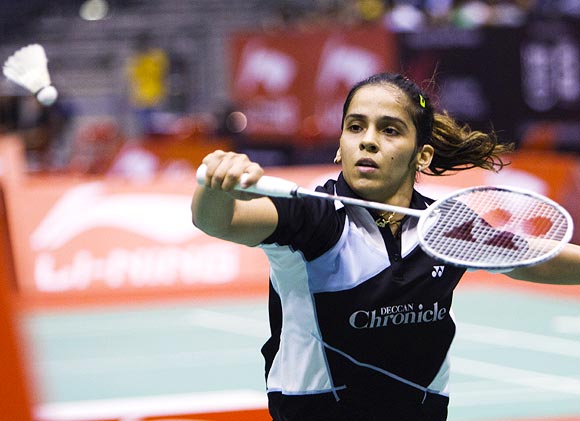 She had a standout year in 2010 when she won three Super Series titles and the Commonwealth Games gold in Delhi, also reaching a career-best world ranking of two.

She lost three finals to her Chinese opponents last year, raising concerns about her vulnerability against them.

'I have to still improve a lot of things' 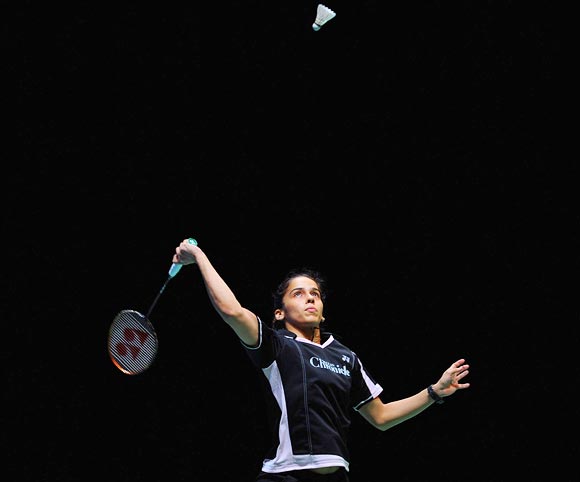 "I have to play a lot (against the Chinese). Of course, now I have defeated both of them very easily so the confidence will be with me during the tournaments," she said.

"But I have to maintain my fitness and I have to still improve a lot of things and carry this (form) up to the Olympics."

'We were really happy that he scored the 100 runs' 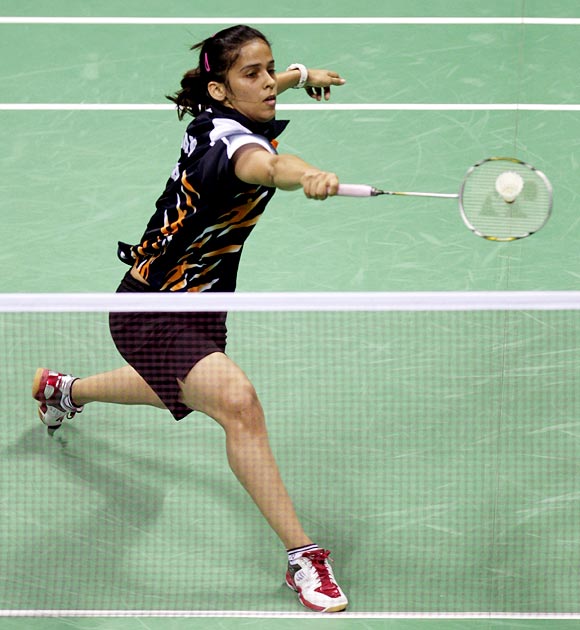 The day Tendulkar finally got the coveted ton, Nehwal played her semi-final match in the Swiss Open.

- For Bindra, Olympic gold is history; focus is on London

"Before the semi-finals, in the morning, we were checking out the scores. We were really happy that he scored the 100 runs and finally he achieved what he wanted," she said.

"I was also inspired and thought that now that he has done it, I should also do something good."

'For them it's relatively easy as I am just one' 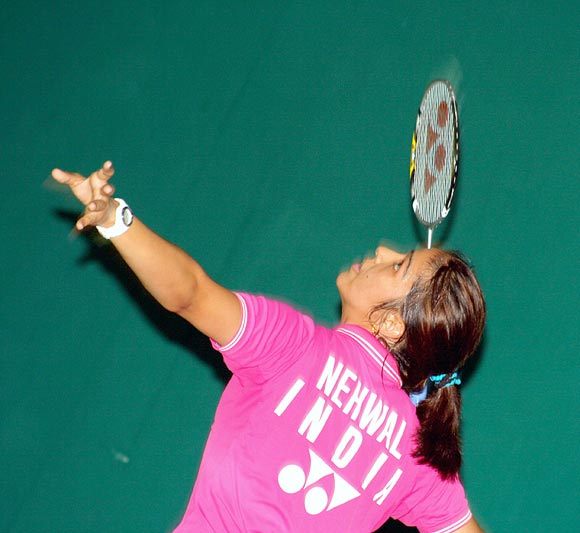 Nehwal, whose parents were both state-level badminton players, feels it is comparatively easier for the Chinese shuttlers to target her.

"There are about six, seven of them," Nehwal said. "So it's tough (for me). For them it's relatively easy as I am just one. They have many players of different varieties. Not all of them have the same kind of game.

'I feel I am peaking at the right time' 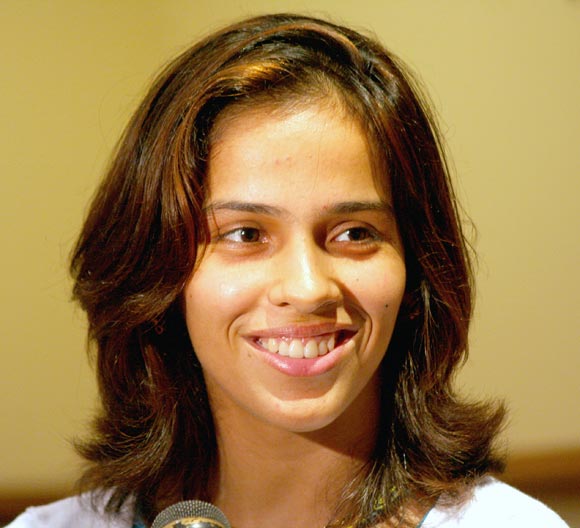 With the Swiss Open title in her bag, Nehwal feels she is peaking at the right time for the London Olympics.

"I am more than 100 percent confident with three months left for the Olympics," Nehwal, who lost in the quarter-finals of the 2008 Beijing Games, said.

"I feel I am peaking at the right time. I have the Indian Open in Delhi and then the Asian Badminton Championship where I want to beat the top players to gain more confidence."

Nehwal knows the nation's expectations have grown in leaps and bounds in the last four years. "I really want to do it," she said a steely determination detectable in her voice. "It's my dream too. I am sure I will put in a good performance in London."