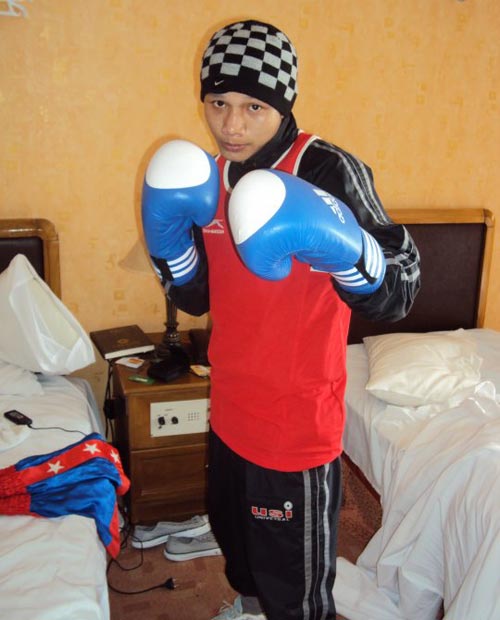 Having modelled the aggressive style of former heavyweight champion Mike Tyson to claim an Olympic berth, Indian boxer Devendro Singh knows curbing those attacking instincts is the only way to achieve his dream of a medal at the London Games.

- I was born to do only boxing: MC Mary Kom

"I'm a naturally aggressive boxer but need to learn how to counter-attack better," the shy Manipur boxer, who will turn 20 next month, said in Delhi.

"Being too aggressive has its own risks. Boxers from China and Korea are good at counter-attacking."

Devendro is also aware of how Tyson's career unfolded 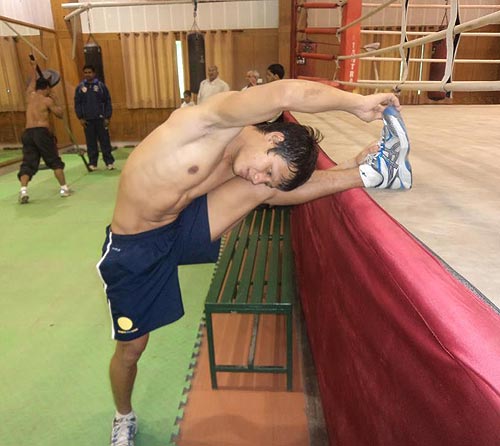 Devendro, the soft-spoken 49-kg category boxer, is a big fan of American Tyson, who, in his heyday, was known as 'the baddest man on the planet' for his devastating attacking style.

However, the young Indian is also aware of how Tyson's career unfolded and the struggles the American had with slick counter-punchers like Evander Holyfield, who proved victorious when the duo first met in a world title fight in 1996.

- Winning an Olympics gold is my ultimate dream: Vijender

Devendro is hopeful the work he has put honing those necessary counter-attacking skills that Tyson lacked has paid off.

Devendro is one of four boxers from India who have qualified for London while a couple of others, including Beijing bronze medallist Vijender Singh (75-kg), are expected to make the cut through April's Asian qualifier in Kazakhstan.

They will be joined by an unprecedented 11 Indian shooters to spearhead the world's second most populous nation's quest for rare Olympic glory.

The aim for all members of the team will be to add to India's nine Olympic gold medals, a paltry offering which is the result of the south Asian's obsession for all things cricket.

'I gave everything in the trial' 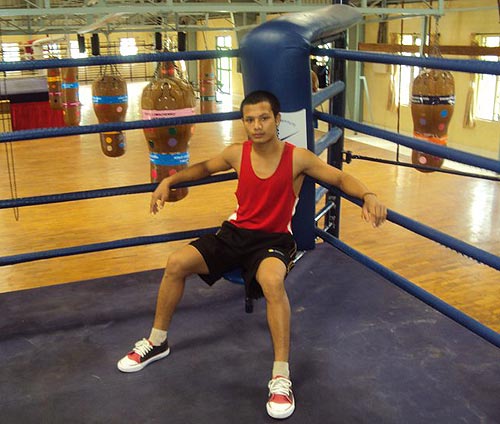 The bias for cricket is underlined by the very hotel Devendro and his fellow boxers are regularly put up in.

A stone's throw away from the New Delhi railway station, the modest hotel in the noisy Paharganj area has as much chance of hosting a national cricketer as an Indian athlete has of winning the men's 100 metre event at London.

Not that the athletes mind.

The poor cousins of India's pampered cricketers have long accepted it as fate. Every four years they sense an opportunity to rise above this obscurity and so did Devendro.

- I am destitute and broke: Mike Tyson

He stunned some of his ranked opponents in the trial for last year's World Championship, his first major tournament in the senior category, in Baku where he reached the quarter-finals to pocket a London berth.

"I gave everything in the trial but (I) never thought (that I) would not only qualify for World Championship but also earn a place for London," said the boxer, who is equally happy kicking a football or watching Portugal and Real Madrid soccer player Cristiano Ronaldo on the television.

'He has learnt a few things about counter-attacking' 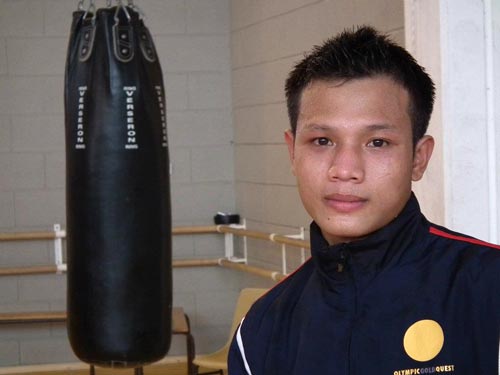 National coach Gurbax Singh Sandhu has no doubts Devendro has proved himself in the trials but is equally convinced of the limitation of a one-dimensional technique built around aggression.

"The idea now is to give him the exposure. He has learnt a few things about counter-attacking, all he needs now is to apply it in competitions," Sandhu said.

- The world is now scared to face Indian boxers: Vijender

"Maybe opponents would expose some chinks. We would record his bouts, analyse and polish his technique before London. He'll get confidence only after he has applied it successfully in competitions.

"Devendro otherwise is a determined, strong boxer. He is what we call a tempo-style boxer but he needs to master counter-attacking," Sandhu added.