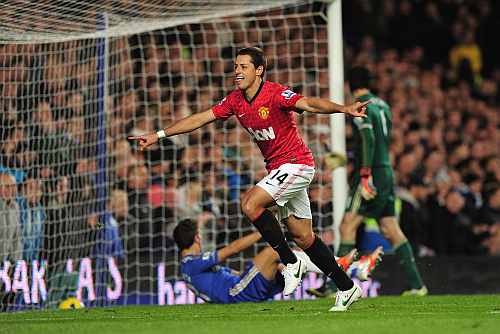 Manchester United needed a controversial winner from Javier Hernandez to beat nine-man Chelsea and cut the deficit at the top of the Premier League to just one point.

Lionel Messi and Cristiano Ronaldo both scored twice as Barcelona and Real Madrid registered 5-0 away wins in La Liga, while Bayern Munich's perfect start to the Bundesliga season was ended at home by victorious Bayer Leverkusen.

Hernandez looked offside as he poked home the winner in the 75th minute after Chelsea had had Branislav Ivanovic and Fernando Torres sent off. Chelsea later made a complaint against the referee over "inappropriate language".

Third-placed Manchester City, below United on goal difference, are also a point behind Chelsea after they beat Swansea City 1-0 on Saturday thanks to a goal from Carlos Tevez. 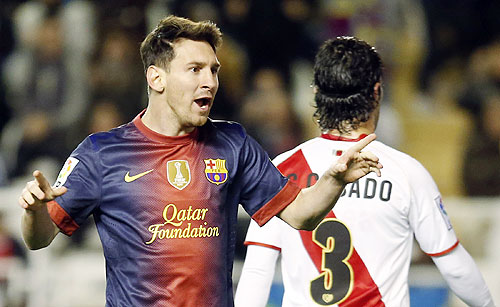 Messi moved on to 301 senior career goals for club and country, while David Villa, Cesc Fabregas and Xavi netted the others to put Barca on 25 points from nine games.

Tito Vilanova's side were ahead of unbeaten Atletico Madrid on goal difference after Radamel Falcao scored in a 3-1 home win over Osasuna that made it eight straight league victories for Diego Simeone's side.

Champions Real Madrid were eight points back in fourth, behind third-placed Malaga who drew 0-0 at Espanyol, after a 5-0 rout of Real Mallorca when Gonzalo Higuain and Cristiano Ronaldo both bagged braces.
Tags: 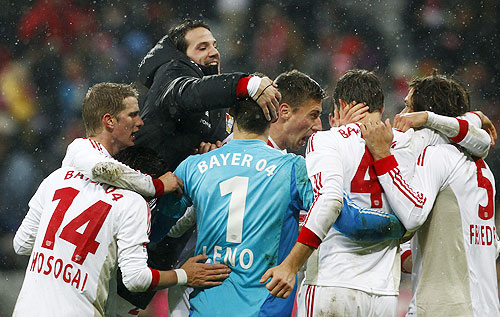 The Bavarians, who had not lost to Leverkusen in Munich since 1989, are still four points clear at the top on 24 points with Schalke 04 climbing to second after their narrow 1-0 win over Nuremberg. 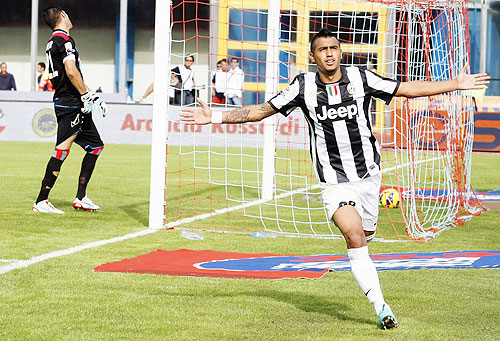 Titleholders and leaders Juventus made it 25 points out of a possible 27 after a hugely controversial 1-0 win at 10-man Catania.

Arturo Vidal scored a dubious winner after Catania had an apparently legitimate goal wrongly disallowed for offside in the first half.

Juve extended their unbeaten Serie A run to 48 games, stretching back to the last match of the season before last.

Marek Hamsik gave Napoli a 1-0 win at home to Chievo to keep them three points behind in second with Inter Milan one point further back in third after their 3-1 win at Bologna.
Tags: Catania , OMarek Hamsik , Arturo Vidal , Inter Milan , ITALY 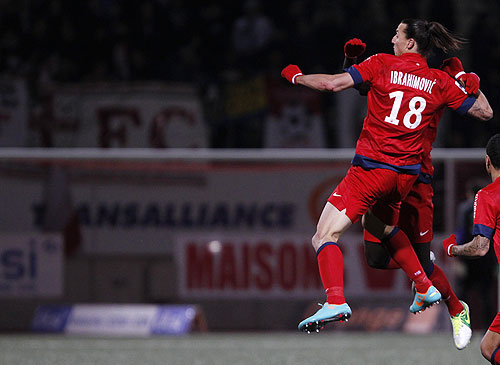 Zlatan Ibrahimovic scored his 10th Ligue 1 goal of the season to give Paris St Germain a 1-0 win at bottom side Nancy that sent them three points clear at the top of the standings.

Toulouse moved up to second thanks to a 3-1 home win against Stade Brest while Olympique Marseille dropped to third after their home game against fourth-placed Olympique Lyon was called off because of strong winds.