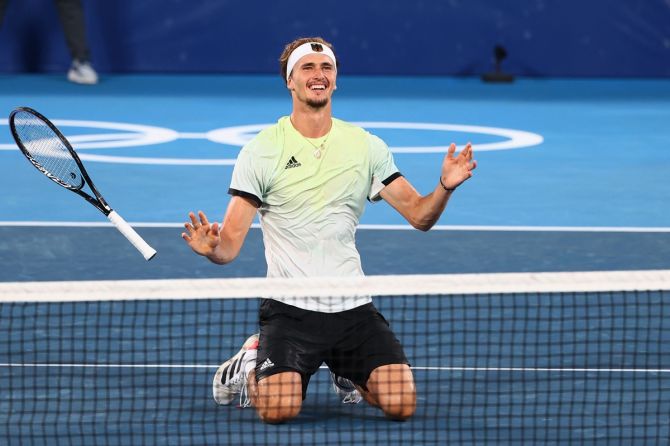 World number five Alexander Zverev won the biggest title of his career when he crushed Russian Karen Khachanov 6-3, 6-1 on Sunday to win the men's singles gold medal at the Tokyo Olympics.

The 24-year-old, who has yet to win a Grand Slam title, was in stunning form as he demolished Khachanov in 79 minutes to become the first German man to win a singles Olympic gold.

Zverev was flawless throughout and grabbed an early break to cruise to a 3-1 lead in the first set.

There were no signs of any nerves as he broke Khachanov again and bagged the set when his opponent sent an easy volley wide on the German's second set point.

Not even the loud protests of a handful of anti-Olympic demonstrators, booming into Centre Court through a bull horn, could distract Zverev as he broke the hapless Russian again in the second game of the second set.

Long criticised for his perceived mental weakness in big matches, including losing to Dominic Thiem in last year's U.S. Open final when he surrendered a two-set lead, Zverev proved the doubters wrong this time.

He remained in complete control, thundering backhand winners past his opponent who could only look on as he settled for silver.

Germany also won Olympic gold in the doubles with Boris Becker and Michael Stich at the 1992 Barcelona Games. The victory for the top-seeded Czech team and three-time Grand Slam champions put an end to Bencic's dream of making it a Swiss double golden success, after she triumphed in the women's singles final a day earlier over Krejcikova and Siniakova's compatriot Marketa Vondrousova.

But it helps continue a dream summer for Krejcikova who took home both the women's singles and doubles trophies at this year's French Open. She and Siniakova also won the 2018 French Open and Wimbledon.

Brazilians Laura Pigossi and Luisa Stefani won the bronze on Saturday, claiming their country's first tennis medal with a win over Veronika Kudermetova and Elena Vesnina of the Russian Olympic Committee.

© Copyright 2021 Reuters Limited. All rights reserved. Republication or redistribution of Reuters content, including by framing or similar means, is expressly prohibited without the prior written consent of Reuters. Reuters shall not be liable for any errors or delays in the content, or for any actions taken in reliance thereon.
Related News: Alexander Zverev, Barbora Krejcikova, Karen Khachanov, Katerina Siniakova, Belinda Bencic
COMMENT
Print this article 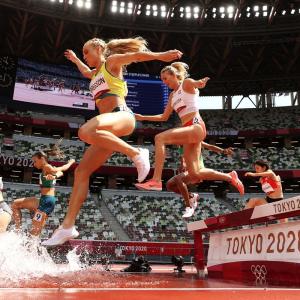 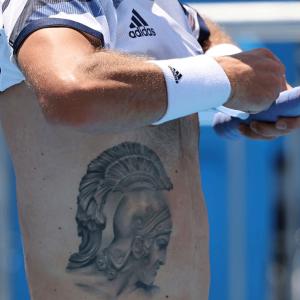