French super heavyweight Mourad Aliev remained seated at ringside for nearly an hour after being disqualified in his fight on Sunday, a call he furiously protested with kicks in the air and offensive gestures.

When the referee stopped his bout against Britain's Frazer Clarke with four seconds left in the second round, the Frenchman flew into a rage, spat out his mouth guard, kicked it, and punched at a TV camera. Clarke suffered cuts above his eyes in what the referee appeared to deem an intentional headbutt by Aliev.

Aliev remained sitting at ring-side for about half an hour, then departed the arena after a word with a group of suited officials, only to return about 15 minutes later.

The quarter-final match, which ended in the second round, secured at least a bronze for Clarke, who said he sympathised with the Frenchman and that he had advised him not to "ruin his reputation".

© Copyright 2021 Reuters Limited. All rights reserved. Republication or redistribution of Reuters content, including by framing or similar means, is expressly prohibited without the prior written consent of Reuters. Reuters shall not be liable for any errors or delays in the content, or for any actions taken in reliance thereon.
Related News: Mourad Aliev, Frazer Clarke, Great Britain, IMAGE, Andrew
COMMENT
Print this article 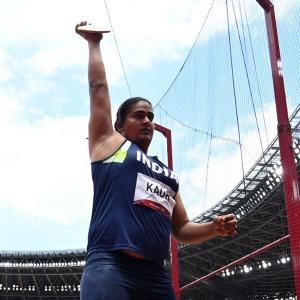 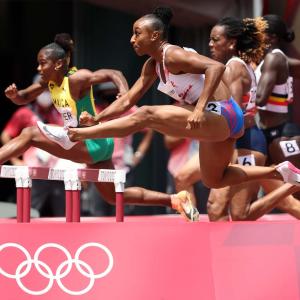