'I started (making videos) last year, inspired by some other people. When I'm desperate, when I feel down, I do these videos, I actually feel better' 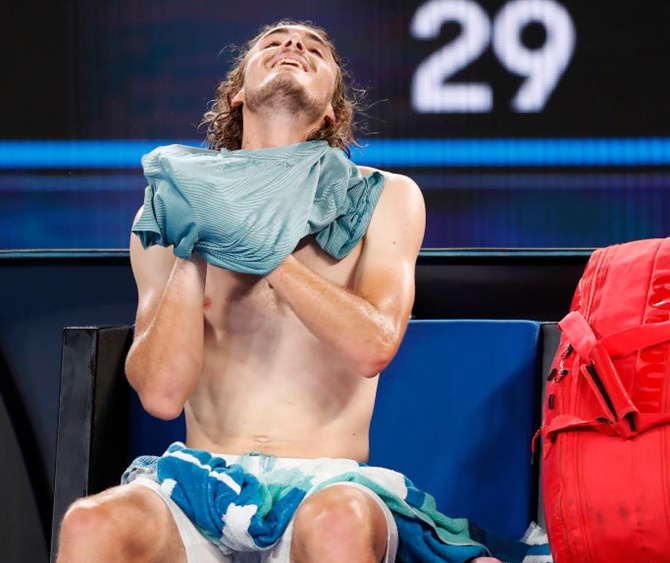 IMAGE: Tsitsipas offers insights into his career and travel on the channel. Photograph: Darrian Traynor/Getty Images

Stefanos Tsitsipas' YouTube channel is experiencing a surge in subscribers after he reached the Australian Open semi-finals and the Greek youngster will hope to add to his highlight reel when he faces world number two Rafael Nadal on Thursday.

Tsitsipas, who offers insights into his career and travel on the channel, has seen his subscriber base soar to nearly 50,000 after his four-sets quarter-final victory over Spain's Roberto Bautista Agut on Tuesday.

"I started (making videos) last year, inspired by some other people. When I'm desperate, when I feel down, I do these videos, I actually feel better," Tsitsipas, who stunned holder Roger Federer in the fourth round, said.

"It makes me realize that tennis is not the most important thing in life, that we all have some other talents that we don't know about. It kind of makes me more relaxed."

Tsitsipas' relaxed outlook to life belies the determination that has helped the 20-year-old go from a bright prospect to a genuine contender for a maiden Grand Slam title at Melbourne.

It is one of the reasons Nadal will not take Tsitsipas lightly despite beating him in straight sets in their two previous meetings last year.

"When you face these young players, they are in permanent improvement. He's with confidence. He won a lot of good matches. (It) Will be a tough one," Nadal, who beat another young contender in Frances Tiafoe in the last round, said of Tsitsipas.

"For me it's always the same: you're in the semi-finals of a Slam, you can't expect an easy opponent. Stefanos is one of the best players of the world. To have the chance to be in that final, I need to play my best."

In the women's draw, twice Wimbledon champion Petra Kvitova meets American Danielle Collins for a place in the final, less than two years after bravely returning to the tour following a traumatic attack by a knife-wielding home intruder.

© Copyright 2020 Reuters Limited. All rights reserved. Republication or redistribution of Reuters content, including by framing or similar means, is expressly prohibited without the prior written consent of Reuters. Reuters shall not be liable for any errors or delays in the content, or for any actions taken in reliance thereon.
Related News: Stefanos Tsitsipas, Rafael Nadal, Roberto Bautista Agut, Naomi Osaka, Roger Federer
SHARE THIS STORYCOMMENT
Print this article 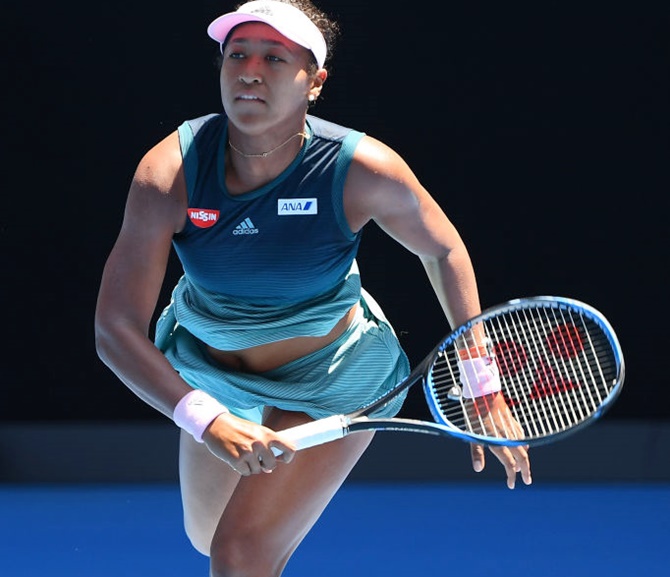 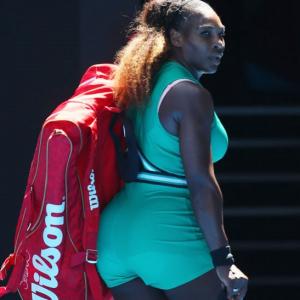