'I didn't do anything wrong. I stayed aggressive. She just literally hit the lines on some of them' 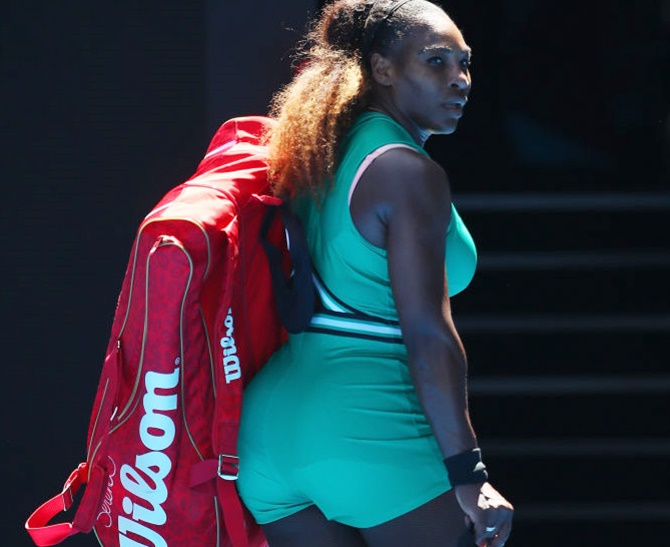 A disappointed Serena Williams denied 'choking' in her stunning quarter-final loss to Karolina Pliskova at the Australian Open on Wednesday after failing to convert four match points and surrendering a 5-1 lead in the deciding third set.

The seven-times champion lost a match point at 5-1 and saw another three disappear at 5-4 before crumbling to a 6-4, 4-6, 7-5 defeat to seventh seed Pliskova at Rod Laver Arena.

"It's kind of hard to say because she -- there's nothing I did wrong on those match points," Williams told reporters after her bid for a record-equalling 24th Grand Slam title ended.

"I didn't do anything wrong. I stayed aggressive. She just literally hit the lines on some of them."

"One she hit an ace, unreturnable serve. Like I literally did everything I could on those match points."

"It's not like -- yeah, I can't say that I choked on those match points. She literally played her best tennis ever on those shots."

After serving an ace to bring up the first match point at 5-1, Williams rolled her ankle and put a forehand into the net.

At 5-4, serving to stay in the match, Pliskova saved the second with a searing backhand winner.

Williams lost the third and fourth match points in near-identical fashion, netting forehands after being pushed into the corner by the desperate Pliskova.

From there, the American's dominant serve wavered as she double-faulted to fall to 0-30 at 5-5, and she was broken by an unforced error, allowing Pliskova to serve for the match.

Williams claimed her 23rd Grand Slam title while two months' pregnant at the 2017 Australian Open but has fallen agonisingly short of another since coming back from maternity leave.

She was beaten by Angelique Kerber in the Wimbledon title-decider and by Naomi Osaka in the controversial U.S. Open final in which she had a major row with the chair umpire.

Williams, seeded 16th at Melbourne, said she would keep "soldiering on" and continue her bid to match Margaret Court's record of 24 Grand Slam titles at the French Open.

Only 10 months into her comeback, the 37-year-old said she felt her she was still short of her best tennis.

"It's hard to say because, like I said, from the first tournament I'm thinking that I should win, which is not practical," she said.

Some 24 years after turning professional in 1995, Williams said she would absorb the match point lesson from Pliskova.

"Next time I'm up 5-1 against anybody, whether it's her or anyone, I just need to make sure I play lights out when I have match points," she said.

"The next time that I have match point ... just go bananas on it."

© Copyright 2020 Reuters Limited. All rights reserved. Republication or redistribution of Reuters content, including by framing or similar means, is expressly prohibited without the prior written consent of Reuters. Reuters shall not be liable for any errors or delays in the content, or for any actions taken in reliance thereon.
Related News: Serena Williams, Karolina Pliskova, Naomi Osaka, Laver Arena, Angelique Kerber
SHARE THIS STORYCOMMENT
Print this article 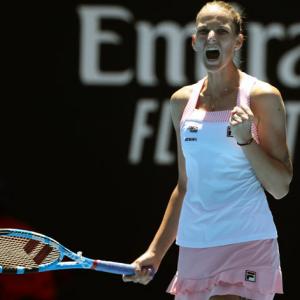 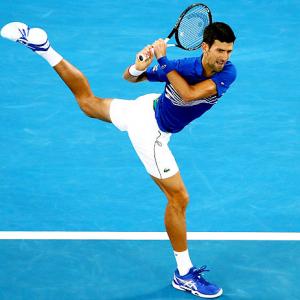 PHOTOS: Djokovic through to semis after Nishikori retires