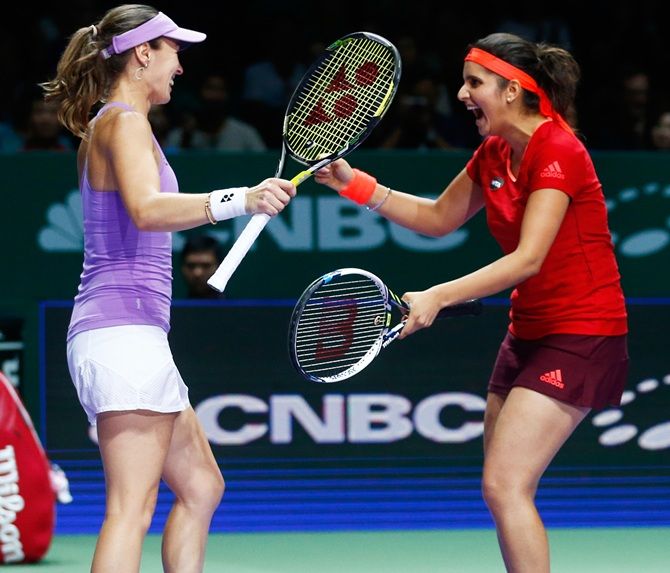 India's Sania Mirza and her Swiss partner Martina Hingis continued their domination in women's doubles by winning their sixth consecutive title at the Brisbane International Tennis Tournament, on Saturday.

Sania and Martina, the world No 1 team, stitched a 26-match winning streak together, which has brought them six titles in a row -- the US Open, Guangzhou, Wuhan, Beijing, WTA Finals and now in Brisbane.

It is the longest winning streak since Italians Sara Errani and Roberta Vinci's 25 in a row in 2012.

The top seeds drew first blood by breaking in the second game, but the joy was short-lived as Kerber and Petkovic reeled off four straight games to take a 4-2 lead in the opening set.

Sania and Martina though were unperturbed, having defused such situations many times in the last few months. They went about their business calmly and restored parity with another break.

Soon it was 4-4 and the Indo-Swiss combination held in the ninth game, forcing Kerber and Petkovic to serve under pressure and remain alive in the set.

The unseeded team though did not crack and stayed solid to make it 5-5.

Kerber and Petkovic again served at 5-6 to stretch it to a tie-breaker but offered two break chances to Sania-Martina and the top seeds obliged on second to nose ahead.

The Indo-Swiss pair controlled the game better in the second set, racing to a 3-0 lead.

It was a cakewalk for them from there, losing only one game before closing the match. 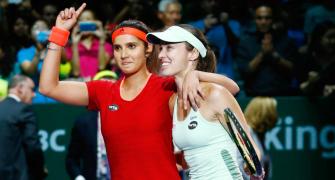 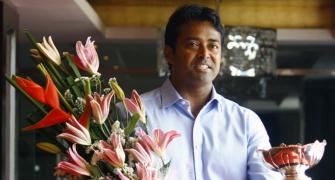 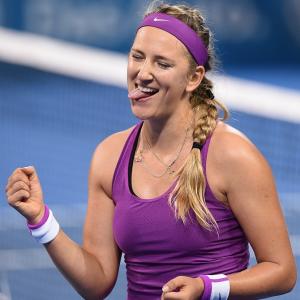