Bhopal Badshahs got the better of Chandigarh Comets 4-3 in the inaugural match of the World Series Hockey at the sector-42 stadium in Chandigarh on Wednesday.

The Badshahs were off to a great start, with Laxman Baskaran scoring in the third minute.

Geowynee Kyle Gamiet restored the Bhopal team's advantage four minutes later before having his effort cancelled out by Jasjit Kular Singh in the 29th minute.

The last quarter of the game witnessed as many as three goals within a span of seven minutes.

Gurjinder's second in the 57th minute put Chandigarh ahead only for Affan Yousuf to draw level four minutes later. 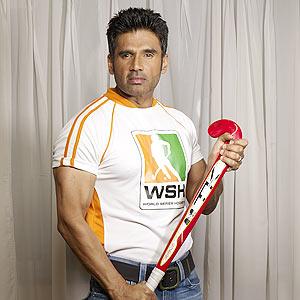