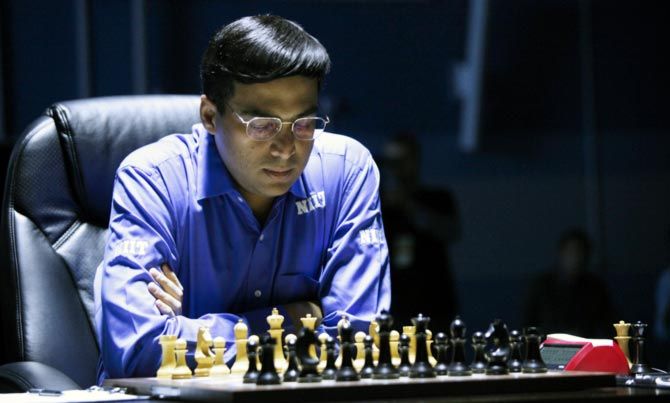 Viswanathan Anand missed out on an opportunity to press for serious advantage and settled for a draw with defending champion Magnus Carlsen in the fifth game of the World Chess Championship now underway in Sochi on Friday.

The third draw in five games left the score tied at 2.5-2.5, with seven games left in the million Euros match.

After a day's rest Anand looked for an advantage with white pieces and Carlsen was pushed to the wall once more. However, just when the world thought it could be a dangerous advantage in Anand's favour, the Indian ace erred and took a safer path, allowing Carlsen to liquidate to a drawn rook and minor piece endgame.

Opening with the Queen pawn, Anand faced a new opening for the third time in the match by Carlsen – a clear indication that the Norwegian has not been able to make up his mind and remains tentative with black pieces.

For the record, in the first game of the match Carlsen had chosen the Grunfeld defense, in the third game he had gone for the Queen’s Gambit

declined and today opted for the Queen’s Indian defense.

It was not a normal Queen’s Indian as Carlsen went for some side line with early deviation giving Anand a small but lasting advantage. In the post game conference Anand revealed that he had seen 'something like this before'. On his 16th move, Anand livened things up a little by going for a thematic central breakthrough and a handful of pieces changed hands in quick time thereafter. Carlsen took a practical decision on the 20th move by trading his Bishop for a centralised white knight and thereafter white was either playing for a win or a draw.

Carlsen definitely had seen deeper and believed in his position firmly as he went about collecting one of white’s pawn before exchanging the queens to reach a difficult endgame. Anand got his best chance on move 26 when a correct move would have prolonged the agony for Carlsen but did not feel it was worth the try.

A pair of rooks flew off the board as a result and the players were soon staring at a deadlock with pawns on just one flank. After further trading of pieces the peace was formally signed after 29 moves.

This draw puts Anand under a bit of a pressure now as Carlsen will now get to play two white games on the trot in game six and seven. The onus is now on Anand to salvage the next two and if the Indian ace successfully does that, the tide is likely to turn in his favour. 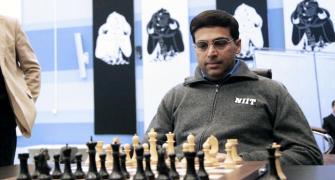 Anand to play with white in World Chess Championship opener 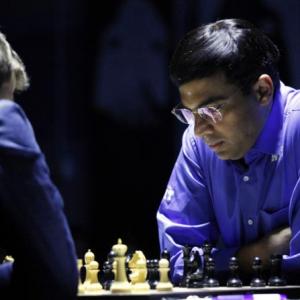 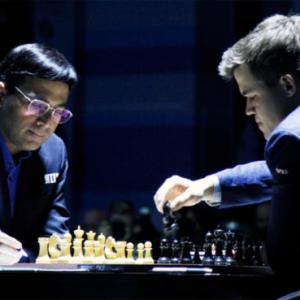