News
Business
Movies
Sports
Cricket
Get Ahead
Money Tips
Shopping
Sign in  |  Create a Rediffmail account
Rediff.com  » Sports » With an eye on French Open, Ankita puts in the work for qualifiers 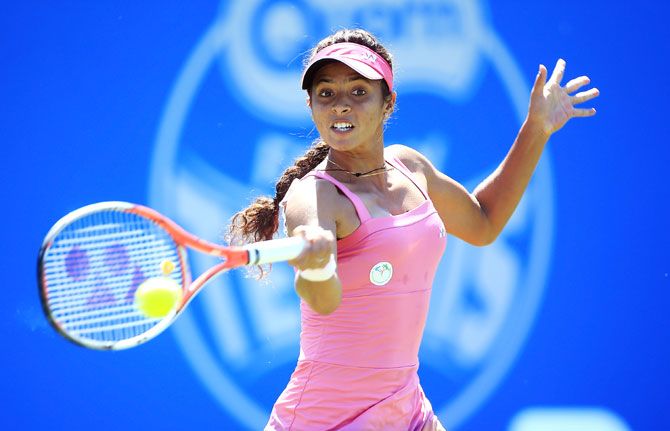 India has not had a female player in the singles main draw of a Grand Slam since Sania Mirza played at the Australian Open in 2012 and a gritty Ankita Raina is all fired up to change this statistic in the French Open qualifiers, beginning on Tuesday.

It all began at the WTA event in Mumbai and a phenomenal Fed Cup, where she remained unbeaten in singles and also beat a top-50 player. The performance brought about a change in perception about her.

Consistent results in the last six months on the Pro circuit helped Ankita to not only break into the top-200 for the first time in her career, but also force authorities to include her in the Target Olympic Podium Scheme (TOPS) for which she was earlier ignored.

She is only the fifth player in India's tennis history to break the top-200 barrier.

Out of other four, Shikha Uberoi and Sunitha Rao were US-based players and only Sania and Nirupama Vaidyanathan trained and flourished in India.

Enjoying her career-best rank she is now knocking on the doors of a Grand Slam.

Ranked 181, Ankita now has a chance to revise the history.

After returning from China, where she played four ITF and WTA events, she had little time to fine-tune her game with her coach Hemant Bendre in Pune ahead of the big test.

"I had three days in Pune in which I had to get my UK visa. The three days I got I worked on the foot work and sliding which is required on clay courts. Also while I was travelling I was doing strength exercises for the muscles that help to balance while sliding. Plus I have two days in Melbourne," Ankita told PTI about her preparations.

The 25-year-old understands the enormity of the occasion but would like to keep it simple.

"I have always had a lot of dreams and goals for my tennis with most of them coming true but I think playing my first Grand Slam will always be special.

"After all these years of patience and hard work, it feels like it's paying off. But it's just another week of tournament for me because it's going to be the same ball, the same tennis court so that's how I think," she said.

Ankita played on clay during her recent stay in China, so adjusting to the surface won't be much of a problem. And she is not bothered much about her opponents.

"I've been competing with top 200 players for a while now. So, here I will be facing most of them. After a certain level, tennis becomes very mental and it's all about how strong and patient you are in your head. The belief and confidence helps you to pull out those crucial or tight matches," she said with confidence.

Ankita will have her coach Bendre by her side and also her mother Lalita, who ran from pillar to post to get her daughter get her due.

Bendre explained how Ankita has trained in run up to the French Open.

"She has been working on the strength of groin muscles, required more on clay and also on the X pattern.

"This pattern is used to move back, come to centre of X and as per requirement respond to the opponent's stroke, either go back to defend or move forward to attack. On hard court, we move mostly laterally, which will not work effectively on clay," Bendre explained.

The coach is proud of her ward but wants more from her.

"I would be more excited when she breaks into top-100 and regularly plays main draw of Grand Slams. I don't want to take anything away from what she has achieved single-handedly, travelling alone, managing things on her own but my advice to her is always, 'miles to go'," he said. 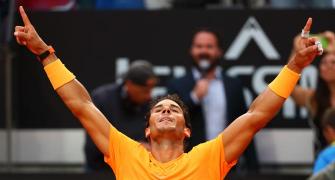 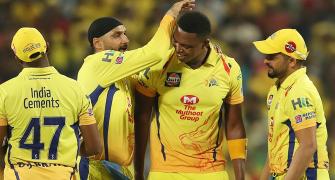 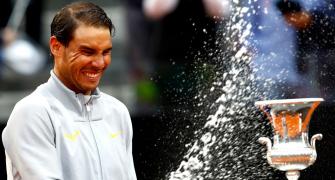 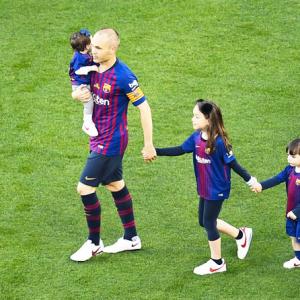 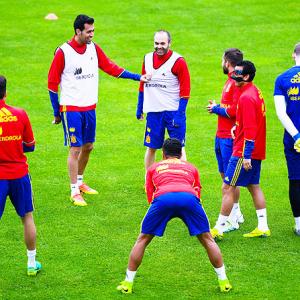