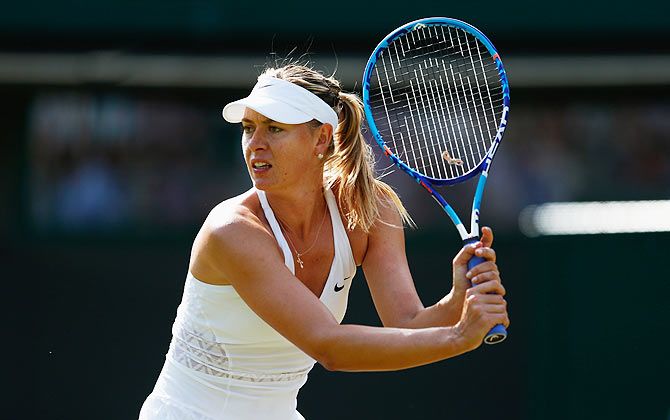 One of the biggest duels in women’s tennis will be played out on Centre Court at Wimbledon on Thursday.

As Russian Maria Sharapova and American Serena Williams get ready to slug it out in their big-ticket semi-final, records and history tells us who has had the upper hand.

The Russian fourth seed is blocking Williams' path to an eighth Wimbledon final and judging by the way the American bludgeoned her way past Azarenka on Tuesday, after losing the first set, she will need to reinforce the barricades with everything at her disposal, then hope the 33-year-old has an off day.

Sharapova said on Tuesday that although there are definitely no secrets between each other's games, it would be an incredible moment for her to step out on Centre Court against Williams again.

"There's no easy road to victory. You're going to have your bumps. That's the way I see it," she added. 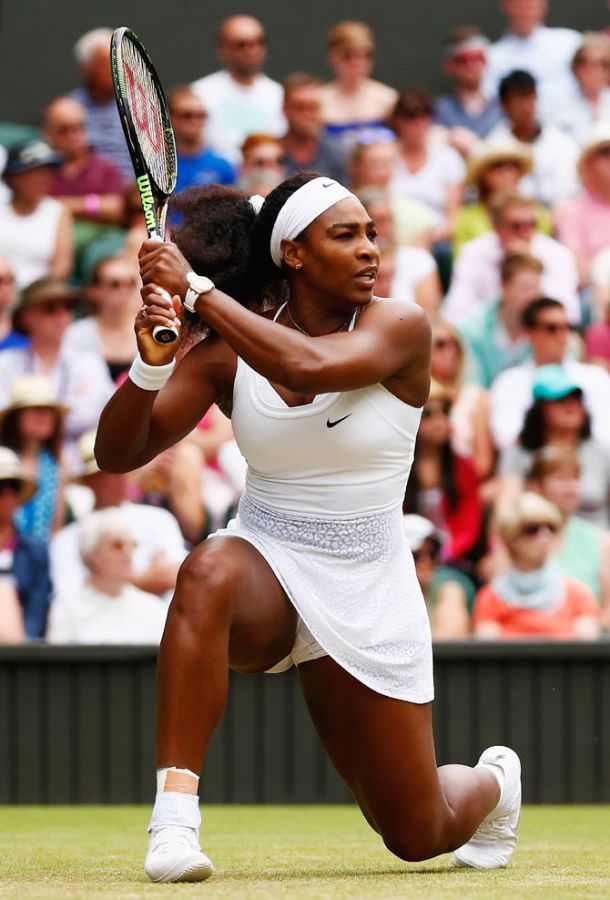 For all her pre-programmed on-court positivity, Sharapova has become a punching bag for Williams since 2004, the year she stunned the tennis world by beating the American to the Wimbledon title.

She beat her again that year but since then her 0-16 record (2-17 overall) is a depressing tale of woe.

No wonder Williams is looking forward to Thursday's Centre Court date against a player with whom her relationship is, at best, professionally respectful.

"I love playing Maria. I think she brings out the best in me," the 33-year-old said, without a hint of irony, after defeating former World No 1 one Azarenka -- a match in which a supreme Williams produced 47 winners, including 17 aces, and only 12 unforced errors.

Williams avoids talking about the possibility of a calendar-year grand slam but with the Australian and French Opens already secured and just two more wins required to clinch the third leg of the sport's ultimate feat, she knows she will never have another opportunity like this.

And the last person she would want to deny her the chance, one imagines, is Sharapova.

She has only conceded one set to the Russian in five years. 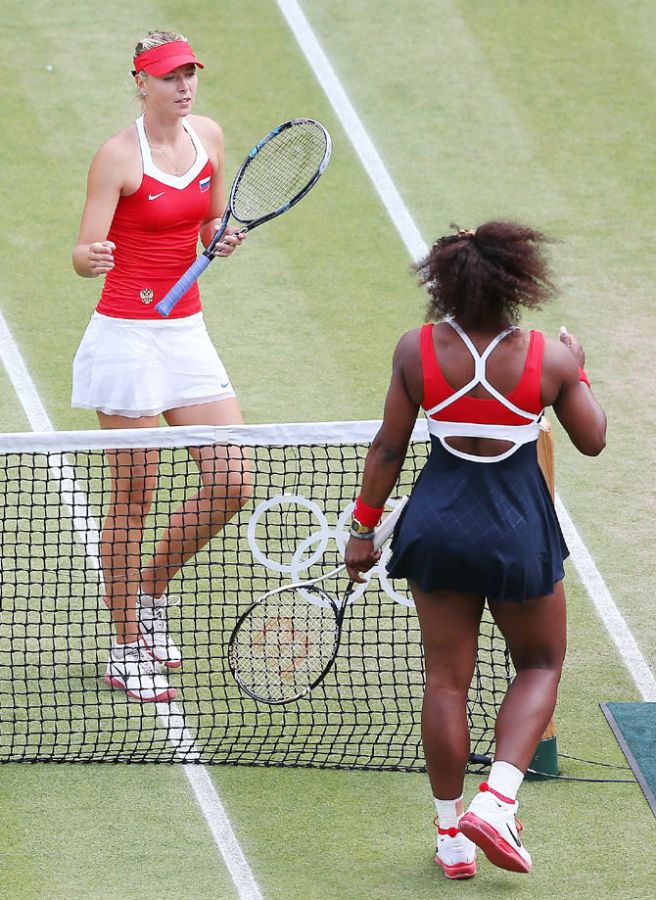 The last time they met on the Centre Court grass, in the final of the London 2012 Olympics, Sharapova managed only one game, and while subsequent meetings have been closer, whatever she throws at the American, however much she ratchets up the volume, it gets returned with interest, and a often a glare.

At least Sharapova has that 2004 triumph in the memory bank.

"I haven't seen my name on the trophy in a while," she told reporters after struggling past unseeded Coco Vandeweghe on Tuesday.

"I know it's there but I would love to check it out again to make sure it's still there. That would be nice."

With Williams on a 26-match winning streak in grand slam play and her game in rude health it is unlikely she will be getting a close look at it this year.

Waiting in the final for the victor will be either Poland's Agnieszka Radwanska, who Williams beat to win her fifth and last Wimbledon title in 2012, or Spain's 20th-ranked Garbine Muguruza. 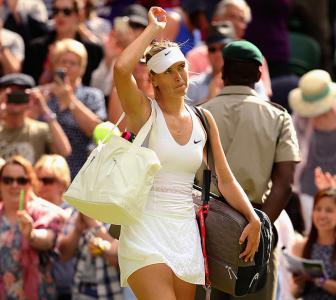 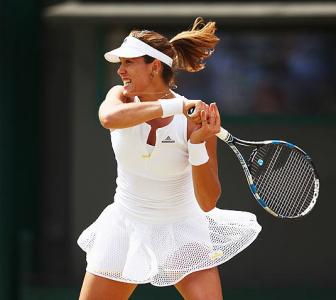 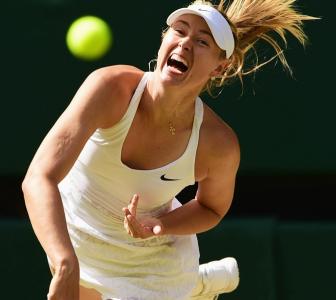 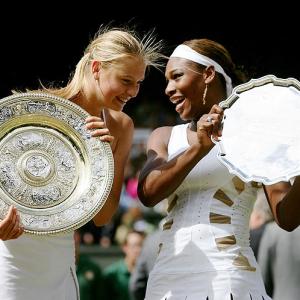 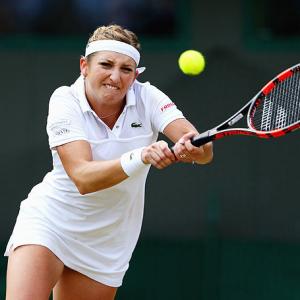 Bacsinszky and Keys silenced at Wimbledon