News
Business
Movies
Sports
Cricket
Get Ahead
Money Tips
Shopping
Sign in  |  Create a Rediffmail account
Rediff.com  » Sports » Why sports in India is struggling to make a mark

Why sports in India is struggling to make a mark

- A Parliamentary Standing Committee praised the government for the wrestling and boxing facilities at the Sports Authority of India's Sonepat Center but pointed out that "excellence needs to be replicated for other sports disciplines". 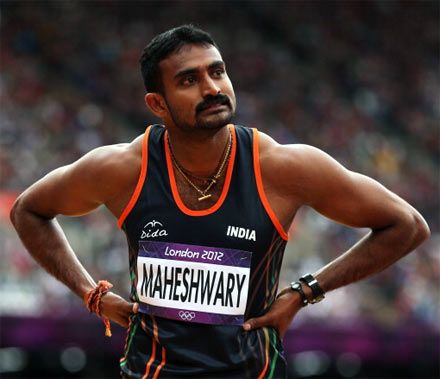 A Parliamentary Standing Committee has come down hard on the Sports Ministry for its inaction on the the issue of mobilisation of funds from the Public Sector Undertakings (PSU), which it said has led to lack of finances to support athletes in their quest for excellence.

The Parliamentary Standing Committee on Human Resource Development, in its 271st report on 'Performance of National Sports Development Fund (NSDF) and Recruitment and Promotion of Sportspersons', expressed its anguish that the Sports Ministry has not acted upon its earlier directions.

"... it has come to notice that CPSUs are not adequately familiar with the existence of NSDF and they are by and large linking NSDF with CSR activities. The Committee, therefore, directs Department of Sports as well as Sports Authority of India to take all possible measures immediately to educate all the CPSUs on the difference between NSDF and their role in CSR so that funds can be mobilised for NSDF without any delay," said the report of the Committee headed by BJP Rajya Sabha member Satyanarayan Jatiya.

"The Committee notes with anguish that this issue was also pointed out in its previous Report on the same subject. However, no action seems to have taken in this regard and in case the awareness and familiarity about the NSDF among the CPSUs continue to languish as on date, the very purpose of NSDF would be defeated and Department of Sports/SAI (Sports Authority of India) would be responsible for the failure on their parts to popularise the same.

"The CPSUs are participating on development and promotion of sports...they are not aware of requirement for contribution to NSDF for promotion of excellence in sports, as well as broad-basing of sports. The Department of Sports and SAI have not properly familiarised NSDF to them and the role required from them in this regard. The Committee recommends that Department of Sports/SAI should make concerted efforts in co-ordinating with them in promotion of sports in perspective of extant National Sports Policy and encouraging them to make contribution to the NSDF," it said.

The NSDF was created in 1998 to mobilise resources from government and non-government organisations for promoting sports and sportspersons for achieving excellence, and to construct and maintain infrastructure as may be required for promotion of excellence in sports.

Its mandate allows it to take funds from the private sector for the promotion of sports in the country, and there is 100 per cent exemption from income tax on all contributions to the fund.

The Committee praised the government for the wrestling and boxing facilities at the SAI Sonepat Center but feels that "excellence needs to be replicated for other sports disciplines".

"The Committee feels that the athletics tracks and turf for hockey needs to be improved and brought at par with the international level incorporating the latest technology and sports facilities," it said.

Regarding National Institute of Sports (NIS) in Patiala, the Committee recommended that SAI should provide more funds to the institute for the purchase of equipments for the use of the trainees there in view of next year's Olympic Games.

"The Committee also recommends that an indoor stadium for athletics should be built for the year and practice of athletes. The Committee also directed NIS, Patiala to have interface with (State Bank of Patiala) SBP and other PSUs in Punjab for sponsorship and adoption of certain events and players who have been shortlisted for international events. The Institute may identify the areas where these PSUs are able to provide financial assistance," the report said.

The Committee appreciated the efforts undertaken by Public Sector Undertakings and Public Sector Banks for the promotion of sports but expressed unhappiness over the lack of a definite sports policy in them.

"...SAI needs to tie up with the concerned agencies so that a definite sports policy can be adopted by the PSUs and Banks for promotion of sports in the perspective of the National Sports Policy 2001 which envisage promotion of excellence in sports and broad-basing of sports.

"Further, a policy needs to be formulated so that certain percentage of funds earmarked for CSR activities can be allotted for the promotion and development of sports in the country. The recruitment of sportspersons in PSUs/PSBs are being done as per the guidelines of DoPT, which stipulates reservation upto 5 per cent in existing vacancies. This implies that there is no minimum cap for employment of sportsperson in the said guidelines," the Committee said.

"The Committee, therefore, strongly recommends that DoPT should make necessary amendments in the guidelines for recruitment of sportspersons so that the mandatory 5 per cent quota of sportspersons of arising vacancies is filled up."

The Committee said that Public and Private Sector Undertakings as well as Banks/Finance Institutions should be encouraged by the Department of Sports/SAI to adopt one sports discipline or can take total responsibility of scouting talents and its nurturing including their participation in various national and international events.

"On the reciprocal basis, the concerned donor should have its nominee in concerned National Federation/Association. The Committee directs that Department of Sports and SAI should nominate an exclusive Nodal Officer in each region for co-ordinating with PSUs/PSBs so that they can contribute to the NSDF as well as adopt a sports discipline/game or a center."

The Committee also asked Department of Sports to prepare a database of outstanding sportspersons of yesteryears who are now living in penurious circumstances.

"...initiative may be taken by the Department of Sports to alleviate the financial condition of such sportsperson of yesteryears who have won medal or participated in National/International  events/championships by providing lumpsum financial assistance/lifelong pension facility, etc." said the Committee.

The Committee made a strong plea to the stakeholders to ensure that Indian athletes produce a good show in Rio Olympics.

"The performance of Indian contingent in the previous Olympics is mostly about failure. It is merely a question of when and where our sportspersons failed and blame game, as usual, where accusations are exchanged among the involved people who refuse to accept any responsibility. The first and foremost question to be asked is whether team or sportsperson fell short of expectations on account of poor training, exposure and lack of amenities. Keeping in view the breakdown of Indian contingent in past Olympics, the Committee expects the sportspersons to stand up to the pressure of Olympics and not to give a below par performance."

Ahead of winter session, BJP warms up to Congress 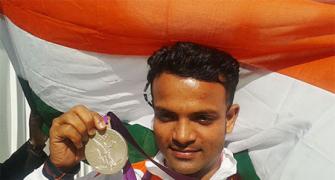 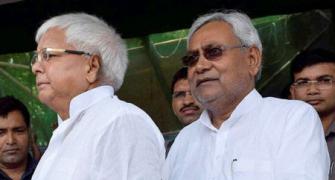 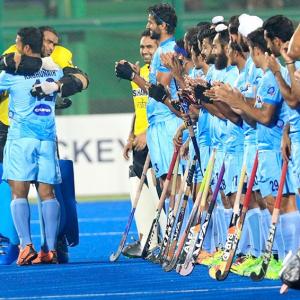 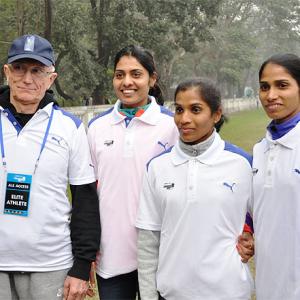