The Swiss is out of sight as FIFA corruption scandal deepens FIFA President Sepp Blatter kept out of sight for the second successive day on Thursday when he failed to show up at a medical conference the day after world soccer's governing body was plunged into another corruption scandal.

The embattled 79-year-old Swiss national, who rarely misses a FIFA-related event and usually stops to speak to the media, was also conspicuous by his absence on Wednesday when he failed to attend a meeting of African delegates, assembled in Zurich ahead of Friday's Congress.

FIFA's chief medical officer, Michel D'Hooghe of Belgium, told the medical officers: "President Blatter apologises for not being able to come today because of the turbulences you have heard about."

Those turbulences involved a dawn raid by plainclothes police officers at one of Zurich's most luxurious hotels on Wednesday leaving seven of the most powerful figures in global football in custody overnight and facing extradition to the United States on corruption charges after their arrest.

The Swiss authorities also announced a criminal investigation into the awarding of the next two World Cups being hosted in Russia in 2018 and Qatar in 2022.

Those actions have sparked the gravest crisis in FIFA's 111-year history with confederations now seemingly in open warfare with one another, just a day before Blatter is expected to be re-elected as FIFA president for a fifth term on Friday.

UEFA, the European confederation, issued a statement on Wednesday calling for the Congress, and the election of a new president to be postponed amid suggestions it might boycott the event, but the AFC, the Asian confederation, countered by continuing to support Blatter and saying the election should go ahead.

The crisis has also shown up deep divisions in the French football federation.

Michel Platini, the French president of UEFA and a firm opponent of Blatter, is backing Blatter's presidential opponent Prince Ali Bin Al Hussein of Jordan if Friday's election goes ahead.

However the president of the French FA, Noel Le Graet, said he was backing Blatter as "he did not know Prince Ali".

Les Murray of Australia, a former FIFA Ethics committee member, also called for Blatter to resign as have the FA chairmen of a number of leading European countries including England and Germany.

Meanwhile FIFA's blue-chip sponsors, many of whom have solidly backed FIFA despite nearly 20 years of bribery and corruption allegations, appeared to be growing unexpectedly concerned at events unfolding in Zurich.

In an unusually strongly worded statement, Visa Inc said: "It is important that FIFA makes changes now, so that the focus remains on these going forward. Should FIFA fail to do so, we have informed them that we will reassess our sponsorship."

Perhaps Blatter should have turned up at the medical conference after all. They could have given him some strong headache pills.

© Copyright 2021 Reuters Limited. All rights reserved. Republication or redistribution of Reuters content, including by framing or similar means, is expressly prohibited without the prior written consent of Reuters. Reuters shall not be liable for any errors or delays in the content, or for any actions taken in reliance thereon.
Related News: FIFA, Sepp Blatter, UEFA, AFC, Congress
COMMENT
Print this article 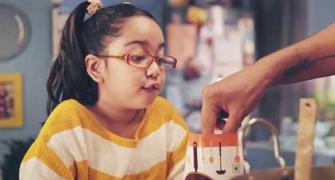 This pole dancer will win your heart