We have in-principal approval for customs exemption: JPSI

The organisers of the Indian Grand Prix on Wednesday said they have 'in-principal approval' for custom exemption and they are even ready to pay whatever duty is required to hold the October 30 race.

A report in The Times of India, claimed that since the government does not classify Formula One as a sport, it was not willing to grant any exemption to the organisers and hence JPSI will have to pay Custom Duty on the temporary import of F1 equipment to the country.

However, Jaypee Sports International Limited (JPSI) on Wednesday insisted they have support from all quarters.

"If required, JPSI will pay customs duties and taxes etc. for the temporary import of equipment. The estimated value of this equipment is about Rs 150 crore and the final duty payable on this will be approximately Rs eight crore," Gaur added.

Meanwhile, S D Majumder, the Chairman of Central Board of Exise and Customs (CBES) said that exemption cannot be granted to JPSI since the F1 race is not an event of national importance.

"When equipments are imported for sports events of national importance, the Sports Ministry issues a certificate, on the basis of which Customs Department issues exemption notification subject to them (equipment) getting exported back. For Commonwealth Games and the (cricket) World Cup, those certificates were issued, so we gave exemption.

"In this case, the Sports Ministry has not given any certificate, so there is no question of granting any exemption. As it is, there are entitled to get Duty drawback up to 98 per cent on the equipment imported.

"So effectively, they will have to pay only around 2 per cent. This is not an event of national importance so no such exemption is required," Majumder said. 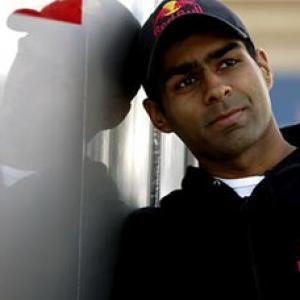