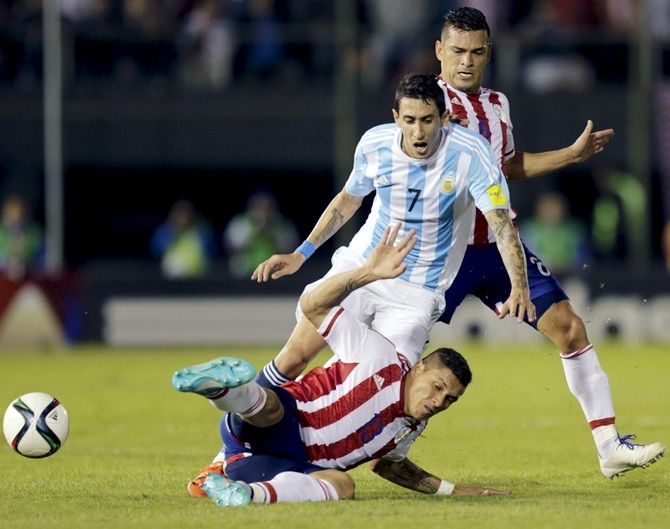 Argentina remain winless in South American qualifying for the 2018 World Cup after struggling to a 0-0 in Paraguay on Tuesday, while Uruguay and Ecuador both made it two wins from two games to top the group.

Uruguay beat a poor Colombia 3-0 while Ecuador, who stunned Argentina in Buenos Aires five days ago, scored a 2-0 home win over Bolivia.

Uruguay top the 10-nation group on goal difference from Ecuador, each with six points, Paraguay have four and Colombia and Chile, who play Peru in Lima later on Tuesday, have three.

Without the injured Lionel Messi and Sergio Aguero, Carlos Tevez was tasked with leading the Argentina attack in Asuncion and headed a good Angel Di Maria cross just over the bar.

Tevez then suffered a broken nose early in the second half when he was hit by defender Victor Caceres's elbow going for a high ball and spent four minutes being bandaged up before returning the fray.

He was eventually substituted in the 75th minute. 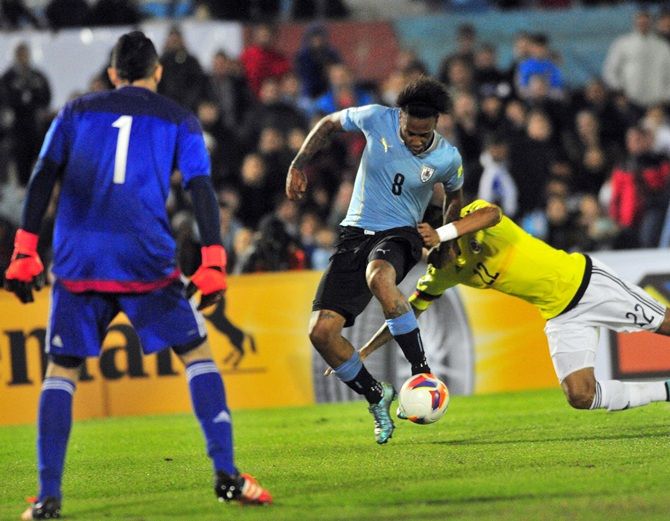 Uruguay moved top of the group after an easy win over Colombia side missing James Rodriguez and who had Juan Cuadrado sent off in the dying moments at the Centenario.

They took the lead after 33 minutes when centre back Godin rose to bullet home a header from a Carlos Sanchez corner kick.

Rolan added a second six minutes into the second half when he took a cross from Nicolas Lodeiro and deftly chipped the ball over Colombian goalkeeper David Ospina.

Hernandez got a third after 87 minutes when he wrestled free from a defender and hammered home from a tight angle. Ecuador, still on a high after their win in Buenos Aires, overcame the elements and a stuffy Bolivia side to win in Quito.

Torrential rain made the pitch almost unplayable during the opening period with huge puddles dotting the surface.

But the rain eased in the second half and Miller Bolanos got the first goal in the 81st minute when he played a one-two with Juan Cazares and skilfully slipped the ball under the advancing goalkeeper.

Felipe Caicedo added a second from the penalty spot in injury time after he was felled in the box.

All 10 South American teams play each other home and away with the top four qualifying automatically and the fifth-placed team going into a play off.

Brazil, who lost in Chile last week, are currently in action against Venezuela. 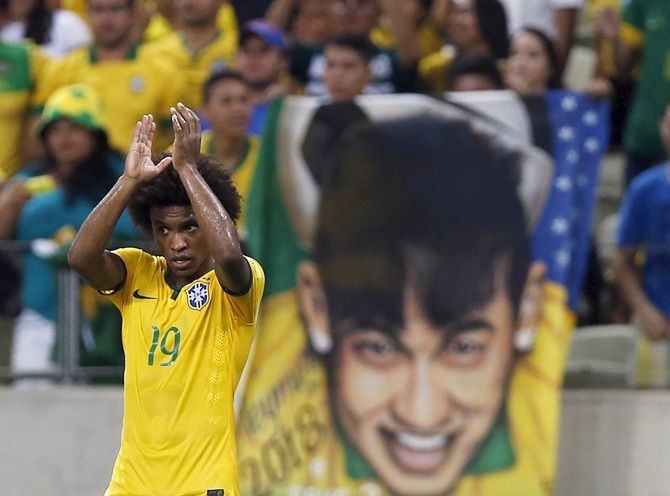 Willian scored after 40 seconds and added a second just before the break as Brazil beat Venezuela 3-1 to pocket their first points in South American qualifiers for the 2018 World Cup.

After their 2-0 defeat to Chile last week, Brazil, again without the suspended Neymar, raced out of the blocks at the Castelao in Fortaleza and Willian slotted home between Velezuela goalkeeper Alain Baroja and his near post.

Venezuela pulled one back in the 64th minute when Christian Santos turned the ball into the net at a corner but striker Ricardo Oliveira restored Brazil's two-goal cushion nine minutes later, ghosting in behind defender Fernando Amorebieta and stooping to head past Baroja.

It was a timely win for Dunga’s Brazil ahead of their visit to Buenos Aires next month to play arch-rivals Argentina, who have yet to score in two games.

The 2014 World Cup finalists were stunned 2-0 by Ecuador in their opener and held 0-0 in Paraguay on Tuesday.

Dunga will be able to call on Neymar for that match after he completed his suspension from the Copa America, while Argentina will hope Lionel Messi recovers from an injury that has kept him out of their two qualifiers so far. 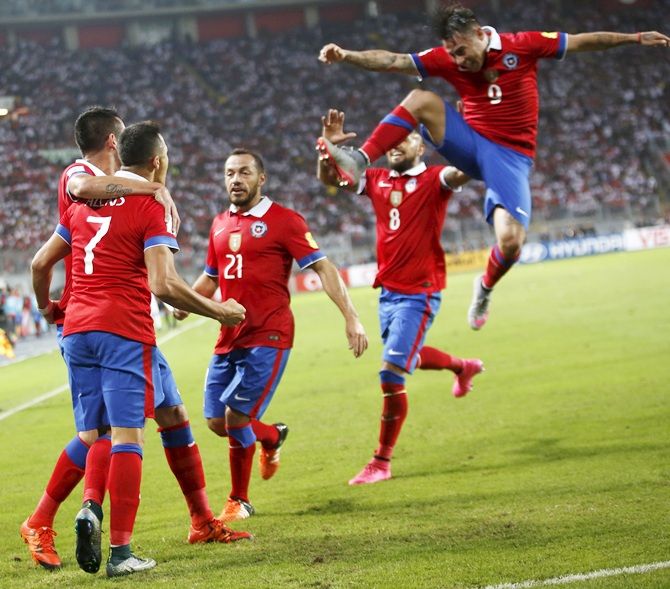 The victory puts the Copa America winners, who beat Brazil 2-0 last week, level on six points with Uruguay and Ecuador at the top of the 10-nation group standings.

Chile took an early lead when a through ball from Mauricio Isla found Sanchez in the box and he slotted past goalkeeper Pedro Gallese.

Peru equalised in the 10th minute through Jefferson Farfan but were reduced to 10 men in the 23rd minute after Christian Cueva was sent off for a kick at Jorge Valdivia.

They still managed to grab the lead when Farfan converted a 36th-minute penalty.

Chile pulled level four minutes before halftime when striker Vargas scored from Valdivia's pass and went ahead with Sanchez's second goal in the 44th.

Vargas scored his second four minutes into the second half after running onto a pass from Sanchez and wrong footing Gallese.

A double save by Gallese from Arturo Vidal then Valdivia prevented Chile from scoring a fifth after an hour and Paolo Guerrero struck Peru's third in added time.

© Copyright 2021 Reuters Limited. All rights reserved. Republication or redistribution of Reuters content, including by framing or similar means, is expressly prohibited without the prior written consent of Reuters. Reuters shall not be liable for any errors or delays in the content, or for any actions taken in reliance thereon.
Related News: Ecuador, Paraguay, IMAGE, Carlos Tevez, Felipe Caicedo
COMMENT
Print this article 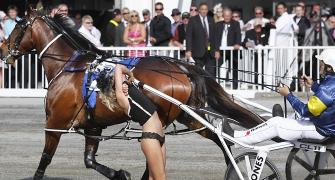 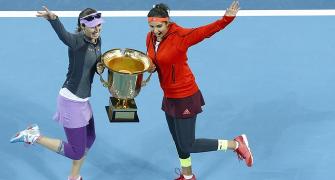 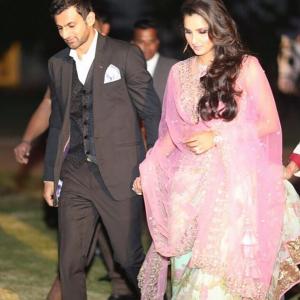 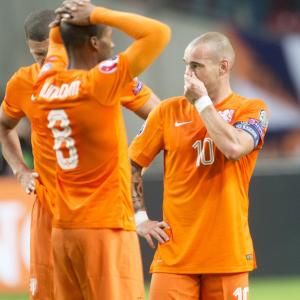