Wawrinka shows Berdych the door, to play Malisse in final

We said so on Friday.

Tomas Berdych's performance in his previous two matches at the Chennai Open hardly justified his status as the tournament's top seed.

And it looked imminent that he would struggle against a better opponent if he continued playing like he had done in his run-up to the semi-final -- he had progressed that far simply because the players he faced weren't good enough.

In Stanislas Wawrinka the Czech finally came up against an opponent who was capable of capitalising on a shoddy effort.

On the last occasion the duo had faced each other -- in the Rome Masters last year, Berdych was in sublime form. However, it was Wawrinka who had prevailed then in a tight encounter.

Saturday's semi-final was entirely different. While Berdych's form in the tournament had been indifferent, Wawrinka himself had had problems in his previous two matches.

However, the fact that he had come from behind to win both those matches  against David Goffin and Robin Haase respectively  gave him ample confidence to face an opponent who was himself fell short on that count. 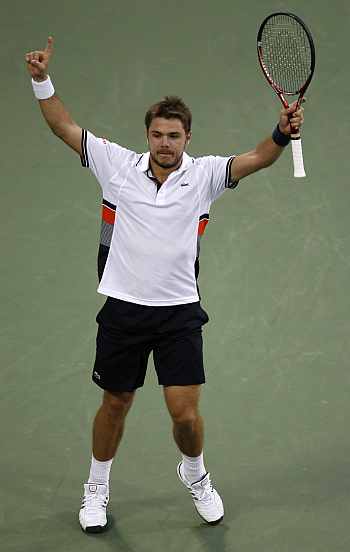 The end result was palpable.

The Swiss dominated the last four encounter, scoring a comprehensive 6-3, 6-1 win over the Czech to book a berth in the final for the second year in a row.

The win also helped the third seed level his career head to head with Berdych at 4-4.

Wawrinka will play Xavier Malisse, a winner here in 2007, in the final on Sunday. The Belgian, seeded seventh, got the better of sixth seed Janko Tipsarevic of Serbia in the day's first semi-final, coming from behind to win 3-6, 6-3, 6-2.

The Berdych-Wawrinka semi-final was a colossal disappointment for a capacity crowd at the Nungambakkam Stadium. The crowd, unusually high for a match not involving Indian players, had been expecting a tight encounter having witnessed competitive tennis in the opening semi-final.

However, they were in for a major disappointment, thanks largely to Berdych's protracted vapid display.

After the games went on serve in the first four games of the opening set, a backhand winner helped Wawrinka earn his first break in the fifth.

The Swiss used the opening to race through the set, pocketing it in just 38 minutes. The duration of the second set was exactly the same.

However, the extent of Wawrinka dominance over Berdych had increased manifold. The Swiss broke the Czech thrice in the set -- in the third, fifth and seventh games  to ensure himself a comfortable passage to the decider.

In the earlier match, Tipsarevic, also a semi-finalist last year, began well breaking Malisse in the second game to rush through the opening set.

The duo traded breaks early in the second set.

However, thereafter the Serbian suffered from a loss of concentration and succumbed rather tamely to the rejuvenated Belgian, Malisse securing vital breaks in the eighth game of the second set and the first and seventh game of the final set to secure what in the final analysis was a fairly comfortable result.

The results on Saturday though ensured what could be a competitive final. While Wawrinka would be looking to go one better than his effort last year, Malisse would look to complete a perfect comeback with his second title in Chennai. 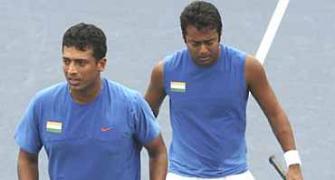 Chennai Open: Paes-Bhupathi survive first round
Berdych breaks no sweat in Chennai opener
Match against Lee-Hesh will be fun: Dancevic 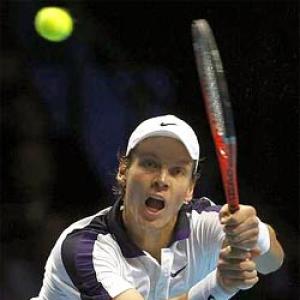