Ferrari's times were eye-catching, and quicker than anything from last year's weather-affected first four-day test at the Circuit de Catalunya. 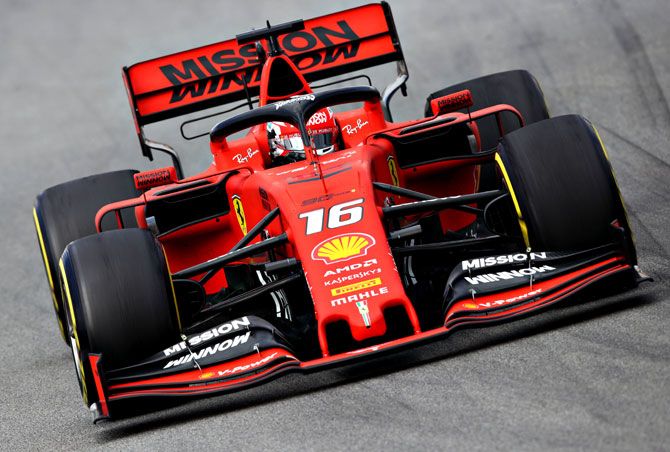 New recruit Charles Leclerc kept Ferrari on top of the timesheets, and did more laps than any other driver, on the second day of Formula One's pre-season testing in Spain on Tuesday.

After team mate Sebastian Vettel led the way on Monday with the fastest time and most laps, Kimi Raikkonen's 21-year-old replacement slotted in seamlessly with a time not far off the German's best.

The Monegasque produced a best time of one minute 18.247 seconds and did 157 laps, compared with Vettel's 1:18.161 and 169 laps on Monday, in dry but partially cloudy conditions and chilly temperatures at the Circuit de Catalunya.

"I quickly felt comfortable with the SF90 and I have to say I really enjoyed myself," said Leclerc. "Let's hope we keep going like this over the next few days."

Five times world champion Lewis Hamilton, working through the Mercedes testing programme, did one more lap than Leclerc in the morning stint before handing over to team mate Valtteri Bottas.

Between them, the Mercedes drivers covered 163 laps -- the most by any team -- without their times standing out from the crowd as the champions focused on set-up and long-run reliability.

"We were focusing on working through our run plan and we got through everything we wanted," said Hamilton.

"It's good that we're getting in a lot of mileage and we will try to increase that over the next days as we continue to discover the characteristics of this car." 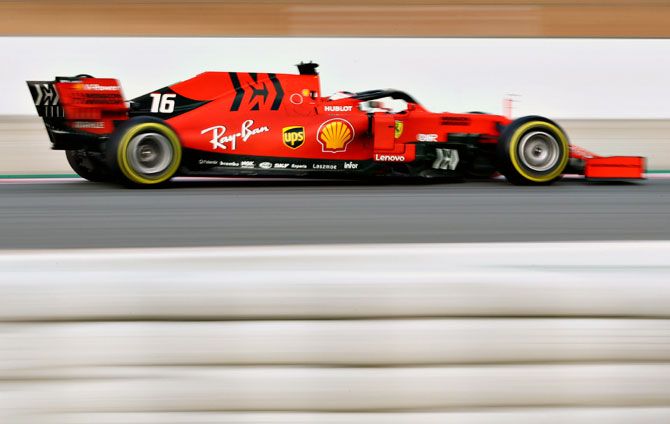 Ferrari's times were eye-catching, and quicker than anything from last year's weather-affected first four-day test at the Circuit de Catalunya.

McLaren's British teenager Lando Norris was second fastest on softer tyres, with a time of 1:18.553, but it was another rookie who stood out for distance -- Thai racer Alexander Albon completing a hefty 132 laps in the Toro Rosso and ending up fourth on the timesheets.

Albon skidded off after four turns of his first installation lap but soon put that behind him.

"My own cautiousness created the spin but lesson learnt," said the 22-year-old of his first proper run in the Honda-powered car.

"As soon as you start to push and feel the grip, you kind of think you're on the limit and then there's a whole new limit to be had... It was kind of like that the whole day. It's been really good."

Rule changes, with new aerodynamic regulations, were expected to make the cars around 1.5 seconds per lap slower. But the evidence so far has been that much of the lost time has been regained.

By the time the season starts in Australia on March 17 cars can be expected to be going even faster, but Pirelli's F1 tyre boss Mario Isola cautioned that the picture might be distorted by a change in the Barcelona asphalt since last year.

Australian Daniel Ricciardo, who has joined Renault from Red Bull, did the fewest laps of the morning (28) but that was due to part of his rear wing flying off at speed.

Pierre Gasly, replacing Ricciardo at Red Bull, crashed in the afternoon with the car brought back to the pits on a truck.

Williams were again absent, with the team aiming to get their car on track at some point on Wednesday amid speculation that senior heads could roll as a result of the delay.

© Copyright 2021 Reuters Limited. All rights reserved. Republication or redistribution of Reuters content, including by framing or similar means, is expressly prohibited without the prior written consent of Reuters. Reuters shall not be liable for any errors or delays in the content, or for any actions taken in reliance thereon.
Related News: Circuit de Catalunya, Charles Leclerc, Ferrari, Daniel Ricciardo, Lewis Hamilton
COMMENT
Print this article 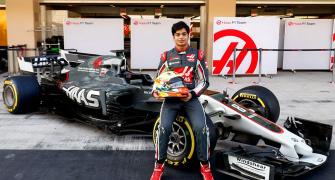 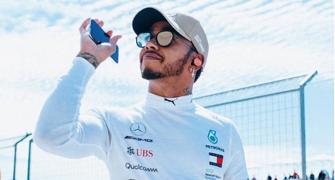 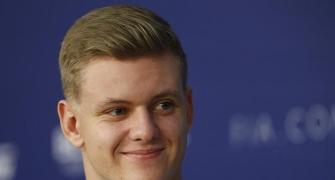 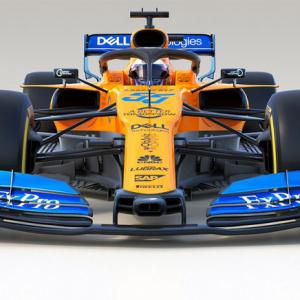 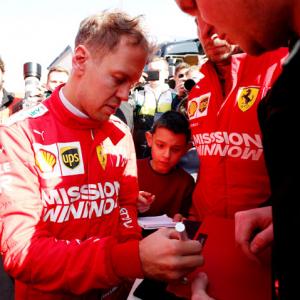