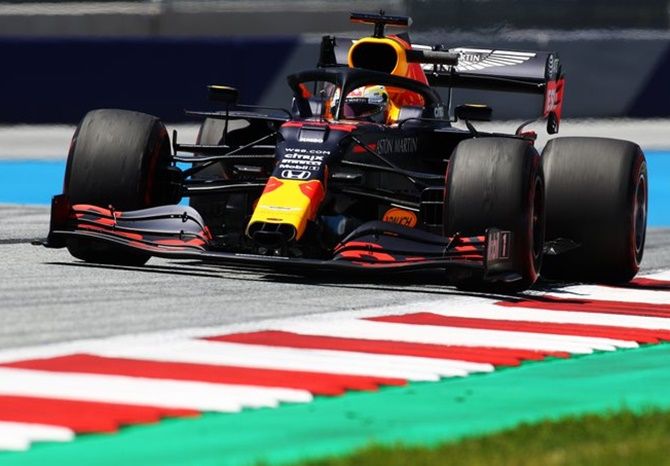 IMAGE: Sunday’s race will be the first time a circuit has hosted two Grands Prix in the same season. Photographs: Formula One/Twitter

Mexican Sergio Perez, who put Racing Point’s ‘Pink Mercedes’ on top in the morning session at Spielberg, ended the day with the third best time.

It was another tough day for Ricciardo, who brought out red flags in the afternoon after locking up and hitting the tyre wall at speed backwards at turn nine with only 13 minutes gone. 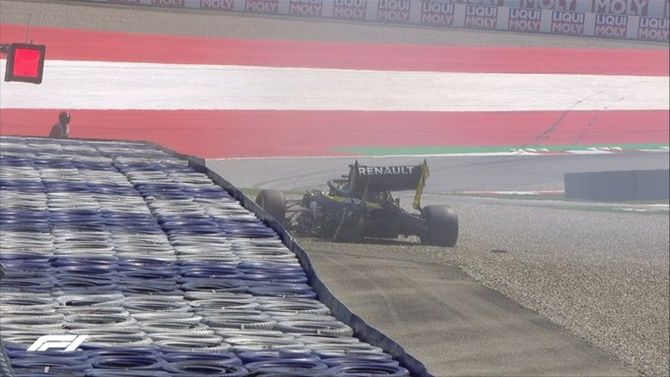 The Australian seemed to limp after clambering out of the car. Renault said he had gone to the medical centre for a check-up and been declared fit.

With heavy rain forecast on Saturday, there were fears that the second session could dictate the grid positions for Sunday’s race, although Formula One has held qualifying on a Sunday before.

The Racing Point, whose ‘Pink Mercedes’ nickname comes from its similarity to the 2019 Mercedes that took Hamilton to his sixth championship, lived up to its reputation.

Perez lapped with a best time of one minute 04.867 seconds on soft tyres in the morning, with Verstappen putting in a 1:03.660 in the second session. 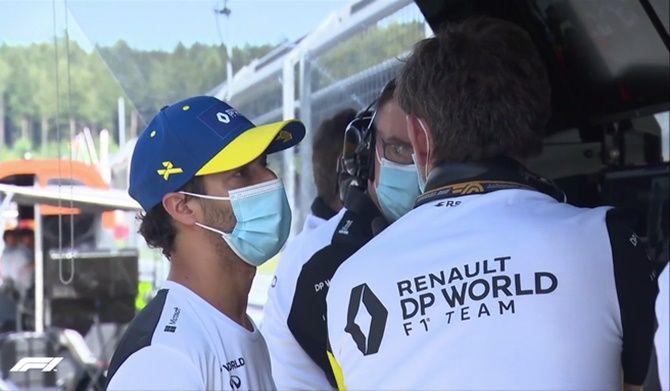 Ferrari were off the pace in both sessions as they evaluated new parts, with Sebastian Vettel 10th and Charles Leclerc 12th in the morning. Leclerc was ninth after lunch, Vettel 16th — slower than George Russell’s Williams.

Canadian rookie Nicholas Latifi stopped his Williams with an engine problem halfway through the first session.

Team mate Russell sat out that practice, with the team’s reserve driver Jack Aitken given some track time instead and lapping 17th fastest.

Poland’s Robert Kubica, reserve at Alfa Romeo, also took part in the session and was 18th.

Sunday’s race will be the first time a circuit has hosted two Grands Prix in the same season.

Formula One's governing body has warned Ferrari about the risks of breaching the sport's COVID-19 protocol and protective 'bubble'.

Ferrari drivers Charles Leclerc and Sebastian Vettel have been seen mixing with people outside their individual team groups.

Leclerc returned to his Monaco home after finishing second in last Sunday's Austrian Grand Prix while Vettel was shown on television talking to Red Bull bosses, without face masks, in the Red Bull Ring paddock.

"Ferrari have been issued with a reminder and warned that any further breaches of the COVID-19 code could be referred to the stewards," said an FIA spokesman.

He added that the warning was about respecting the group system and need for social distancing rather than Leclerc's travel movements.

The FIA's COVID-19 code states that any time spent outside the closed venue "must be spent with other members of the same group, keeping interaction with persons outside that group to a minimum."

Mercedes driver Valtteri Bottas, who won last Sunday, also went home to Monaco after the opening race but the Finn remained within his 'bubble' by seeing only those within his existing group -- his girlfriend and trainer.

"Zak had to fly back for business reasons but he was following all the necessary measures which are in place in terms of social distancing and isolating himself... I don't see any safety risk," said McLaren principal Andreas Seidl.

Racing Point principal Otmar Szafnauer told reporters he was worried that some people might not be sticking to the rules.

"I think the FIA should look further and make sure that everybody is doing it," he added.

"We all have to stay vigilant because... if there is an outbreak here and we have to miss races, that would be disastrous."

Formula One said 4,566 COVID-19 tests conducted on the drivers, teams and personnel between July 3-9 had all been negative.

© Copyright 2021 Reuters Limited. All rights reserved. Republication or redistribution of Reuters content, including by framing or similar means, is expressly prohibited without the prior written consent of Reuters. Reuters shall not be liable for any errors or delays in the content, or for any actions taken in reliance thereon.
Related News: Lewis Hamilton, Max Verstappen, Daniel Ricciardo, Sebastian Vettel, Sergio Perez
COMMENT
Print this article 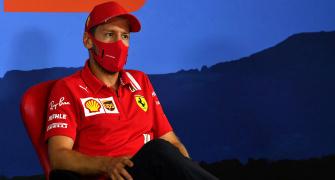 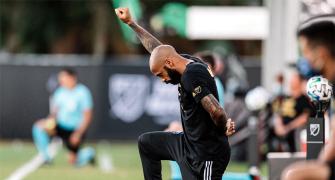 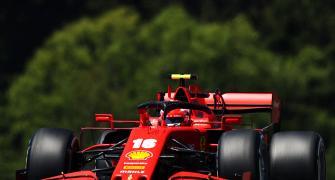 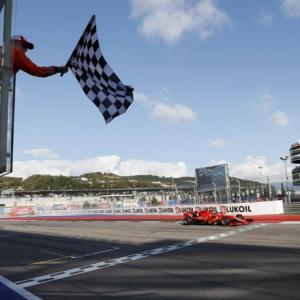 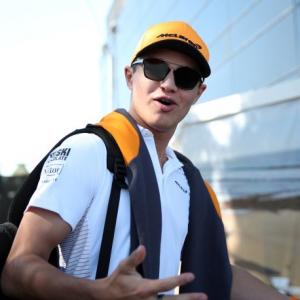