IMAGE: Priya Mohan registered a personal best time of 52.77 seconds as she finished fourth in the women's 400m final at the Under-20 World Athletics Championships. Photograph: Rahul Pawar/Twitter

India's Priya Mohan narrowly missed out on a medal after finishing fourth in the women's 400m final at the Under-20 World Athletics Championships in Nairobi on Saturday.

The Indian athlete clocked her personal best with a timing of 52.77s but was beaten to the podium by Kenya's Sylvia Chelangat by 0.54 seconds.

Priya, who had clocked 53.29 while winning the National Inter-State Athletics Championships on June 28, registered a personal best time of 52.77 seconds in the women's 400m final.

She was part of the Indian team which had won bronze in the 4x400m mixed relay event.

Earlier in the day, Amit Khatri grabbed silver in the 10km race walk event after clocking 42 minutes 17.94 seconds to achieve the feat while Heristone Wanyonyi of Kenya clinched the gold after recording a time of 42.10.84.

In other events, Baljeet Kaur clocked a personal best in the women's 10km race walk with a time of 48:58.15, finishing seventh. She did well over the first 3000m of the race, covering that distance in 14:06.90, the fastest credited to any competitor at that mark.

Yet, when Mexico's Sofia Ramos Rodrigues stepped up the pace, some others also slipped past the Indian.

In the men's 400m hurdles semi-finals, Rohan Kamble finished seventh in his heat in 52.88 seconds and failed to qualify for the final.

In the men's 4x400m relay, the quartet of CR Abdul Razzak, Sumit Chahal, Kapil and Barath Sridhar finished sixth in their heat in 3:10.62, a season's best for the team, but they were 0.40 seconds off the time that could have placed them in the final. 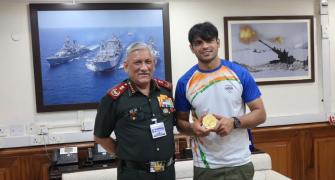 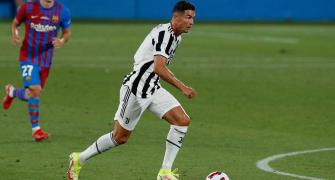