A summary of Tuesday's group matches in the UEFA Champions League. 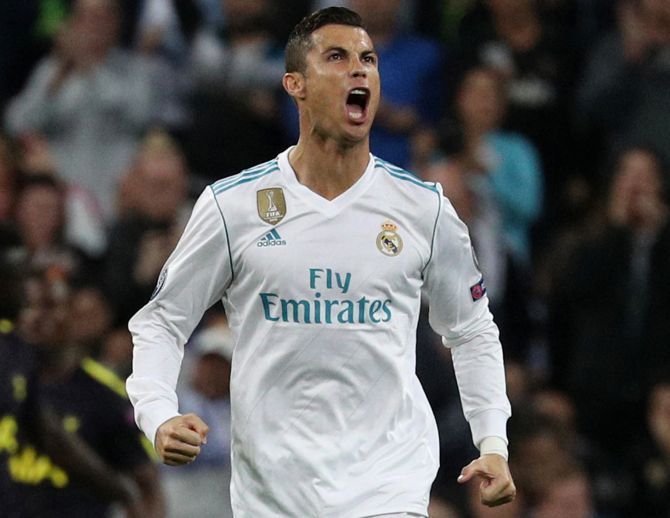 Tottenham Hotspur goalkeeper Hugo Lloris made a string of impressive saves in the second half to earn his side a 1-1 away draw with Champions League holders Real Madrid on Tuesday which kept the two sides locked on seven points at the top of Group H.

Tottenham scored for the first time in their history against the 12-times European champions when Serge Aurier aimed a cross towards Harry Kane and defender Raphael Varane accidentally backheeled the ball into his own net in the 28th minute.

The erratic Aurier let his side down moments before the break, however, clattering into Toni Kroos in the area. Ronaldo scored from the penalty spot in the 43rd minute after sending Lloris the wrong way. It was his fifth Champions League goal of the season and he joined Spurs' Harry Kane at the top of the competition's scoring charts.

Madrid were more dominant in both halves but were denied a third consecutive Champions League win by the heroics of visiting captain Lloris, who made his most outstanding save by flinging his legs out to block a goal-bound header by compatriot Karim Benzema. 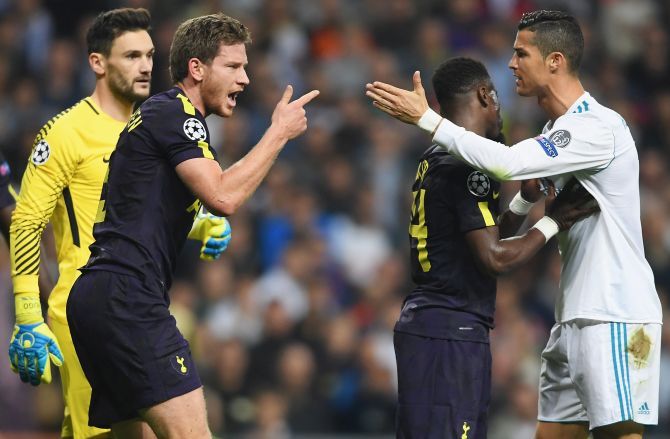 Real demonstrated their renowned attacking power as early as the fourth minute when Marcelo switched play to 18-year-old Achraf Hakimi who crossed for Ronaldo to head against the near post while Benzema flashed the rebound wide.

Tottenham nearly struck down the other end when Christian Eriksen's corner found Kane and Keylor Navas was forced to tip over the bar, while the visiting side also had a penalty appeal turned down when Casemiro trod on Llorente's ankle.

Madrid spurned several chances to level before Ronaldo’s spot-kick and prodded around the visiting area even more after the break but were repeatedly thwarted by Lloris, who also denied Ronaldo and Isco in addition to his stunning save against Benzema.

Spurs had a conservative approach in the second half but had a flurry of attempts in the space of three minutes in which Kane and Eriksen were narrowly denied by Navas, and their 4,000 visiting supporters let out a bellowing cheer when the final whistle sounded. 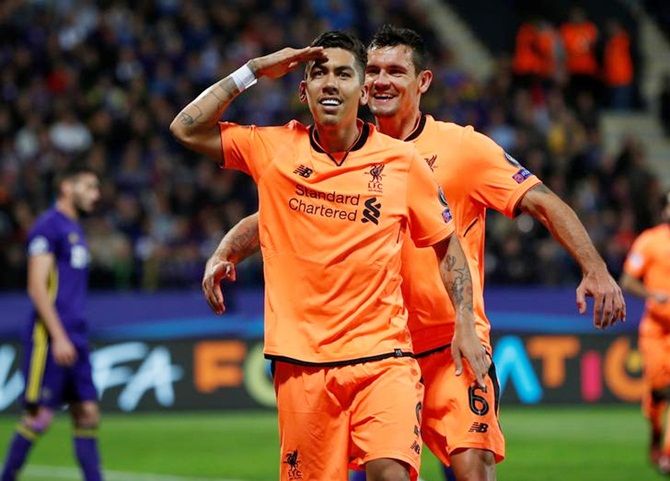 Having drawn their opening two games, Liverpool made a dream start when Mohamed Salah burst into the box before squaring for Brazilian forward Roberto Firmino to stroke home in the fourth minute.

Liverpool’s fluid, dynamic front three continued to cut loose and the effervescent Salah capped a stunning first half for the visitors, converting Alberto Moreno’s low cross to make it 4-0 in the 39th minute.

Half-time did little to halt their momentum and Firmino added a well-deserved second finishing from Coutinho’s fierce cross with a deft header in the 54th minute.

Substitute Alex Oxlade-Chamberlain, with his first Liverpool goal, and Trent Alexander-Arnold completed the rout in the closing stages as the visitors registered their biggest win under manager Juergen Klopp.

Liverpool have five points after three games to lead Group E from Spartak Moscow on goal difference, while Spanish side Sevilla sit one point adrift in third. Maribor have one point.

Manchester City make it three out of three 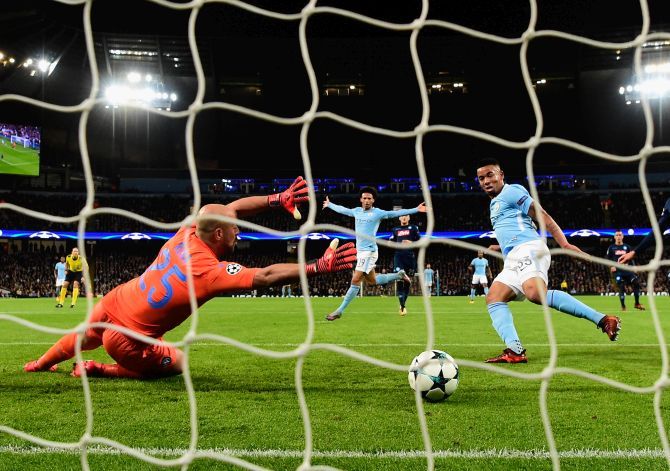 Manchester City beat Napoli 2-1 in their Group F match, maintaining their 100 percent record after three games, but Pep Guardiola's side were forced to hang on despite going 2-0 up inside 13 minutes.

City started as they left off in their 7-2 crushing of Stoke City in the Premier League on Saturday, attacking with a speed and fluency which the Serie A leaders struggled to cope with.

Raheem Sterling put the home side ahead in the ninth minute, finishing with his left foot after Kyle Walker's attempt to convert a David Silva pull-back was blocked.

Four minutes later, the in-form Kevin De Bruyne created the second, powering down the right flank and delivering a pinpoint low cross to Gabriel Jesus who made no mistake.

The Premier League leaders were producing wave after wave of attacks and the appreciative crowd sensed that this could be another massacre.

The Italians had an opportunity to narrow the deficit in the 38th minute after Kyle Walker gave away a penalty but City's Brazilian keeper Ederson produced a fine save to keep out Dries Mertens' spot-kick.

After the break, Napoli grew into the game, with some clever touches and smart movement troubling the City defence and John Stones needed to use his midriff to stop a Marek Hamsik shot that was heading for an open goal.

Napoli's reward came when they got a second chance from the spot in the 73rd minute, this time Amadou Diawara firing home after Faouzi Ghoujlam was tripped by Fernandinho.

Despite some late pressure from Maurizio Sarri's side, City showed some grit as they held on to secure their third straight win which leaves them on top of the group with nine points.

Napoli are third on three points, trailing second-placed Shakhtar Donetsk who are on six. 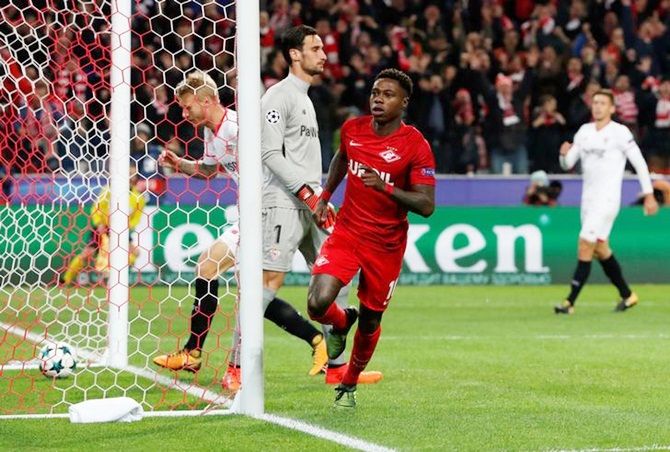 Lorenzo Melgarejo, who replaced injured midfielder Aleksandr Samedov in the first half, put Spartak 2-1 ahead when he buried the ball in the far right corner in the 58th minute, before captain Denis Glushakov, Luiz Adriano and Quincy Promes each found the net before the final whistle.

Spartak's win was their first of this Champions League campaign and they are now level on five points with Liverpool at the top of the group. Sevilla are third with four points.

Sevilla had fallen behind in the 18th minute when Promes headed the ball over visiting goalkeeper Sergio Rico, but defender Simon Kjaer levelled minutes later with another header.

The Spanish side struggled with the pace of the Spartak midfield, but had a good chance in the dying minutes of the first half when a menacing curling shot by Michael Krohn-Dehli was tipped over the bar by back-up goalkeeper Aleksandr Selikhov.

The Spartak defence stood firm in the 55th minute as Selikhov made a smart save before defender Dmitry Kombarov cleared the ball off the line.

The win came at a cost for the Russian champions, as Samedov was taken off the pitch in the first half, grimacing in pain after sustaining a leg injury. 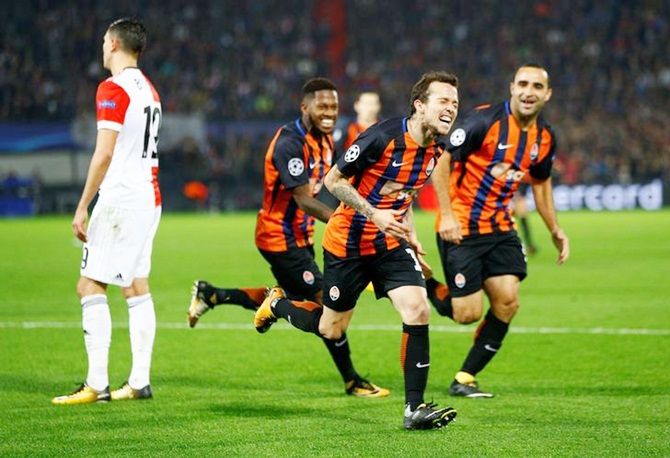 Brazilian Bernard bagged a double as 10-man Shakhtar Donetsk came from behind to defeat Feyenoord in their Group F clash at De Kuip.

Steven Berghuis had put the home side in front, but goals in each half from Bernard turned the game in favour of the Ukrainian side, who ended the contest with 10 men after Yaroslav Rakitsky was sent off.

The victory moves Shakhtar up to second in the group with six points from three matches, three behind leaders Manchester City.

The Dutch side’s positive opening was rewarded with an early goal as Tonny Vilhena had his shot blocked by Shakhtar’s goalkeeper Andriy Pyatov, but the rebound fell perfectly for Berghuis to score inside eight minutes.

But Bernard equalised midway through the first half after Feyenoord hesitated in defence and Fred slipped a superb pass through for his fellow Brazilian to easily beat Brad Jones.

That was the way it stayed at the break, but eight minutes into the second half, Bernard converted a pass from Bohdan Butko.

The visitors were reduced to 10 men with 15 minutes remaining when Rakitsky picked up a second yellow card as he pulled back Jens Toornstra, but they clung on to secure the win.

Shakhtar will host Feyenoord in their next Group F fixture on Nov. 1, a match that will be played in Kharkiv.

Bundesliga leaders Borussia Dortmund face an uphill struggle to qualify for the knockout stages of the Champions League after they were unexpectedly held to a 1-1 draw by Apoel Nicosia on Tuesday which left them third in Group H.

Peter Bosz's men had been expected to outclass the Cypriot minnows but they are now in danger of suffering a group-stage exit as they have yet to secure victory in the group where Real Madrid and Tottenham Hotspur lead the standings with seven points apiece.

The lacklustre game sparked into life just after the hour mark when Apoel took the lead through substitute Mickael Pote following a goalkeeping error.

A strike from Sokratis Papastathopoulos allowed Dortmund to draw level five minutes later but they were unable to score again.

Along with Apoel, they have one point in Group H.

Apoel opened the score in the 61st minute when Pote took advantage of a defensive lapse, rounding Roman Burki in the Dortmund goal after the keeper could only parry Lorenzo Ebecilio’s effort from the right hand side of the area.

Dortmund drew level when Mario Gotze’s floated cross to the back post was headed in by Papastathopoulos after the Greek defender stayed up following a corner.

This appeared to wake the Germans from their slumber and just a minute later, Shinji Kagawa’s strike from the edge of the box was tipped onto the bar by substitute keeper Raul Gudino.

Dortmund almost snatched it at the death but Pierre-Emerick Aubameyang’s header was shovelled onto the post by Gudino before Gotze blazed the rebound over with the last kick of the game.

Monaco on the brink after Besiktas defeat

Monaco slumped to a 2-1 home Champions League defeat against Besiktas on Tuesday that left last year's semi-finalists bottom of Group G and facing a battle to reach the knockout rounds.

Cenk Tosun scored twice for the visitors, netting either side of the interval, after Radamel Falcao had opened the scoring for the Ligue 1 club.

The result put Turkish side Besiktas on a perfect nine points from three games and left Monaco propping up the table with a solitary point.

RB Leipzig are second on four points after a 3-2 win over Porto, who are a point further back in third.

Monaco, who have now failed to keep a clean sheet in their previous 11 Champions League games went ahead on 30 minutes when Colombia striker Falcao cleverly slid the ball past Besiktas keeper Fabri from inside the area.

Nine minutes into the second half, Ryan Babel perfectly set up Tosun in the box and the Turkey striker clinically beat Monaco keeper Danijel Subasic.

Besiktas then held on to claim their first win on French soil in five matches.

© Copyright 2021 Reuters Limited. All rights reserved. Republication or redistribution of Reuters content, including by framing or similar means, is expressly prohibited without the prior written consent of Reuters. Reuters shall not be liable for any errors or delays in the content, or for any actions taken in reliance thereon.
Related News: Sevilla, Napoli, Shakhtar Donetsk, Manchester City, Bernard
COMMENT
Print this article 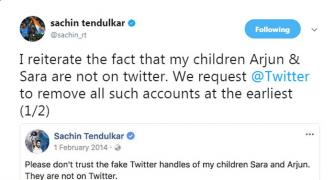 Tendulkar requests Twitter to take down fake handles of his kids 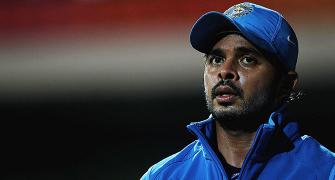 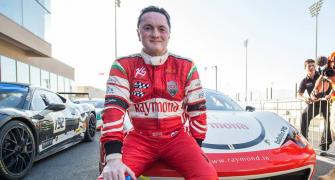 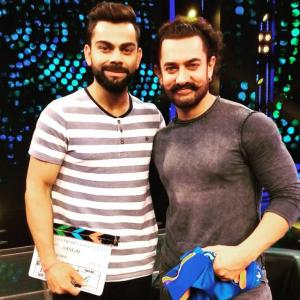 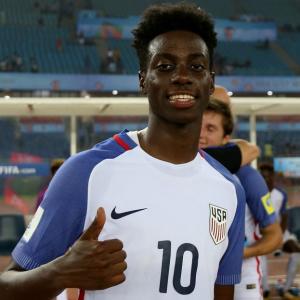