Bayern Munich ended Real Madrid's bid for a 10th European crown when they eliminated the Spaniards 3-1 on penalties in a nerve-jangling second leg semi-final at the Bernabeu on Wednesday.

With the teams locked at 3-3 on aggregate, after Real's 2-1 win in the second leg, Bayern goalkeeper Manuel Neuer emerged the hero for the Bundesliga side when he saved Cristiano Ronaldo and Kaka's penalties in a dramatic shoot-out.

Real goalkeeper Iker Casillas then revived Real's hopes by saving efforts from Toni Kroos and Philipp Lahm, but after Sergio Ramos skied his penalty over the bar, Bastian Schweinsteiger rifled home to send the Bavarians through.

Bayern will play Chelsea in next month's final in Munich. The London club had eliminated holders Barcelona 3-2 on aggregate on Tuesday. 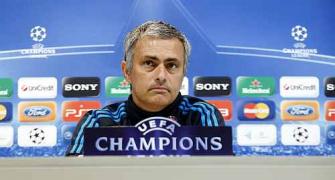 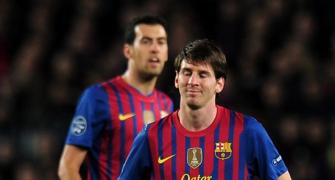