Andy Murray takes on Australia's James Duckworth in the first round at Wimbledon, which begins on Monday. 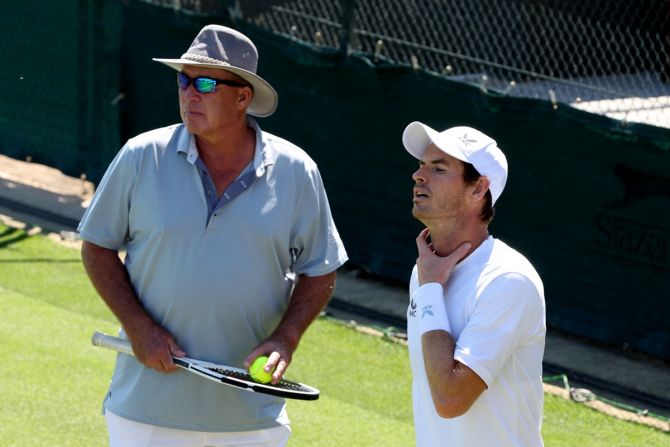 Former world number one Andy Murray has shaken off the abdominal injury which threatened his participation at Wimbledon. On Saturday, he declared there is still a lot of "good tennis" left in him.

Murray, who won the grasscourt Grand Slam in 2013 and 2016, sustained the injury during his Stuttgart Open final defeat by Italian Matteo Berrettini earlier this month, after impressive wins over Stefanos Tsitsipas and Nick Kyrgios.

The problem forced Murray, ranked 51st, to skip the Queen's Club event with doubts over his participation at Wimbledon but the Scot said things had improved since.

"It's gone well," Murray, 35, told reporters. "I've been able to gradually progress my training this week and got to play a few sets, a lot of points. The last few days have been good."

Murray secured his first victory over a top-five opponent in six years with a 7-6(4), 6-3 victory over Tsitsipas in Stuttgart, showing fans glimpses of the form that marked his rise to the top of the rankings before multiple hip surgeries.

He reached the 70th final of his career and second of the year after a runner-up finish in Sydney.

"I think I showed a couple weeks ago that there was still good tennis left in me," Murray said.

"I beat a guy in the top five, I was neck-and-neck with Berrettini, who is one of the best grasscourt players in the world before the injury.

"I played well against Kyrgios, as well. The first set was a good level. And I've been doing pretty well in practices. I know the tennis is in there; I just need to bring it out during the event now.

"Having Ivan (Lendl) on my team helps. We've had a lot of success in the past. We know each other well. He still believes in me. There's not loads of coaches, people out there that have done over this last period, and he has. That definitely helps."

Wimbledon begins on Monday, with Murray facing Australia's James Duckworth in the first round. IMAGE: World No. 6 Stefanos Tsitsipas toppled Spaniard Roberto Bautista Agut in the final of the Mallorca Championships on Saturday to win his maiden grasscourt title leading up to Wimbledon next week. Photograph: Thomas F. Starke/Getty Images

Stefanos Tsitsipas said that his victory in the final of the Mallorca Championships on Saturday was a major milestone in his career as the Greek claimed his maiden grasscourt title leading up to Wimbledon next week.

World number six Tsitsipas, who has only enjoyed moderate success on grass, toppled Spaniard Roberto Bautista Agut 6-4, 3-6, 7-6(2) in a major boost ahead of Wimbledon, where the 23-year-old has never gone past the fourth round.

"It has been a very important and a really wanted win on grass. I won tournaments on clay and hardcourts previously," said Tsitsipas, who will take on Switzerland's Alexander Ritschard in the first round at the All England Club.

"Today was probably the most important day of the year for me to be able to get a title that I really wanted."

Tsitsipas suffered defeats by Andy Murray and Nick Kyrgios earlier in the grasscourt swing but found his range against Bautista Agut, who tried to mount a comeback in the decider after going down 4-1 but was undone by his opponent's superior quality.

"This was an incredible fight and an incredible battle. I know it can be difficult for one person to deal with the loss, but I think for tennis it is great that we are able to play at this high level," added Tsitsipas.

Croatia's Borna Coric has withdrawn from Wimbledon because of a shoulder injury, tournament organisers said on Saturday.

The 25-year-old, who was drawn to play 12th seed Diego Schwartzman in the first round, will be replaced by a lucky loser from the qualifying tournament.

Coric, who reached 12th in the world in 2018, underwent right shoulder surgery in March 2021 and was out for a year. 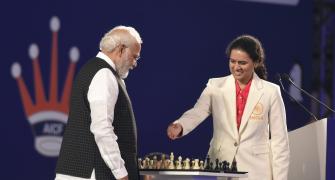 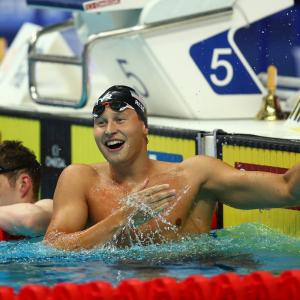 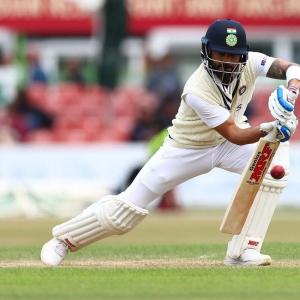