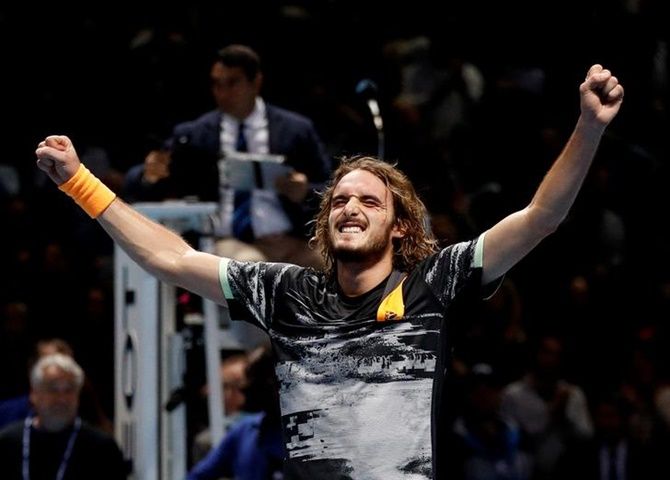 Stefanos Tsitsipas confirmed his meteoric rise into the highest echelon of men's tennis by battling back to beat Austrian Dominic Thiem 6-7(6) 6-2 7-6(4) in a compelling title duel at the ATP Finals on Sunday.

The 21-year-old debutant, the youngest of the eight qualifiers for the elite season-ender at the O2 Arena, displayed resilience and flair in equal measure to become the youngest champion since Lleyton Hewitt in 2001.

Thiem edged an intense first set full of powerful baseline rallies but Tsitsipas, the first Greek player to qualify for the ATP's blue-riband event, was undaunted and responded in style.

As Thiem's level dipped, Tsitsipas surged into a 4-0 lead in the second set and then led 3-1 in the decider. 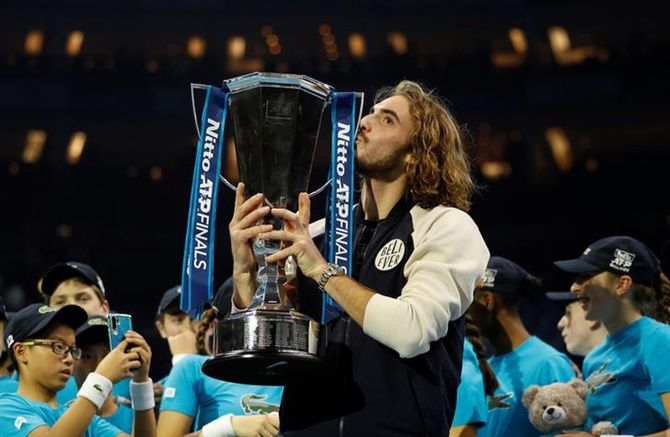 Twice French Open runner-up Thiem was not finished though and fought back to take the match into a tiebreak.

World number six Tsitsipas, the crowd favourite, led 4-1 but was pegged back to 4-4 before reeling off the last three points, sealing victory when Thiem ballooned a forehand wide.

It is the fourth successive year the tournament has had a first-time winner and incredibly it is just one year since Tsitsipas won the NextGen Finals title for the best up-and-coming players on the men's Tour.

After a sensational week in London, Tsitsipas looks poised to lead the charge for the young guns in 2020.

"I have no clue how I played so well in the second set," Tsitsipas said on court. "I was nervous playing in such a big event. But I'm so relieved by the outstanding performance and the fight I showed today."

Thiem will rue the 40 unforced errors that undermined him on Sunday but back-to-back wins over Roger Federer and Novak Djokovic this week proved that, at 26, he is moving into his prime years, and not just on his favoured clay. 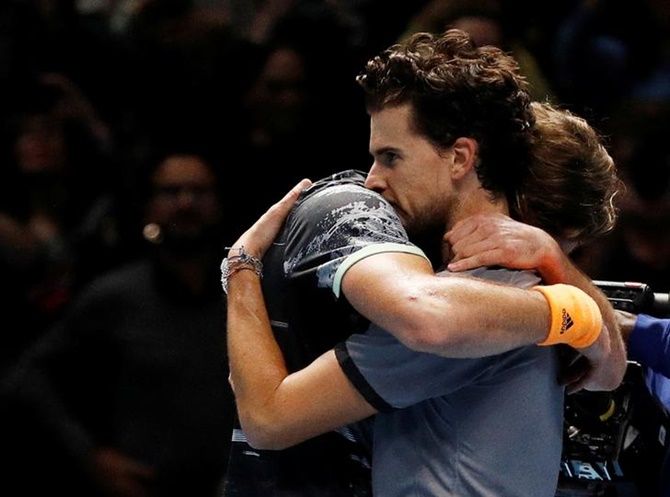 Tsistipas was the youngest player to reach the final on debut since American Jim Courier in 1991.

He was also playing for the third successive day after losing a superb group match against Nadal on Friday and eclipsing six-time champion Federer in the semi-finals.

But he showed few signs of nerves or fatigue as he wore down Thiem with his courageous all-court attacking game to pocket a $2.6 million winner's cheque.

Thiem, who has been battling a cold all week, was hanging on at times in the first set, saving break points at 1-2 and 3-4.

But he edged the tiebreak. Tsitsipas saved one set point with an athletic volley but then offered up another chance which Thiem took by landing a powerful first serve.

Tsistipas's response was emphatic. He won 16 of the first 18 points of a second set he bagged in 25 minutes.

Under siege Thiem showed guts to hold serve at the start of the decider but when he slapped a backhand into the net to hand Tsitsipas the first break in the third game it appeared the match was slipping away.

The Austrian, whose run to the final will see him end the year ranked fourth in the world, then went for broke, throwing the kitchen sink at Tsitsipas as his groundstrokes rocked the Greek and he levelled the set at 3-3.

Twice Tsitsipas nervelessly held serve to stay afloat as the final moved into a final-set tiebreak for the first time since 2005 and only the fourth time in the event's 50-year history.

Tsitsipas said after beating Federer that he would love an army of fans like the Swiss great. So it was music to his ears as "Tsitsipas...Tsitsipas" rang around the cavernous hall.

Despite being pegged back to 4-4 he reeled off the next three points to seal his third title of the year.

© Copyright 2021 Reuters Limited. All rights reserved. Republication or redistribution of Reuters content, including by framing or similar means, is expressly prohibited without the prior written consent of Reuters. Reuters shall not be liable for any errors or delays in the content, or for any actions taken in reliance thereon.
Related News: Stefanos Tsitsipas, ATP Finals, Roger Federer, Tsistipas, Novak Djokovic
SHARE THIS STORYCOMMENT
Print this article 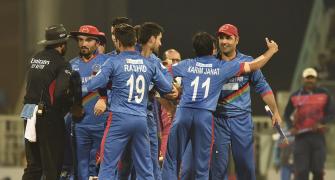 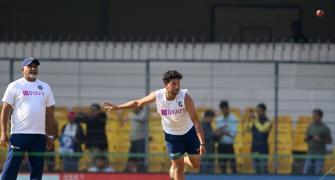 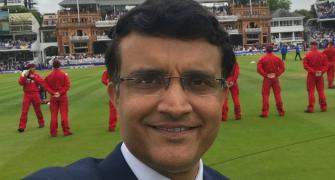 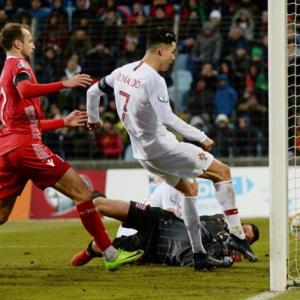 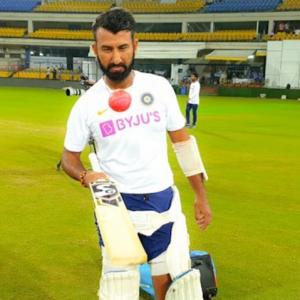