Having pumped more than 12 billion dollars over nearly a decade into preparing for the 2020 Tokyo Olympics, Japan's dream is at risk from the coronavirus - and one man may have the final say.

Thomas Bach, the 66-year-old former Olympic fencing champion and president of the International Olympic Committee (IOC), has virtually complete control over the body and by far the biggest influence on whether the Games will go ahead or not.

With so much money and prestige in play, the German lawyer is for now firmly backing Japan's stance that the July 24-Aug. 9 event will go ahead, saying the IOC remains 'fully committed'.

But as coronavirus infections jump from mainland China to 55 other nations and territories - with Japan suffering more than 900 cases and nine deaths including on a ship - there is growing anxiety over risks to Olympics spectators and athletes.

The stakes are huge for Tokyo, which would foot the entire bill for losses under its contract with the IOC should the Olympics be scrapped or moved elsewhere. But they have a strong ally in Bach, who is known to stick to his guns in adversity.

Under pressure around the world to fully ban Russian athletes from 2016, 2018 and 2020 Games due to doping scandals, Bach resisted, enabling them to compete as independents. 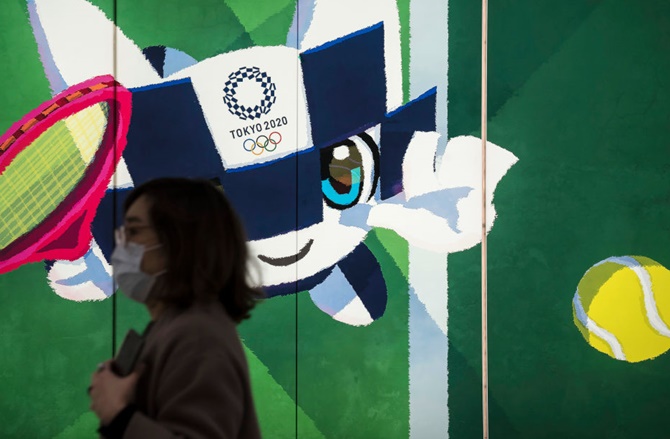 IMAGE: A pedestrian wearing a face mask walks past a display with an illustration of the 2020 Tokyo Olympic and Paralympic Games mascot character Miraitowa. Photograph: Tomohiro Ohsumi/Getty Images

That upset many in the sports world and drew attention to his good ties with Russian President Vladimir Putin.

Bach has full control over the IOC executive board, which will make any final decision on the Tokyo Olympics.

Contractually, Japan has no say. The terms stipulate the IOC has 'sole discretion' to assess risks and may scrap the Games for reasons including when safety is "seriously threatened."

The host city and Japanese Olympic body also signed away any right to indemnity, damages or compensation from the IOC.

Bach, who won fencing gold at the 1976 Montreal Olympics, took over the IOC in 2013 and has led it through whirlwind change to make the Games more attractive to cities and sponsors.

He has a strong grip on the 100-plus membership, having presided over the appointment of about half since taking over.

He has also pushed through major reforms, including Games cost cutting, additions of new sports and an overhaul of the bidding process that gave more power to his executive board - without a single vote of opposition.

Rarely showing emotion, Bach is a strategic planner and rapid implementer, with deep experience dating back to the first meeting of the IOC athletes commission in 1981.

With a small group of advisers and senior IOC members around him, Bach was the driving force behind a surprise decision last year to move the Games marathons and race walks to Sapporo in north Japan, to avoid the summer heat.

A source within the Olympic movement told Reuters he had been shocked by images of athletes struggling in desert heat during the Qatar world athletics championships so he took the unilateral - albeit legal - decision to move to a cooler climate. "He did not want to see similar images in Tokyo in the summer," the source said.

"It came out of the blue. Who proposed this, when did they propose it? These are all things I want to discuss," Tokyo governor Yuriko Koike said at the time, demanding explanations.

Reuters could not reach Bach for comment on that or his role in determining the threat to the Games from the coronavirus.

Though keen to preserve the Tokyo Olympics, Bach will also be minded to protect IOC finances. Details for Japan are not known, but at the 2016 Games in Rio de Janeiro, the IOC paid about $13 million for cancellation insurance worth $800 million.

However, with the Games having only been cancelled in the past due to World Wars One and Two, Bach will undoubtedly do everything in his power to protect the IOC's prime product - and his own presidential legacy.

© Copyright 2020 Reuters Limited. All rights reserved. Republication or redistribution of Reuters content, including by framing or similar means, is expressly prohibited without the prior written consent of Reuters. Reuters shall not be liable for any errors or delays in the content, or for any actions taken in reliance thereon.
Related News: International Olympic Committee, Thomas Bach, Tokyo, Japan, IMAGE
SHARE THIS STORYCOMMENT
Print this article 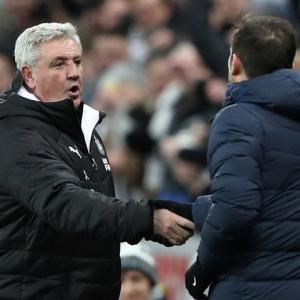