IMAGE: Sun Yang questioned the credentials of the testers before members of his entourage smashed the vials containing his blood samples with a hammer. Photograph: Maddie Meyer/Getty Images

nd Olympic swimming champion Sun Yang was handed an eight-year ban on Friday, a sanction that rules him out of this year's Tokyo Games, after he missed an out-of-competition test for doping.

The Court of Arbitration for Sport (CAS) accepted an appeal from the World Anti-Doping Agency (WADA) against a decision by swimming body FINA to clear Sun of wrongdoing for his conduct during the test in September 2018.

The 28-year-old is China's top swimmer, having won two gold medals at the 2012 London Olympic games and another in Rio de Janeiro in 2016, and the case has attracted huge interest in his homeland.

A FINA report said Sun questioned the credentials of the testers before members of his entourage smashed vials containing his blood samples with a hammer.

Sun had argued during the CAS hearing that the testers failed to prove their identity and behaved in an unprofessional manner. 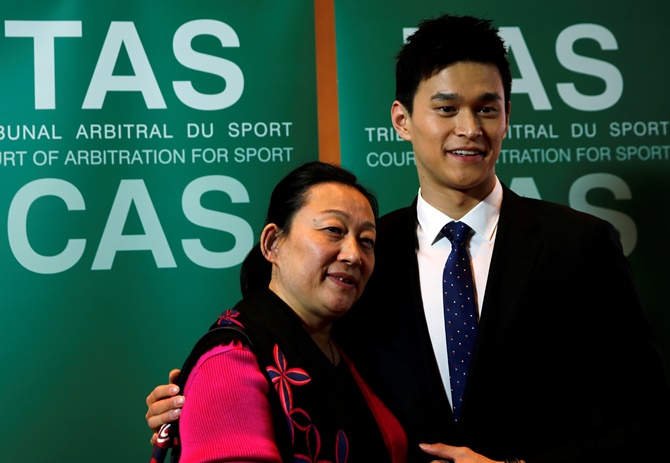 IMAGE: Sun Yang poses with his mother Ming after a public hearing of the Court of Arbitration for Sport (CAS) for the appeal filed by the World Anti-Doping Agency (WADA) against him and the Federation Internationale de Natation (FINA). Photograph: Denis Balibouse/Reuters

He competed at last year’s world championships in South Korea under the shadow of the appeal, and three rivals snubbed him after races.

"The CAS Panel unanimously determined, to its comfortable satisfaction, that the athlete violated Article 2.5 FINA DC (Tampering with any part of Doping Control)," the CAS statement said.

"In particular, the Panel found that the personnel in charge of the doping control complied with all applicable requirements as set out in the ISTI (International Standard for Testing and Investigation)."

"More specifically, the athlete failed to establish that he had a compelling justification to destroy his sample collection containers and forego the doping control when, in his opinion, the collection protocol was not in compliance with the ISTI."

© Copyright 2021 Reuters Limited. All rights reserved. Republication or redistribution of Reuters content, including by framing or similar means, is expressly prohibited without the prior written consent of Reuters. Reuters shall not be liable for any errors or delays in the content, or for any actions taken in reliance thereon.
Related News: Court of Arbitration for Sport, Sun Yang, International Standard for Testing and Investigation, FINA DC, Getty Images
SHARE THIS STORYCOMMENT
Print this article 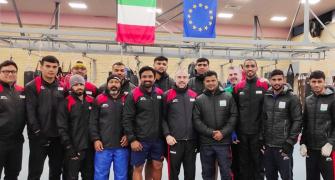 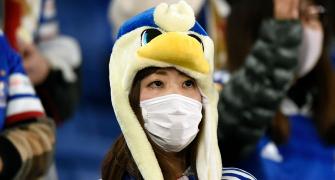 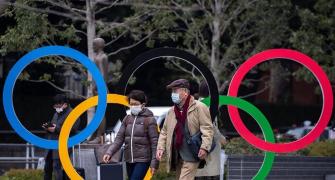