Tiger Woods, the world's top golfer, was slapped with a traffic ticket for careless driving on Tuesday, four days after driving his Cadillac SUV into a fire hydrant and a tree outside his Florida home.

No allegations of domestic violence were leveled against Woods, a powerhouse marketer and perhaps the world's richest athlete with a fortune estimated at $1 billion, and the investigation into his accident last Friday has been closed, the Florida Highway Patrol said.

"The investigation has determined that Mr. Woods is at fault in the crash," FHP Major Cindy Williams told a news conference in Orlando.

Williams said no criminal charges would be filed against Woods. He could be fined up to $164 and points against his driver's license.

Woods has declined to speak to police about the accident, leaving questions about the circumstances of the accident in the early hours of Friday. Amid a swirl of speculation over the details of the incident, media reports have suggested Woods had argued with his Swedish wife, Elin Nordegren, that night.

"There are no claims of domestic violence by any individual," FHP Sergeant Kim Montes said.

Citing injuries from the accident, Woods pulled out on Monday from the Chevron World Challenge golf tournament in Thousand Oaks, California, this week, an event he has hosted for nine years.

Woods said in a written statement on Sunday that the accident was his fault. He called irresponsible the "false, unfounded and malicious rumors that are currently circulating about my family and me."

Celebrity-watching media outlets have suggested Woods and his wife had argued before the crash, and the National Enquirer tabloid has reported Woods had an extra-marital relationship. The woman named in that report has denied a relationship with Woods.

© Copyright 2020 Reuters Limited. All rights reserved. Republication or redistribution of Reuters content, including by framing or similar means, is expressly prohibited without the prior written consent of Reuters. Reuters shall not be liable for any errors or delays in the content, or for any actions taken in reliance thereon.
Related News: Tiger Woods, Cindy Williams, Cadillac SUV, Florida Highway Patrol, Kim Montes
SHARE THIS STORYCOMMENT
Print this article 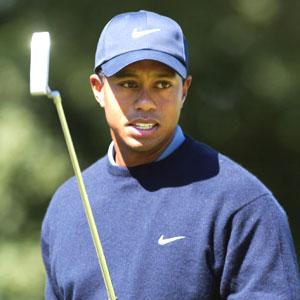