World number five Karolina Pliskova lost her cool over a line call and bashed a hole into the umpire's chair with her racket after suffering a 3-6, 6-3, 7-5 defeat by Maria Sakkari in the Italian Open second round on Wednesday.

Pliskova had argued heatedly with umpire Marta Mrozinska after her smash was called out when serving at 30-30 and 5-5 in the final set, and her Greek opponent won the game before serving out the match.

The Czech exchanged a brief word with Sakkari at the net before approaching Mrozinska with an outstretched hand before withdrawing it and repeatedly smashing the chair with her racquet.

"The worst i have ever seen @wta and i hope this lady Marta Mrozinska will never ever judge any match of me or Karolina again #blacklistforever," the 26-year-old wrote on Twitter.

The Romanian was forced to save four break points in her opening service game but went on to claim 12 consecutive games to avenge her Indian Wells loss to eventual champion Osaka in March.

The 20-year-old Osaka failed to convert any of her six break points before conceding the match in just under an hour.

The 27-year-old Dane, chasing her first claycourt title since 2011, will face 15th seed Anastasija Sevastova for a place in the quarter-finals.

A decade after they last met in Rome, Maria Sharapova once again did enough to secure a victory over Dominika Cibulkova in three sets.

Former world number one Sharapova struck 41 winners as she rallied back from a set down to edge her Slovakian opponent 3-6, 6-4, 6-2 in a thrilling 2-1/2 hour contest.

The 31-year-old Russian will next face Australia's Daria Gavrilova for a place in the quarter-finals.

The victory means the 24-year-old Gavrilova recorded her first top 10 victory of the year, and her first back-to-back match wins since Acapulco in February.

Romanian Simona Halep will extend her stay as world number one after being handed a walkover into the Italian Open quarter-finals when American Madison Keys withdrew injured on Thursday.

Halep needed to reach at least the quarter-finals and go further than world number two Caroline Wozniacki to retain the top-ranking going into the French Open.

Keys, runner-up in Rome in 2016, was unable to take to court because of a right rib injury.

"I felt my rib in my match yesterday and after trying to warm up this morning it was still painful," she said.

Halep, runner-up last year, will play either Sloane Stephens or Caroline Garcia in the last eight.

Rafael Nadal got his claycourt season back on track with a 6-1, 6-0 victory over Bosnian Damir Dzumhur to reach the third round of the Italian Open on Wednesday, while sixth-seed Dominic Thiem suffered an early exit.

Nadal, who lost his number world one ranking after his 14-match winning run on clay was snapped by Thiem in the Madrid Open quarter-finals last week, was back to his best as he wrapped up victory with a blistering forehand winner.

"It was important, after a loss in Madrid, to come back strong," the 31-year-old, who received a bye in the opening round, said. "And that's what I did today."

"I went on court with the right intensity. I don't know how many mistakes I made, but not many. I also had control, more or less, of a high percentage of the points. That was the way that I want to play."

The Spaniard can reclaim the world number one ranking from Roger Federer if he wins a record-extending eighth title in Rome this week.

Thiem, who finished runner-up in Madrid on Sunday, struggled to find his rhythm in a 6-4, 1-6, 6-3 defeat by Fabio Fognini.

World number 21 Fognini, backed by a partisan Italian crowd, frustrated Thiem with well-placed lobs and touch volleys and went on to record his first win over the Austrian in three meetings.

Novak Djokovic, a four-time winner in Rome, powered into the third round with a convincing 6-4, 6-2 win over Georgian Nikoloz Basilashvili.

The Serb will have opportunity to reach his first quarter-final of the season on Thursday, when he faces Spain's Albert Ramos-Vinolas.

The 21-year-old German recorded his 10th consecutive victory on clay, a streak which includes back-to-back title runs in Munich and Madrid.

He will now take on British number one Kyle Edmund, who saved the only break point he faced in a 6-2, 7-6(3) victory over France's Lucas Pouille.

Japan's Kei Nishikori denied Grigor Dimitrov a 27th birthday win to progress to the third round, rallying back from a set down to beat the world number four 6-7(4), 7-5, 6-4.

Cornet pulls out of Strasbourg, hopeful for French Open

France's Alize Cornet has pulled out of the Strasbourg International tournament because of a groin injury but hopes to be ready for the French Open.

Cornet, who was cleared of an anti-doping violation on Tuesday after a charge against her for missing three out-of-competition drug tests was dismissed, picked up the injury last week in Madrid, where she was beaten in the first round by Elina Svitolina.

"I am very disappointed that I cannot take part in the Strasbourg tournament but unfortunately I have not fully recovered from an adductor muscle injury," the world number 32 said on Twitter on Thursday.

"I am going to do everything to be ready for the French Open."

Cornet, who won the Strasbourg tournament in 2013, reached the last 16 at Roland Garros last year.

Bopanna-Roger-Vasselin out of Rome Masters

India's Rohan Bopanna and his French partner Edouard Roger-Vasselin crashed out of the Rome Masters after losing their second round match to Pablo Cuevas and Marcel Granollers, in Rome on Thursday.

The seventh seeded Indo-French pair lost 6-7(5), 4-6 to their unseeded opponents in one hour and 32 minutes.

Bopanna and Roger-Vasselin have one more week to prepare for the French Open with events lined-up in Geneva and Lyon, next week.

Reaching the semi-finals at the Monte-Carlo Masters in April is the best performance of the season so far for Bopanna and Roger-Vasselin.

The International Tennis Federation (ITF) will retain the home-and-away ties in the opening stages of the revamped Davis Cup, its president David Haggerty has said.

In February, the ITF announced a massive shake-up of the Davis Cup, which will see the formation of an 18-nation World Cup of Tennis finals played in one location, starting in November 2019.

Belgian tennis chief Gijs Kooken was among the critics of the ITF's new proposal, saying that a one-week tournament in a single city would risk 'killing the soul' of the historic competition but Haggerty has alleviated those fears.

"We are looking at a round of 24 home-and-away ties in February, in the week after the Australian Open, producing 12 winners," Haggerty told the Telegraph newspaper.

"They would then go on to the November tournament, along with the four semi-finalists from the previous year, and two invited teams.

"It's important for the national federations to be able to stage ties. It's a way of promoting the sport and of connecting with fans."

Haggerty, who has led the ITF since 2015, also said that a revamp of women's Fed Cup tournament would take place in 2020.

"We're all for equality," Haggerty added. "The Davis Cup reform is a very big project. We're looking to get it set up from next year and then we will try to take the Fed Cup in the same direction."

Yuki out of Busan Open

Top Indian tennis player Yuki Bhambri was today knocked out of the Busan Open by China's Ze Zhang while a gritty N Sriram Balaji fought tooth and nail before losing a tight second round to second seed Attila Balazs at Samarkand Challenger.

Second seed Yuki, playing his first tournament after winning the Challenger title at Santaizi in Taiwan, lost 4-6, 3-6 to his 265th ranked Chinese opponent to whom he had never lost before.
It was third match between the two players.

Balaji, who had qualified into the main draw, lost 6-7(5), 6-7(3) to his Hungarian challenger after a stiff two-hour four minute battle. Balaji is also competing in the doubles event with Vishnu Vardhan.

Meanwhile, at the Heilbronn Challenger in Germany, India's Jeevan Nedunchezhiyan and his Austrian partner Tristan-Samuel Weissborn reached the quarterfinals with a 6-3, 6-4 win over Dustin Brown and Darian King.

However, at the Bordeaux Challenger in France, the second seeded pair of Purav Raja and his French partner Fabrice Martin lost their quarterfinal match 3-6, 5-7 to Argentine pair of Guillermo Duran and Maximo Gonzalez.

© Copyright 2021 Reuters Limited. All rights reserved. Republication or redistribution of Reuters content, including by framing or similar means, is expressly prohibited without the prior written consent of Reuters. Reuters shall not be liable for any errors or delays in the content, or for any actions taken in reliance thereon.
Related News: International Tennis Federation, Karolina Pliskova, David Haggerty, Daria Gavrilova, Marta Mrozinska
SHARE THIS STORYCOMMENT
Print this article 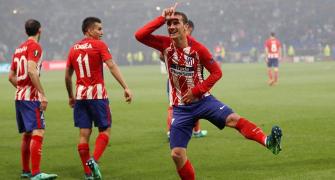 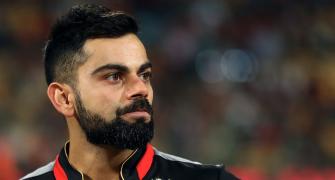 The real big dog is coming to Surrey: Moeen Ali 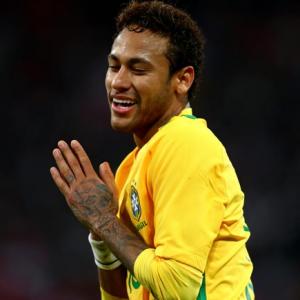 Neymar worried about foot as he prepares to return from injury 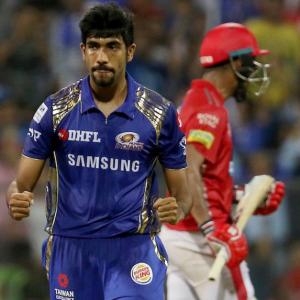