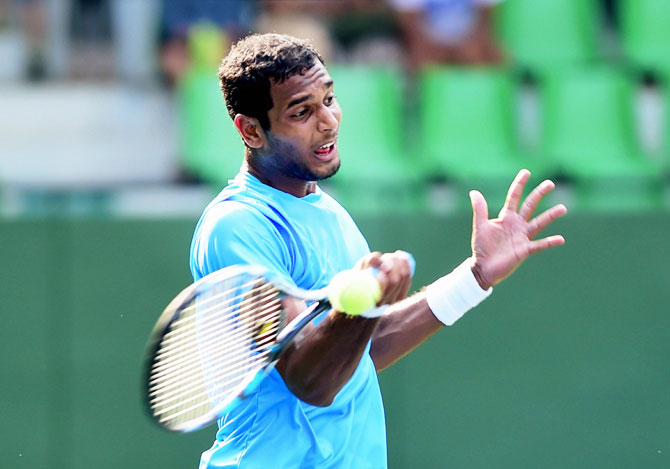 Ramkumar Ramanathan will try to become the first player from India to win an ATP singles title since mentor Leander Paes prevailed in Newport 20 years ago after he beat American Tim Smyczek on Saturday to reach the final of the same event.

Ramkumar will meet American Steve Johnson, who beat Spain's Marcel Granollers 6-3, 6-3 in the other semi-final, for the Hall of Fame Open title in Rhode Island on Sunday.

"I was serving well and I just hung in there," Ramkumar, who won 6-4 7-5 on the Newport grass, told ATPWorldTour.com.

"I didn't have the greatest first set on return, but I found a groove. He's a really tricky opponent, especially on these courts. I'm pretty happy to get through."

At world number 161, the 23-year-old is the third-lowest ranked player to reach a tour-level final this year. The last player from India to advance to a championship match on the ATP World Tour was Somdev Devvarman in Johannesburg in 2011.

Ramkumar, who has dropped one set all week on the way to his first ATP World Tour final, fired seven aces to the American's four in the 90-minute match.

© Copyright 2020 Reuters Limited. All rights reserved. Republication or redistribution of Reuters content, including by framing or similar means, is expressly prohibited without the prior written consent of Reuters. Reuters shall not be liable for any errors or delays in the content, or for any actions taken in reliance thereon.
Related News: ATP World Tour, Ramkumar Ramanathan, Newport, Steve Johnson, Marcel Granollers
SHARE THIS STORYCOMMENT
Print this article 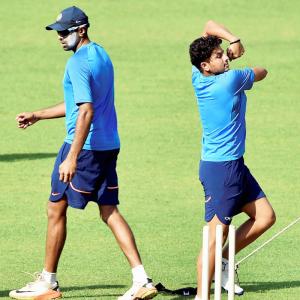 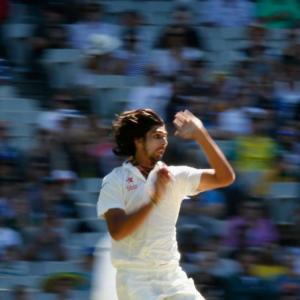