IMAGE: Lionel Messi in tears as he announces his departure from FC Barcelona during a press conference at the 1899 Auditorium in Camp Nou, Barcelona, on Sunday. Photograph: Albert Gea/Reuters

A tearful Lionel Messi confirmed on Sunday he was leaving FC Barcelona after the club said it could no longer afford paying the Argentine's high wages, adding he was in negotiations with French club Paris St Germain over a possible move.

French newspaper L'Equipe reported on Sunday that the Argentine will travel to the French capital either Sunday or Monday to undertake a medical and finalise his deal with the Qatar Sports Investment-owned club.

While Messi did not confirm he would definitely join the Parisians, he said his plans were to carry on playing as long as possible, adding he still harbours ambitions to win another Champions League trophy.

"As long as I go on being competitive and as long as my body responds (I'll carry on playing)," he told a news conference.

"As long as I can, I will carry on competing."

IMAGE: Lionel Messi breaks down at the press conference. 'This is all like a bucket of cold water has been poured over me and we are still coming to terms with it.' Photograph: Albert Gea/Reuters

"I tried to behave with humility and respect and I hope that is what remains of me when I leave the club," said an emotional Messi as hundreds of fans, many wearing his No. 10 jersey, massed outside Barca's Camp Nou stadium to bid farewell to the player they called Messiah.

"This is all like a bucket of cold water has been poured over me and we are still coming to terms with it," he said through tears.

It had been widely reported by local media that Messi was set to stay at Camp Nou, with the player admitting he had agreed to a five-year deal involving a 50% pay-cut.

IMAGE: 'Honestly, when the elections happened (in March), I spoke with (club president Joan) Laporta, we had dinner and after that I was convinced I would be staying'. Photograph: Eric Alonso/Getty Images

"Honestly, when the elections happened (in March), I spoke with (Barca president Joan) Laporta, we had dinner and after that I was convinced I would be staying," Messi said.

La Liga announced last Wednesday that it had secured a private equity injection of 2.7 billion euros from firm CVC, with the funds to be shared amongst the clubs in return for a 10% of the league's revenue.

It had been believed this would allow Barcelona to get the Messi deal over the line, however after Real Madrid rejected the proposal and said they would take legal action against La Liga, Barca also came out against it.

Laporta told a news conference on Friday that the league informed him that accepting this injection was the only way they would approve a new contract for Messi, and that he had to put the long-term interests of the club above any player.

Messi, 34, who has been at the club for 21 years, becoming their all-time goalscorer with 682, broke down in tears before giving a speech and was greeted by a lengthy standing ovation from the media, current and former team mates and coaches in attendance.

It was noticeable that he was not accompanied by Laporta or any of the other Barcelona directors during the act.

All 35 trophies he won during his time at the club were laid out for what the club described would be a private photo session after the news conference.

© Copyright 2021 Reuters Limited. All rights reserved. Republication or redistribution of Reuters content, including by framing or similar means, is expressly prohibited without the prior written consent of Reuters. Reuters shall not be liable for any errors or delays in the content, or for any actions taken in reliance thereon.
Related News: Lionel Messi, FC Barcelona, Paris St Germain, Mauricio Pochettino, Barca
COMMENT
Print this article 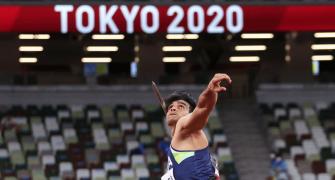 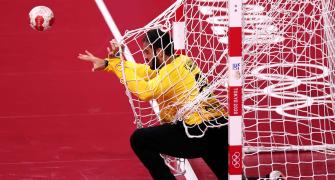 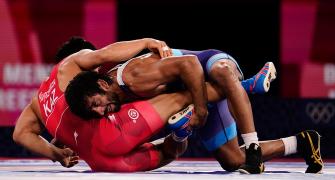 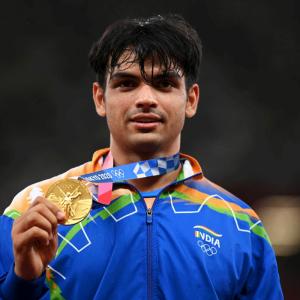